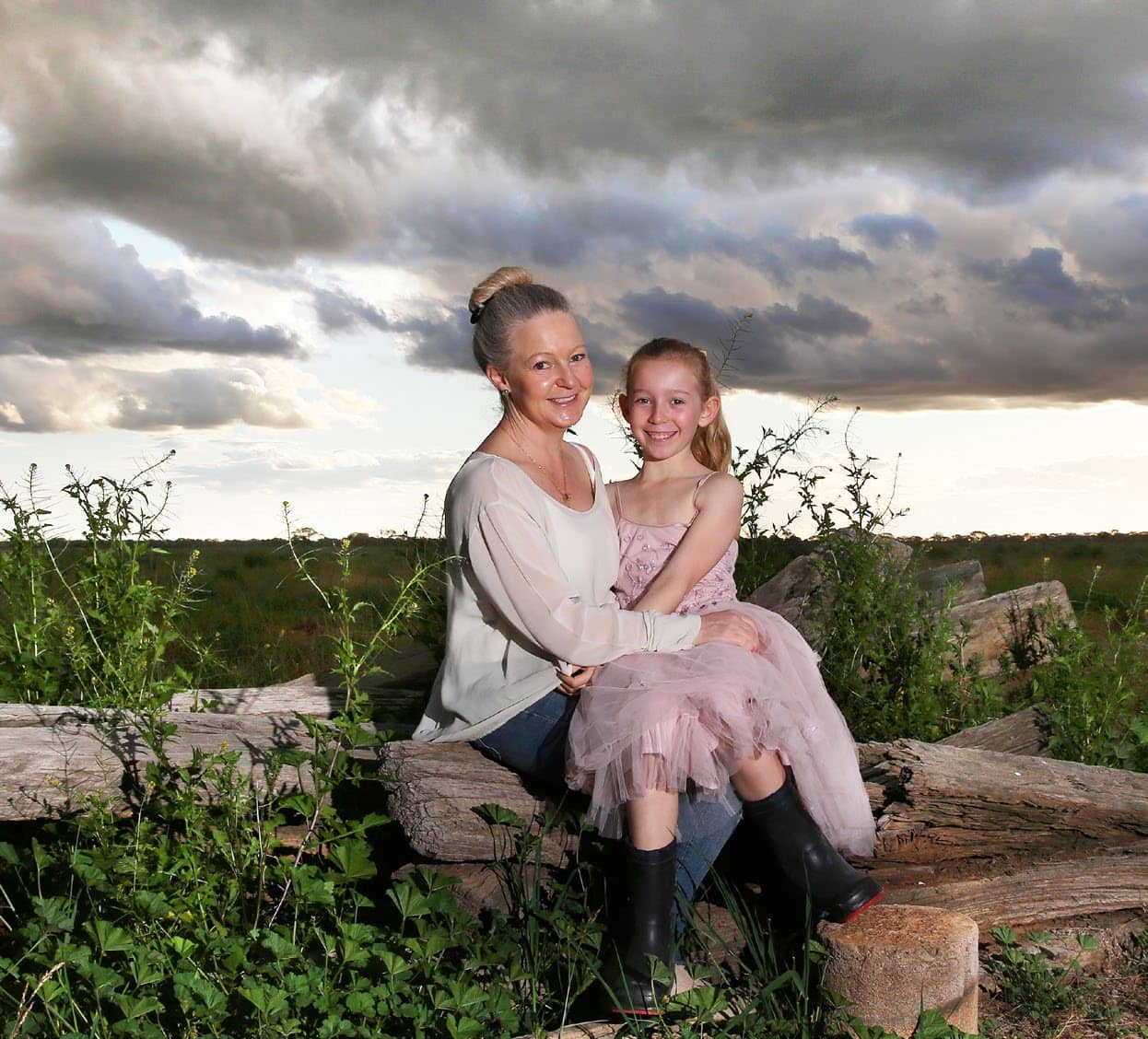 Farmer Marcia Macmillan’s photo became a symbol of drought around the world, but look at her home now…

Marcia Macmillan was wandering through a barren paddock with her young daughter Raphaella when she looked up and saw the wall of red rumbling towards them.

The property they call home just outside of Nyngan, in central-western NSW, had already been smothered once by a dust storm that day in January, as one of the worst droughts on record took an even tighter grip.

So when her nine-year-old daughter, a “quintessential farm girl who likes to dress up”, ran back towards Mother Nature’s fury, Marcia grabbed her phone and took the shot.

The result was a photograph that would float around the world like an electronic dust storm, picked up by international news media and winning her a coveted landscape award.

“It was after five in the afternoon, and we were over checking the water level of our house dam, as it was getting dangerously low,” recalls Marcia, 46, a specialist hearing teacher who didn’t even own a camera at the time.

“We were strolling across the paddock towards home and glanced back to see yet another dust storm approaching. My daughter and I sighed, as this was the second for that day and at least the fourth, if not fifth, for that week.