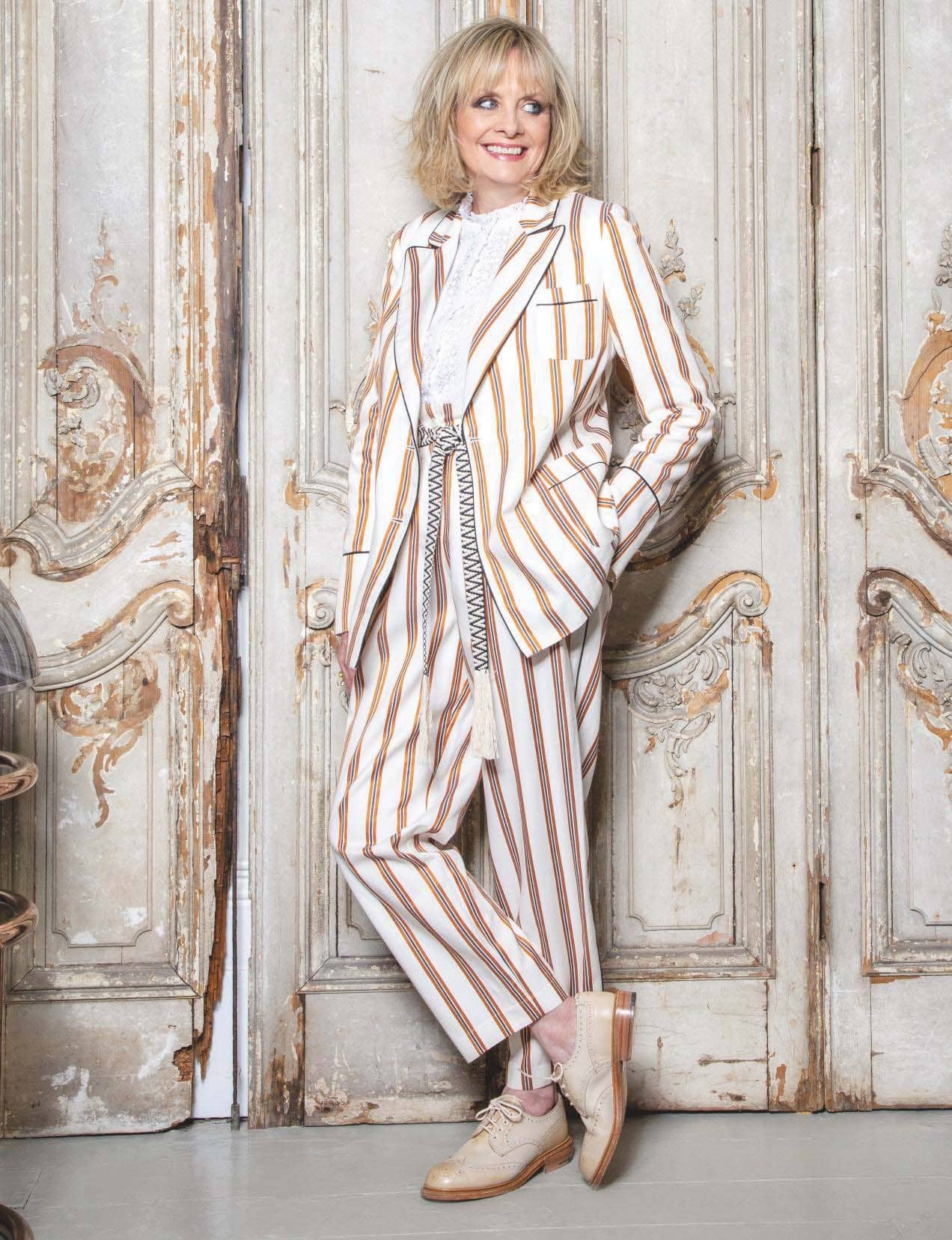 As one of the most iconic British models of all time, it comes as no surprise to us when Twiggy arrives at our cover shoot in north London ready to pose up a storm. Shooting Twiggy is photographer Brian Aris and, as she steps in front of the backdrop and slips into her trademark pose, he’s on his knees fiddling with the camera. “Now you’re a Dame, is this my new position?” Brian asks. “Yes, stay there,” Twiggy replies, with a wink. They’ve worked together countless times so this is a glimpse of what Twiggy is like around people she knows well – there are a lot of laughs and stories told in-between shots.

When she’s not sharing how husband Leigh Lawson feels about burgundy nails – “he hates them, he always says it looks like I’ve caught my fingers in the door” – or complaining in jest about a suit jacket having fake pockets, which is, in her words, “quite boring”, Twiggy is singing – today she’s got Always on my Mind stuck in her head. Despite her incredible 54-year career – from being branded The Face of ’66 to becoming a Dame earlier this year – there are no airs and graces. During the breaks it’s shoes off, slippers on and a nice cup of tea and, as Twiggy takes us down memory lane, it’s like sitting down for a chat with an old friend…

When the letter about my damehood came through, I had no prior inkling at all.

Often one thinks people know what’s going to happen – I didn’t! It came about a month before Christmas and I didn’t really think much when I started to open it. It was the morning and my husband and I were in the same room, and I kind of went, “Oh my God! Oh no, oh no!” And he said, “What’s the matter?’ I said, “No, no, no, I think it’s good.” Because it was such a surprise.

They give you a number to call because it’s a lot to take in and I wasn’t 100% sure what it meant.