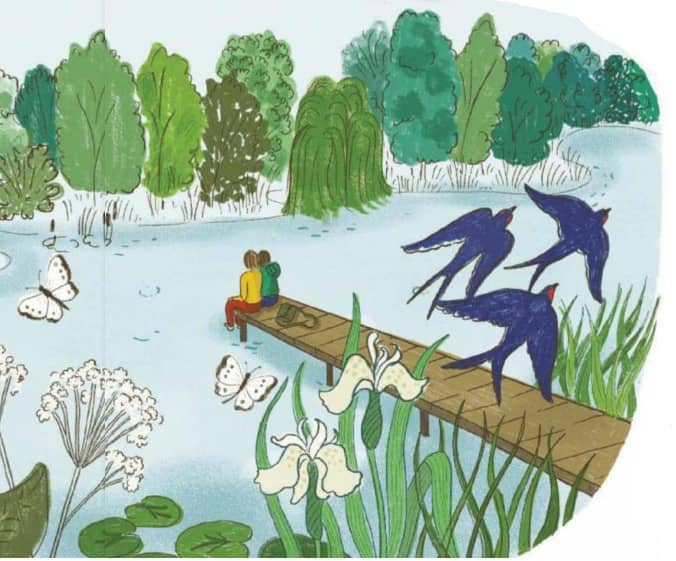 THE STORY SO FAR: Trish Hollis is shocked when her ex-boyfriend Paul returns to their home town, Millvale. And not only has he returned but, after a chance encounter, he’s also realised that he is the father of Trish’s 17-year-old son, Nate – not her late husband Eric. Having never confessed the truth to Nate, Trish is terrified that Paul will reveal all, despite her and Eric having always planning on telling him at the right time. Meanwhile, Paul’s wife Luisa, who is Nate’s art teacher, had noticed the way Trish and Paul reacted to each other when they met, and the way that Paul looked at Nate. She’s at school one day, when she meets Trish, who is waiting for Nate to collect a painting. Trish and Luisa then find themselves alone in an empty classroom and it seems the truth is about to come out…

Trish and Luisa faced each other once more in the empty classroom.

Luisa took a deep breath. ‘I think it’s time we spoke plainly to each other.’

Trish’s face confirmed it. ‘But there’s nothing between us now!’ she gasped.

‘He said that also. But how far back does that flame go?’

‘How do you mean?’ murmured Trish.

Luisa pushed back her hair. ‘Perhaps…’ she hesitated, then… ‘No, I will ask!’ she muttered fiercely to herself. ‘I must ask, Mrs Hollis, what is Nate to Paul?’

‘Nate! I… oh my goodness,’ gulped Trish. She put her hands up to her face, then took them away to say bitterly, ‘He told you! When he promised he wouldn’t tell anyone, I…I assumed that included you!’

Luisa’s legs buckled under her. So it was true.

Trish sat down opposite and clutched her arm. Luisa noted dully that Trish’s expression was now one of alarm mixed with relief. She didn’t have to pretend any more.

‘I’m sorry, Luisa! Paul had no business telling you off his own bat…’

‘He didn’t,’ interrupted Luisa listlessly. ‘I suspected, after you and Paul met the other night. In a way, I’m glad you’ve confirmed it. I might have gone home and blurted out my question to Paul. You can tell me your version first.’

Trish gave a low groan. ‘The only person who doesn’t know now is Nate! I discovered I was pregnant after Paul and I had split up and he’d moved abroad. He didn’t abandon us. I had a lot on my plate – my dad wasn’t in a good place. It was just… I didn’t think Paul was coming back. Because that was what he’d told me.’

‘So he hasn’t returned to be near Nate?’

‘He had no idea he existed.’ Impulsively, Trish squeezed her hand. ‘I believe he planned to tell you when the time was right.’

‘For him, you mean. And Nate?’ added Luisa. ‘When will the time be right for him?’

Trish shook her head. ‘We’re all playing it by ear. I know this bombshell isn’t fair on you. Perhaps if you do talk to Paul next…’

‘I will.’ Luisa rose on trembling legs. ‘I have to know where my marriage goes from here.’

‘Luisa, Paul promised he wouldn’t do anything impulsive about telling Nate. Try to hold him to that.’

‘Yours is the influence that will count. And think of Nate. We wouldn’t want to upset him so close to getting his scholarship.’

Luisa had to acknowledge that Trish was thinking like a mother, protecting her cub.

‘I’m sorry to be blunt,’ said Trish. ‘But like you said, it’s time for plain speaking.’

They moved to the door together, Luisa opening it. She turned to Trish. ‘I must think about all this.’

‘Of course,’ Trish mumbled. ‘I understand.’ Then, dropping her gaze, she sped off up the corridor.

Once alone, Luisa sat again, head in her hands. Her star pupil – had she been drawn to his talent because, at some level, he reminded her of Paul?

She listened to thudding feet and raised voices elsewhere in the school. Where did her marriage go from here? If she never confronted Paul, would he be man enough to tell her himself?