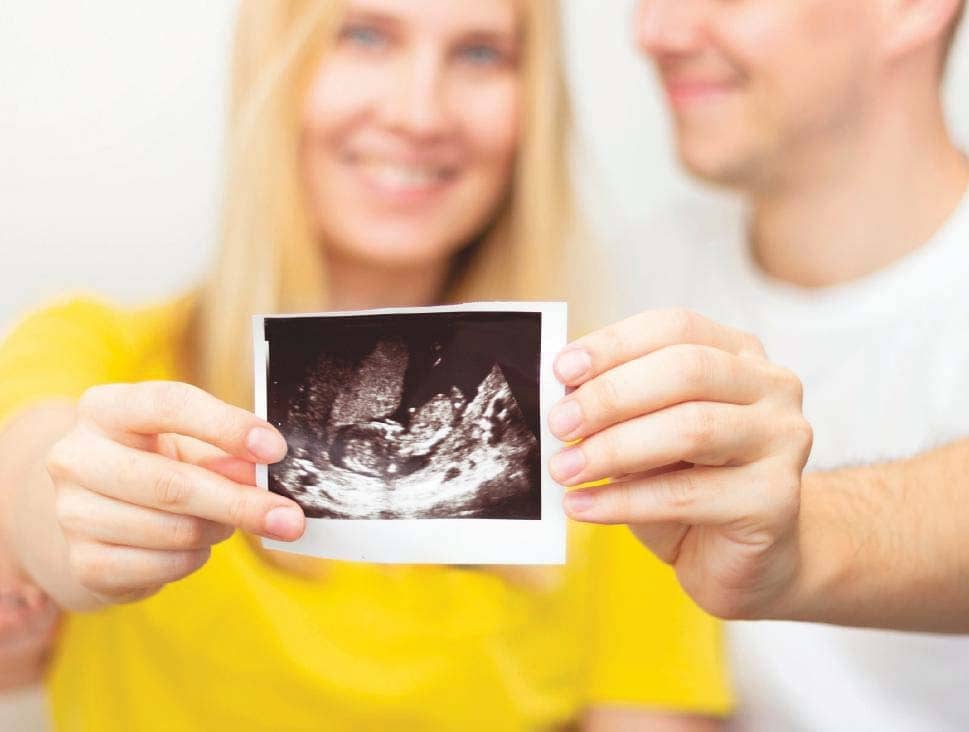 As soon as Julia told him her life-changing news, she saw his face grow pale

Julia’s three minutes were up. Holding the stick, she opened the bathroom door and went into the bedroom, where Mark was changing into his training gear. ‘Jules… What’s wrong?’

Mark’s anxious gaze took in her pale face, then the stick in her hand. He turned pale himself. ‘Jules, are you?’

‘I’m pregnant, Mark,’ she confirmed quietly. ‘I’ve suspected it for a while now.’

His hands dangled at his side, one foot socked, the other bare. He knew he was getting his initial response all wrong. He should have acted on his second instinct, to leap across the room and sweep her up in a big hug, erasing that pale, scared look from her face. But honestly, she’d knocked him for six!

They’d been going out for a year, but had only been living together for three months. The spare room was full of half-assembled gym equipment. They were still adjusting to ‘his and hers’ routines. Tuesday night was darts night for him at The Bell with the guys from his rugby club. Wednesday was match night itself, Saturday was training. On Wednesdays, Julia went to yoga and then had a drink afterwards with her scary friends Debs and Sue. Whoever got in first from work started the evening meal. It was all finely balanced, and now – this!

He knew he should adjust his face muscles to ‘shocked, but delighted’, only they’d got stuck on ‘shocked’.

He took a deep breath.

‘Must have been the weekend we hired that cottage. You remember, TV on the blink, no Wi-Fi, long nights in by the fire…’

As he cast his mind back to their weekend in the Peak District, Julia watched him carefully. ‘You don’t blame me, do you?’ Although she was pink with defiance, it came out in a small voice and he quickly recovered.

‘Don’t use the word “blame”, Jules. Sorry if I sounded less than thrilled. It’s just come as a massive shock – to both of us,’ he pointed out. ‘I mean, we agreed kids were a long way down the road. But now it’s happened,’ he said bravely, crossing the room to hug her, ‘it’s great, fantastic! We’ll adjust everything to factor in a little person.’

Julia sighed. ‘Adjust’ was very much a Mark word. She wanted to say that life wasn’t a waistband that you could let out, but felt too emotional to make jokes.

She was probably all wrong with her expectations for his response. And he was still only half-trained – he seemed to think he could flit off to The Bell at every given moment, and constantly left his wet towel on the bathroom floor after showering. He was still a ‘work in progress’, according to Debs and Sue.

Half an hour after the bombshell had gone off, Mark was ready for his training session as a member of the Old Faithfuls RFC. He’d belonged to the club since college days. ‘Right, see you later, darling.’

‘Have a good workout.’

They stared at each other, conscious that they were acting parts that no longer fitted the usual script.

‘Er – listen, Mark, we should keep this quiet for a bit. It’s very early days. Better not even tell our parents.’

Especially your mum, she thought. Yvonne was lovely, but not exactly known for her discretion.

‘I hear you,’ nodded Mark, thinking, if your mum knew, she’d insist on moving in with us on the spot! ‘Don’t worry, Jules, this is our secret.’

‘I don’t think Mark is too thrilled,’ Julia told Debs and Sue an hour later, having cracked after half an hour and called them to the house for a top-level summit meeting. ‘Obviously, it wasn’t on the immediate agenda for either of us.’

Hearing the wobble in her voice, her two friends embraced her.

‘And so what if the timing’s less than perfect?’ shrugged Sue. ‘Babies have a way of throwing plans off schedule, but you’ve always wanted to be a mum.’

Julia nodded. ‘I know. Now it’s happened, I’m starting to come round to the idea. I’m excited, even. But Mark…’