The Man I Love Isn't Coming Back 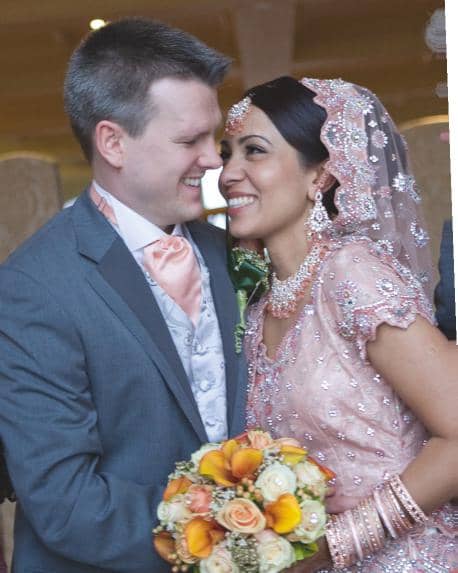 Shaz Hetherington, 42, was pregnant with her first child when she got heartbreaking news.

Making my way across theâ€‹ office, I heard a roar of laughter erupt from a corner of the room as the Christmas party got into full swing. A man in a dishevelled suit and bright paper hat had his colleagues bewitched, laughing at his every joke. I couldn’t stop looking at him as he already had me under his charm, too. ‘Who’s that?’ I asked my friend. Working for a bank, there were thousands of people in our building, and I’d never seen him before.

Before I knew it, she’d nudged me over until I was standing a foot away from this charming stranger. ‘So you’re Shaz?’ he grinned, explaining that his colleagues had spoken about me. ‘I’m David.’ After a quick chat, we parted ways.

Then, months later, he asked me out on a date. But, cautious because we were colleagues, I turned him down. It took months of persuasion but, in August 2006, David finally talked me round.

We took our time – casual dinners and fun days out. Six months into our relationship, in February 2007, my dad, Abdul, 68, died from a cardiac arrest, and a month later, my mum, Asia, 63, passed away in the same way. It was the hardest time of my life, but David was there. It was then I realised how special he was.

In February 2010, we got married – and by the following March, I was pregnant.

We’d talk about baby names every day and had drawn up the pros and cons about what pram to buy. But months into my pregnancy, David started to complain that he couldn’t get his words out at work meetings, often stuttering or unable to speak at all for a few seconds. He saw a doctor, who referred him for an MRI scan. ‘I’m sure it’s nothing,’ he told me.

I was 31 weeks pregnant when we sat opposite the doctor to hear the results of the scan. ‘There’s a mass on your brain,’ he said. Instinctively, I grabbed my bump with one hand and clasped David’s arm with the other. I could feel the blood rush from my head and David’s body trembling.