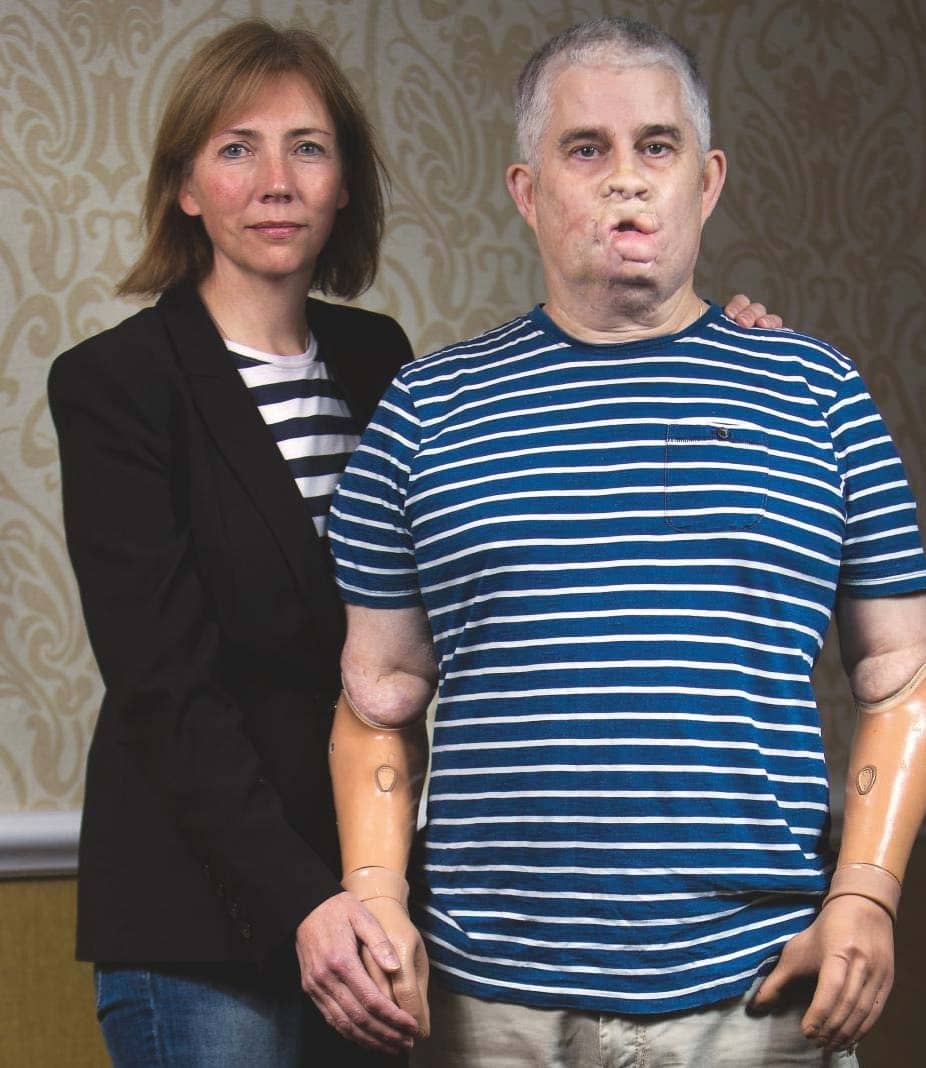 When Nicola Ray, 57, needed her husband the most, only drastic action could save him

Holding my baby bump, I looked at my husband Tom’s grey face and the wires snaking across his body into the machines keeping him alive. He was in an induced coma, having being struck down by sepsis, and now doctors needed to amputate both his arms and legs, as well as some of his facial features. I knew life would never be the same again – but, right then, I only cared that he survived.

Tom and I first met at university in 1980. Back then, we were both in relationships, so our mutual affection only went as far as a lingering look. After graduation, I didn’t see him for 15 years – until, in 1995, he tracked me down using an old number he’d unearthed from the university yearbook.

We quickly fell in love, moved into a lakeside cottage in Rutland, and our daughter, Grace, was born in April 1997. Tom had never known his own dad and was determined to be a devoted father, so he left his job in corporate banking to look after Gracefull-time, while I worked – building my film-directing business.

Two years on, we were expecting again, this time a little boy. But on 8 December 1999, a month from my due date, I awoke to hear Tom being sick in the bathroom. By 7am, he couldn’t keep anything down and his eyes were sensitive to the light. ‘It’sman flu,’ I joked – but over the next few hours, Tom deteriorated rapidly, and after dropping Grace at my mum’s, I returned to find him barely conscious on the sofa, his lips blue and his breathing rapid.