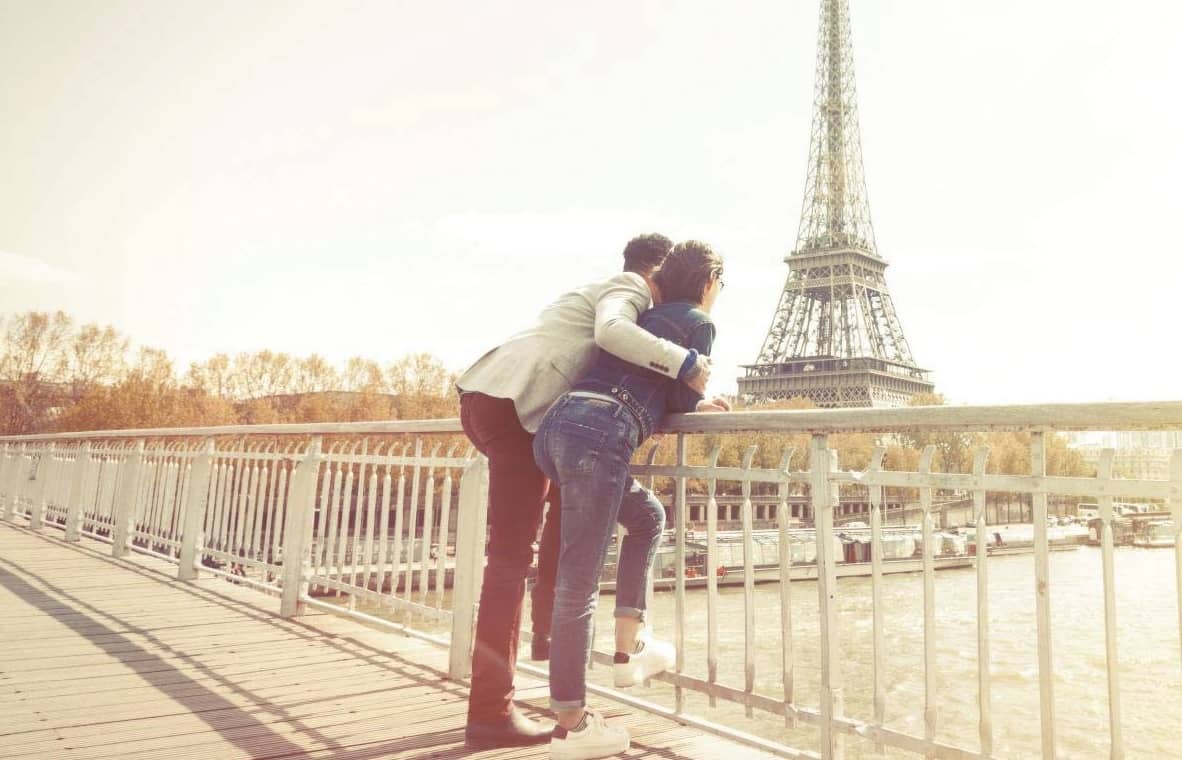 Justin had a knack for making the most interesting of places seem deadly dull. Would this holiday be any different?

Kaitlyn gazed at the Eiffel Tower. From where she was standing at the top of the Arc De Triomphe, the Tower appeared to be balancing on the rooftops. When the sun emerged from behind the clouds and caressed the wrought-iron structure it looked like a giant, glittery cobweb.

It was an awe-inspiring sight. But it would be even more impressive, Kaitlyn thought, biting her lip, if Ryan was sharing the experience with her.

Kaitlyn rolled her eyes as her stepbrother Justin appeared at her side.

She nodded, hoping if she didn’t reply he would leave her alone. No chance. ‘The Arc De Triomphe is the biggest arch in the world,’ he said. ‘Commissioned by Napoleon in 1806…’

As Justin’s voice droned on, Kaitlyn switched off. Since they’d arrived in Paris four days ago, Justin had given them a running commentary about every place they’d visited – the Tuileries Garden, Notre Dame, the Palais Garnier. Some of what he’d told them was interesting. But this was Paris, for goodness’ sake!

Kaitlyn wanted to soak up the atmosphere, not be bored witless with details about the history and architecture of the buildings. Apparently, David, her stepfather, had worked in Paris after his wife had died 10 years ago. So Justin knew the city well and, annoyingly for Kaitlyn who hated French lessons at school, he spoke the language fluently.

Kaitlyn was delighted that her mother Sarah had remarried. Sarah was happier than she’d been since Kaitlyn’s father had walked out on them six years ago, and Kaitlyn didn’t mind David. He was OK, for a stepdad.

She had to admit, he didn’t look particularly sorry

As for Justin, Kaitlyn couldn’t think of anything positive to say about suddenly acquiring an older brother. It wasn’t that she disliked Justin; he was always pleasant towards her. But he was super-brainy, self-assured and outgoing, while she tended to be introverted.

He was three years older than she was, so he’d got the biggest bedroom when they’d moved into their new house, and he spent ages in the bathroom getting ready for college in the mornings. Thankfully, he spent most of his free time glued to his laptop or out with his mates, so, apart from occasional mealtimes, Kaitlyn hardly ever saw him.

This family holiday was also a honeymoon for her mother and David, who’d tied the knot a few months earlier. Sarah had told Kaitlyn she could bring a friend, so Kaitlyn had invited her boyfriend Ryan.

‘Count me in!’ Ryan had replied when she’d told him about Paris and the apartment David had rented.