My five-year-old is a tech whizz 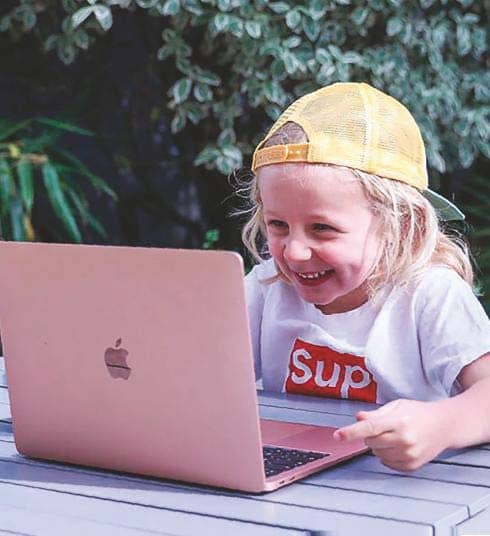 Rocco has loved tech from a really young age – he’d play games on my phone or iPad from about 18 months. He’ll play on anything he can get his hands on – phones, iPods, laptops. He’s so cheeky, he’ll try to sneak my phone away from me, or go into our bedroom and grab my phone while I’m in the shower.

Rocco, five, also has his own iPad, but it’s one of our old ones – his dad, Haydn, 46, and I didn’t buy it especially for him. Minecraft and Roblox are his favourite apps – Roblox has hundreds of different games on it. He’s so much of a tech whizz that, within a day of lockdown, he developed four of his own games on there. He said, ‘Mummy, you’ve got to look at my studio. I’ve built some games.’

If he could, Rocco would sit on his iPad all day. I let him play for up to two hours if I’m on a work call and I’m distracted – we break it up, but he could be on there for six hours over the course of a day. I need to keep him occupied when I’m working. When he’s playing on his computer, I know he’s safe, not running around the house where he could fall and hurt himself.

I also know it’s going to keep him quiet, so if I get a phone call he won’t be screaming or fighting with his sister, Fleur, 10, in the background. But his hobby is definitely not cheaper than a babysitter.