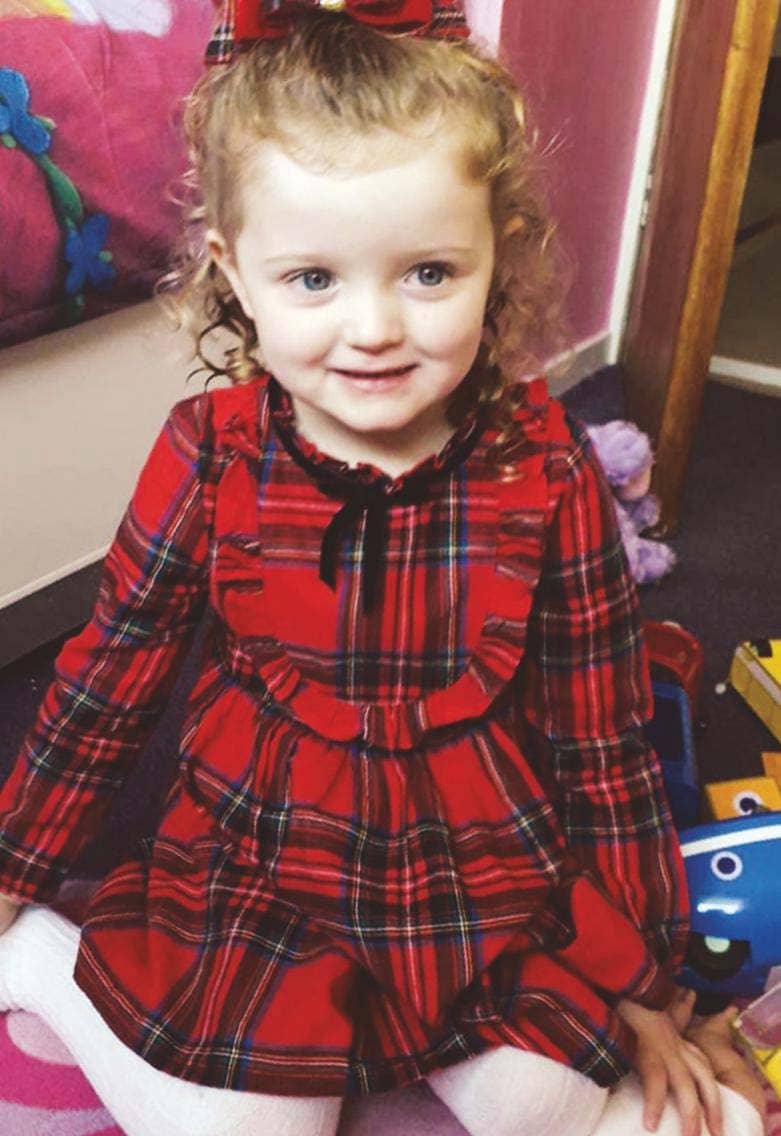 Yet all Lori Mullen, 34, would leave hospital with was a lock of her little girl’s hair

As the first notes of Ed Sheeran’s latest hit played on the radio, my little girl Harper, three, clambered to her feet. ‘Watch me, Mummy,’ she grinned, spinning around to the music and showing off her dance moves. And I daren’t refuse: from the moment she’d been born in June 2015, Harper was a mini-tornado. Her big brother, Cayden, then 12, and I watched from the sofa, laughing while Harper twirled, pouted and jiggled in time to the music.

We nicknamed Harper our little Shirley Temple, with her blonde ringlets and almighty tantrums. The kids’ dad, Andrew, 41, and I had separated when Harper was a baby, but we’d stayed friends and worked out a routine with the kids. We all adored Harper, happy to make her the centre of attention when she danced around the room.

A few days later, on 7 March 2019, Harper woke up with a temperature of 38.5C. ‘Do you feel OK?’ I asked, but she was her usual self, laughing and chatting, so I assumed she’d just picked up a bug at nursery.

Only, by the afternoon, she looked very pale, and when I checked her temperature again, I realised it’d shot up to 41.5C. Worried, my first thought was that it could be meningitis, so I lifted up Harper’s top. A red rash had spread across her tummy. When I used a glass to check if the rash would disappear, I couldn't tell if it did, so I called an ambulance, which took us to hospital. Sitting on my knee in the waiting room, Harper seemed to perk up a bit. ‘I’m hungry,’ she said. Her temperature had come down slightly, too, and the doctor took both as a good sign. She had diarrhoea, though, and I was advised to give her plenty of fluids.

‘It could be a stomach bug,’ the doctor said. Taking Harper home, I tucked her up in bed with me. It was a rough night, though, with her waking up every few hours, either screaming and hallucinating or running to the toilet. I drifted in and out of sleep, waking when I heard Harper’s footsteps running to the bathroom, or to soothe her back to sleep.