‘I've Sacrificed A Lot For My Career'

For many of us, Holly Willoughby is a ray of sunshine on our TV screens in the mornings.

But, behind her bubbly personality, Holly is ‘riddled with guilt’ that the career she’s built is interfering with raising the three children she shares with TV producer husband Dan Baldwin – Harry, 11, Belle, nine and Chester, five.

When she’s not fronting This Morning with co-host and best pal Phillip Schofield, the duo are overseeing Dancing on Ice, as well as presenting, Holly’s lucrative deals with the likes of M&S and Garnier mean she’s worth an estimated £10 million. But it’s all come at a cost. 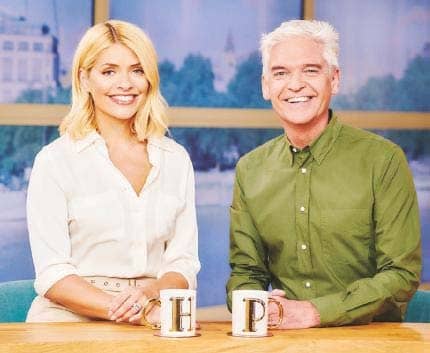 One person Holly can rely on to share the parental burden is her husband of 12 years Dan Baldwin. The pair met after working together on children’s show Ministry of Mayhem, and his ongoing support means she’s been able to continue working on This Morning throughout lockdown.