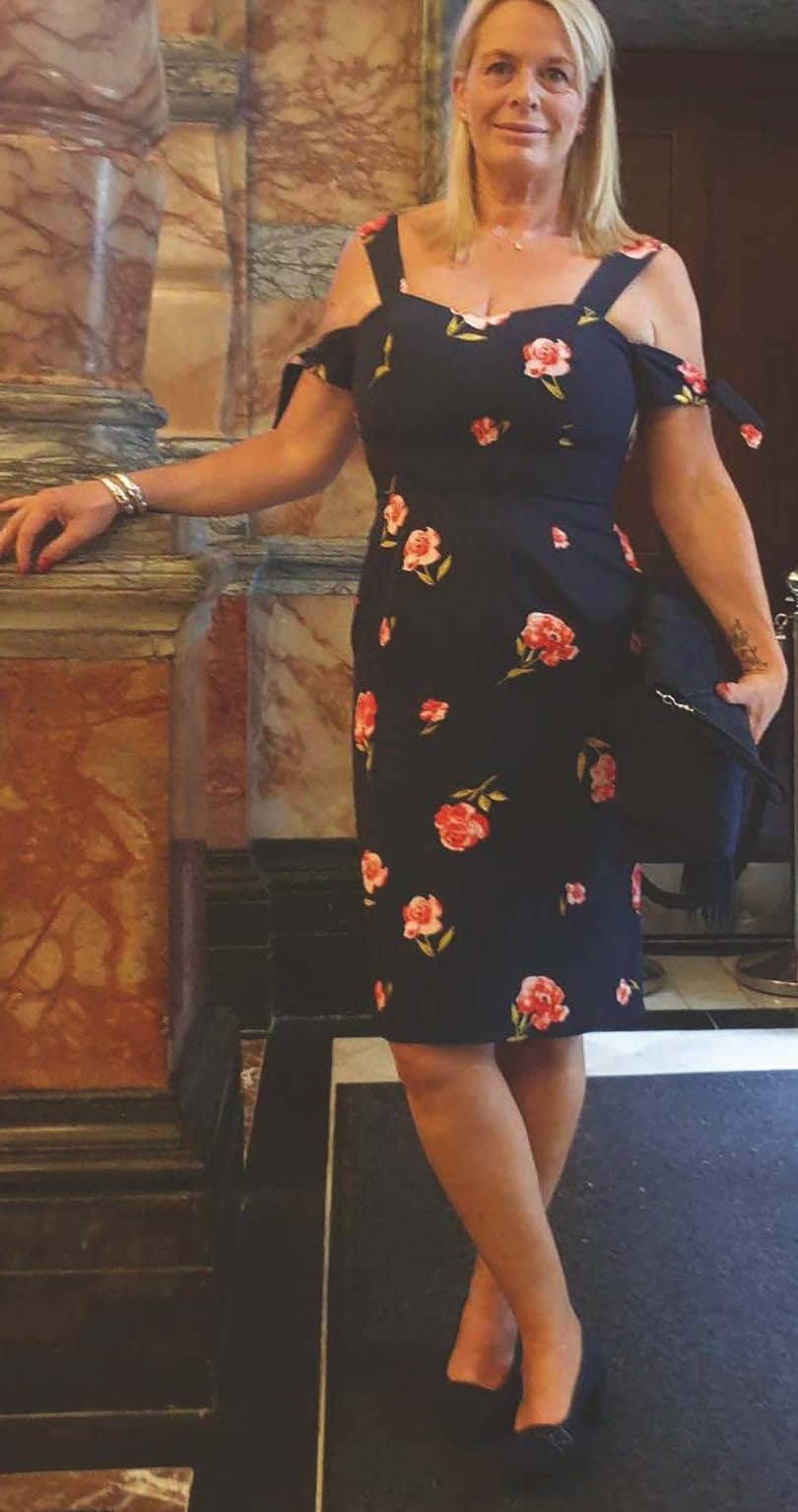 Kate Harding, 49, realised she couldn’t care for her family without looking after her own health first on like this I couldn’t go

Swinging my leg over the back of RAF Flight Lieutenant Carl Harding's motorbike as he picked me up for our first date, I gripped his waist and held on tight.

Back then, in 1990, Carl, then 26, was a bit of a bad boy, but I knew I could tame him. Six years later, while Carl still loved his motorbike, we were happily married with our first baby on the way.

Only, one evening in February 1997, when I was three months pregnant, Carl called to say he'd be working late on the base. ‘I’ll keep your dinner warm,’ I said. Hours later, his baked white fish was drying out and there was still no sign of him. Then the phone rang. It was Carl’s boss.

‘Carl's been in an accident,’ he said. I rushed to the Queen’s Medical Centre in Nottingham where Carl was having life-saving surgery. He'd been riding his bike home when he was hit head-on by a car driving on the wrong side of the road and thrown into a ditch. The driver was prosecuted and received a two-year sentence but Carl came off worse. He’d fractured his spine, wrists,ribs, suffered two punctured lungs and a head injury.

‘He’ll never walk again,’ a doctor said, and I just remember sobbing, feeling like our life together, which was only just beginning, was over. Carl was transferred to Stoke Mandeville Hospital where, devastated by his injuries, he faced a long mental and physical recovery.

I bumbled through the next months in a haze, moving back in with my parents, Steven, then 54, and Diana, 52, and spending every day shuttling to and from hospital. That was when I first began to comfort-eat. I’d always been proud of my size 12 figure, but with my husband paralysed from the chest down, my appearance was the least of my worries.

I survived on snacks from vending machines and canteen sandwiches loaded with mayonnaise. The stress gave me terrible reflux, so on my way home I’d stop for a vanilla milkshake.