Why does the world want to #FREEBRITNEY

Despite being one of the bestselling female artists in the world, Britney Spears has had no control over her finances or personal life since 2008.

The mum-of-two was placed under a conservatorship after suffering a series of very public mental health battles – meaning her father, Jamie Spears, and a lawyer have essentially managed her life for more than a decade.

But fans of Britney, 38, are now protesting to have her released from guardianship, with some suggesting that she is fighting for her freedom. 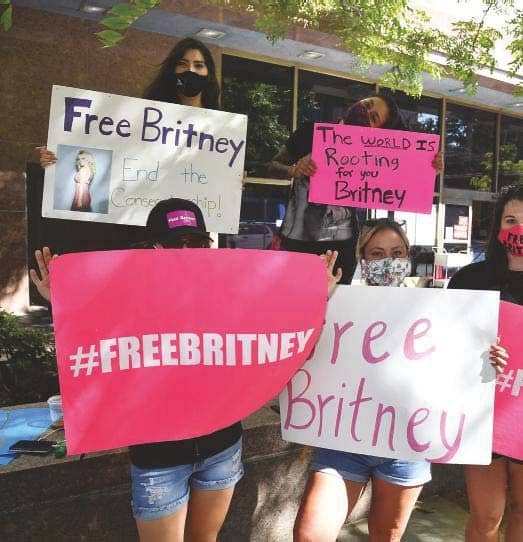 Most of us remember the shocking pictures of Britney in 2007, shortly after her divorce from second husband Kevin Federline, when she was seen shaving her head and attacking a photographer’s car with an umbrella. Britney was placed under conservatorship after spending time in psychiatric care. But some of her supporters think she was forced into the guardianship and that her team are now using it to control her. Their reasons? Aside from a string of recent social media posts from the Slave 4 U singer, which have been described by some as ‘erratic’, conservatorships are usually granted for those with dementia or other serious mental illnesses.