Sailing around the world SAVED MY MARRIAGE 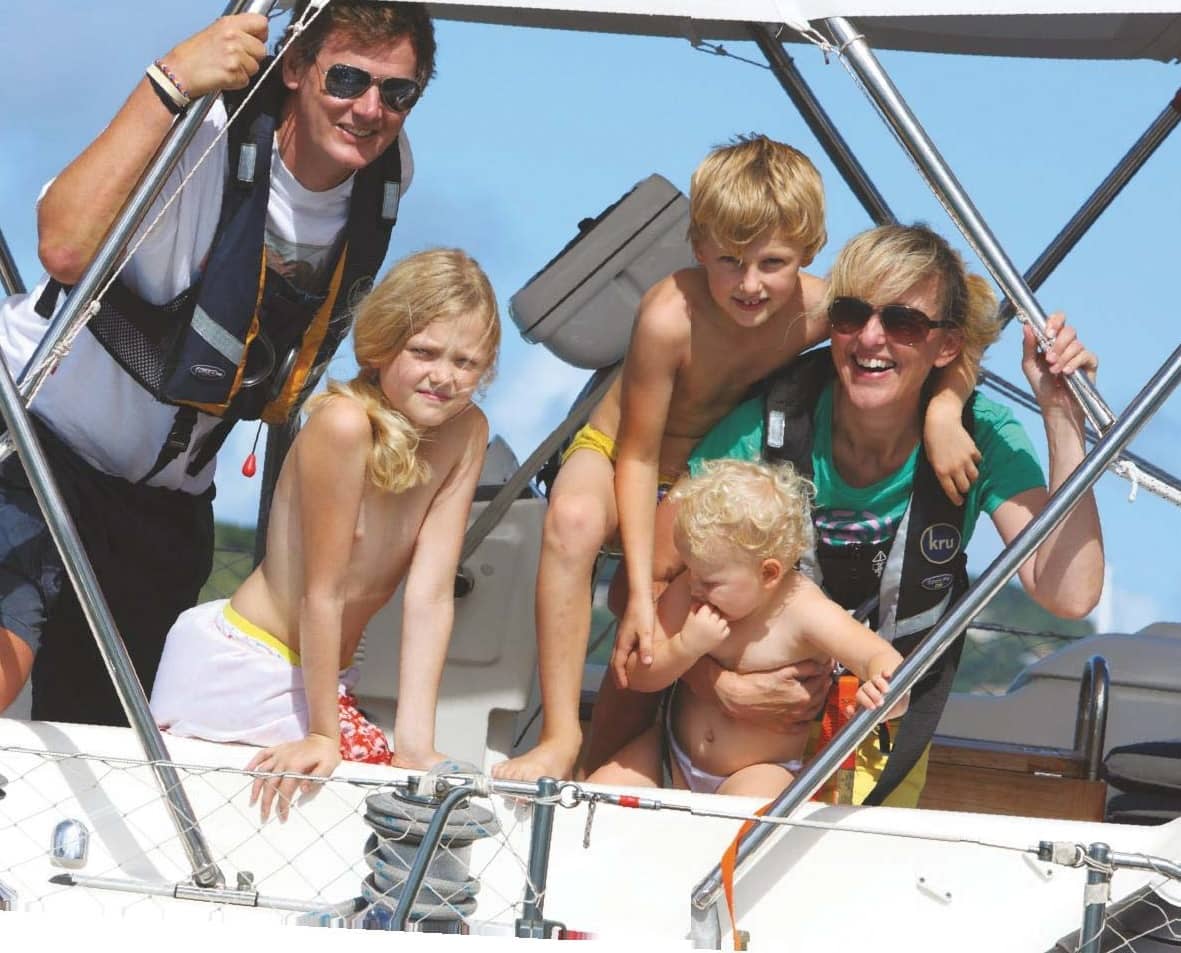 Struggling with the monotony of modern life, Nichola Craven and her family took to the seas

We’re deep in the Pacific Ocean, 500 miles from land, when the engine of our 53ft sailboat, Aretha, cuts out. My husband, Caspar, and I are unable to determine the cause of our power failure, and with no navigation, no communications, no lights, we’re dead in the water. Soon, it’s pitch black, and the wind is howling around us as our boat is tossed around in 30ft waves.

When we’d planned to take our three children on a sailing adventure around the world, this wasn’t quite what we’d imagined. Yet, rather than panic, although it’s tempting, an exhausted Caspar and I launch into the practice mode, using the sails to push us along and taking turns to hand steer the boat to safety. It takes five days – but by the end, our marriage is stronger than ever.

It was 2009 when I had the wild idea at Caspar’s sister’s birthday party. People were chatting about a family in the news who’d taken their kids sailing around the world, saying it was crazy, yet I thought it sounded great. I’d enjoyed Interrailing across Europe and backpacking after university.

‘Shall we do it? Sail around the world with the kids?’ I asked Caspar during the drive home. At that point, we had two children, Bluebell, then four, and Columbus, two. I’d never sailed but Caspar was a seasoned sailor, having grown up around boats.

He’d even competed in a round-the-world yacht race in 2000 and took no convincing.

We’d been married five years and were both struggling under the strain of modern-life pressures. Caspar co-owned a consultancy business, was fed up with the commute to London and working doggedly, while I was exhausted from juggling childcare and being a part-time lawyer. The kids and I barely saw Caspar during his 80-hour weeks, and by the weekends he was exhausted and humorless. It wasn’t a happy existence, and we wanted more from life, so we began thrashing out a plan.