Ruby is our HERO 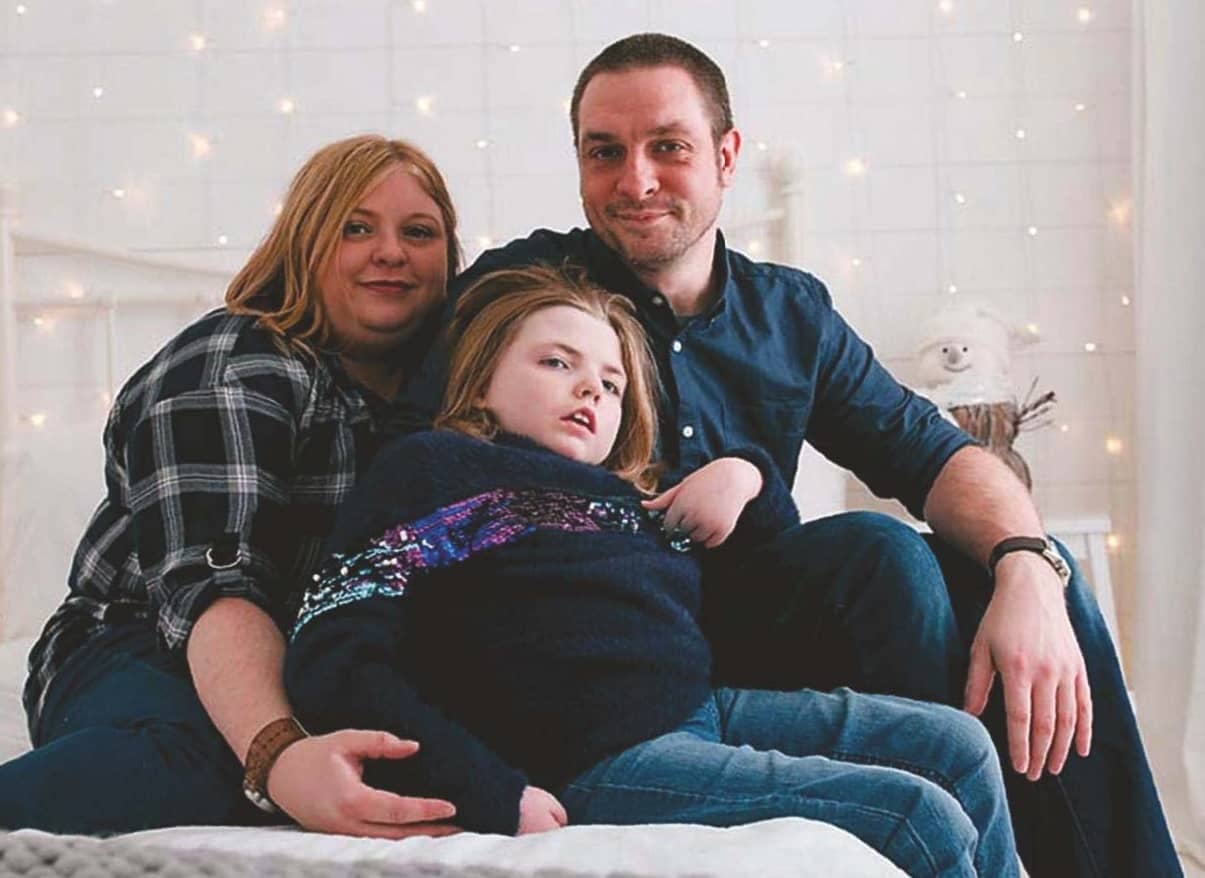 For Laura Sparrow, life as a mum may be challenging, but it has brought so many special and surprising moments, too

Feisty and independent aren’t usually the words that people would think apply to a severely disabled child, but ever since my daughter, Ruby, was diagnosed with the neurological degenerative disorder Rett syndrome, she’s been proving people wrong and surprising them – even me.

Whether she’s using her special computerized eye-gaze machine to spell out ‘you smell’ to her daddy, John, 40, with a wicked glint in her eye, or arching her eyebrow suspiciously when I attempt to read her a book she doesn’t like – with every eye-roll and shake of her legs to say ‘No way!’, Ruby, now nine, has charmed everyone she meets and kept us all on our toes, without being able to say a word.

Of course, when it dawned on John and me that Ruby might be a little different to other babies, we were scared and full of apprehension. Watching her sitting in the middle of the garden grappling with toy bricks on her first birthday, while her little friends crawled and climbed over her, I was immediately struck with how advanced they were compared with her.

Her own little world

All those reassurances from family and friends that ‘she’d catch up’ or ‘every baby is different’ just paled into insignificance when I looked at my little girl, barely sitting up, not engaging with anyone, and seemingly locked inside her own little world.

From that day on, John and I vowed to find out what was wrong with Ruby, only, despite endless doctors’ appointments and tests in hospital, it wasn’t until the day before her second birthday, in August 2012, that a neurologist at Great Ormond Street Hospital finally got to the bottom of it. And it was devastating news.