Mum, Am I Going To Die 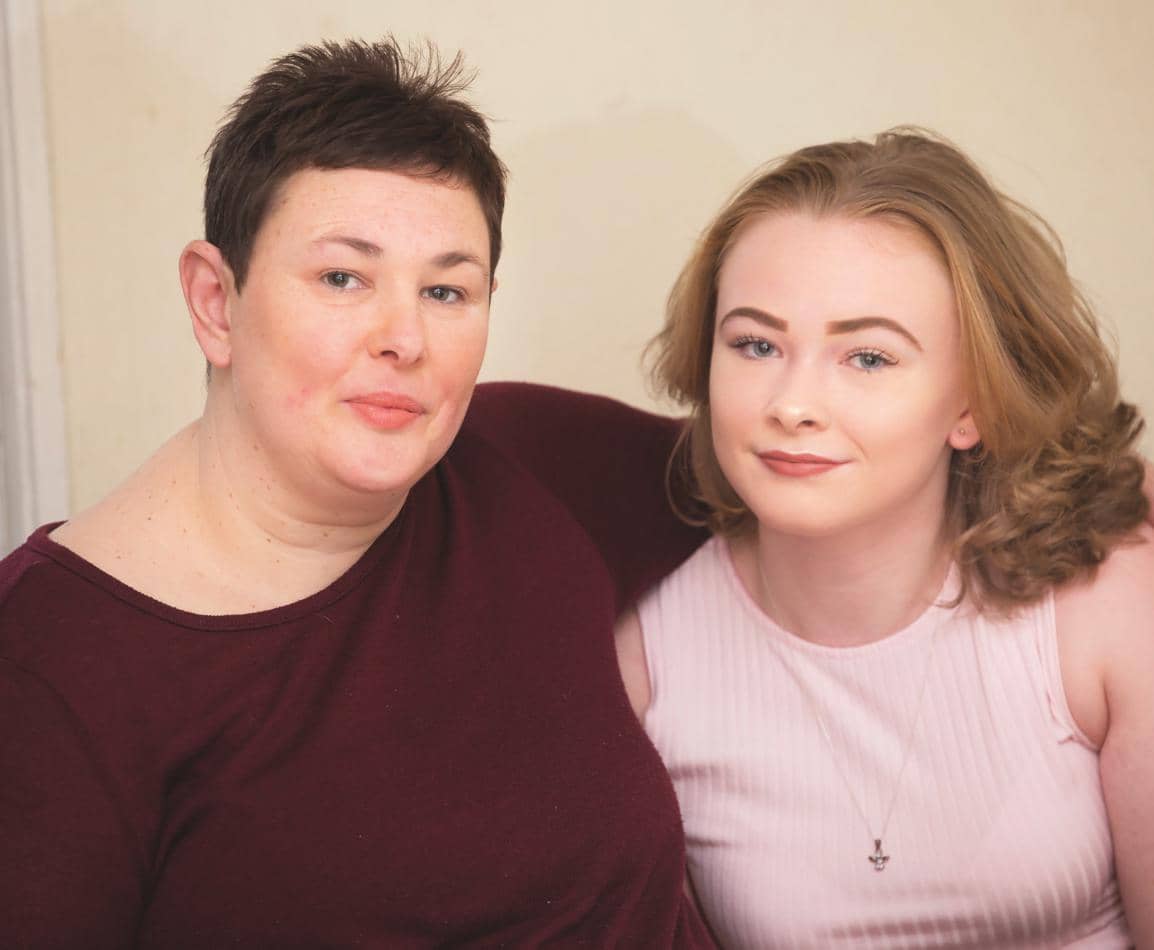 When her 13-year-old daughter was diagnosed with ovarian cancer, Lorraine Donnelly was determined to be honest with her, no matter what

Most parents will admit to telling the odd white lie to their children. ‘Yes, we’re nearly there’ or ‘If you stare at the TV too long you’ll get square eyes’. But what about when your seriously ill daughter asks you if she’s going to die? What do you say then? Answering that was one of the most heartbreaking things I’ve ever had to do, and it’s something I wouldn’t wish on anyone. My daughter, Kayleigh, was 13 when she fell ill in January 2016. It started with a bloated, painful tummy and diffculty going to the toilet. Before that, like most young girls, she loved make-up, fashion and hanging out with her six siblings, especially her big sister Ella, then 15. But as the pain became more severe, she was too exhausted to do anything but lounge on the sofa.

Within a week or so, Kayleigh was struggling to eat anything without clutching her stomach in agony. The GP diagnosed constipation and prescribed laxatives. But when, days later, Kayleighwas no better, I called again. We were given stronger laxatives, and were told to give them time to work through Kayleigh’s system. By now, Kayleigh was starting to lose weight and her skin looked pale and waxy. ‘I’m so worried about her,’ I told my then-husband, Kayleigh’s dad Andrew, then 38.

We begged the GP for more tests, and finally Kayleigh was referred for an X-ray. I hoped it might give us some answers but, when we arrived for Kayleigh’s appointment, we were turned away and told that they didn’t X-ray for constipation. I was distraught, something was telling me this was much more serious than tummy trouble, but no-one was

Every few days, when Kayleigh didn’t improve, I’d call the GP again but still they wouldn’t refer us for any more tests.

By now, Kayleigh had lost a lot of weight – at least a stone – that she didn’t have to lose. I knew her reluctance to eat was the crippling stomach ache, and I didn’t want to force her in case it made her worse, but I was terrified.