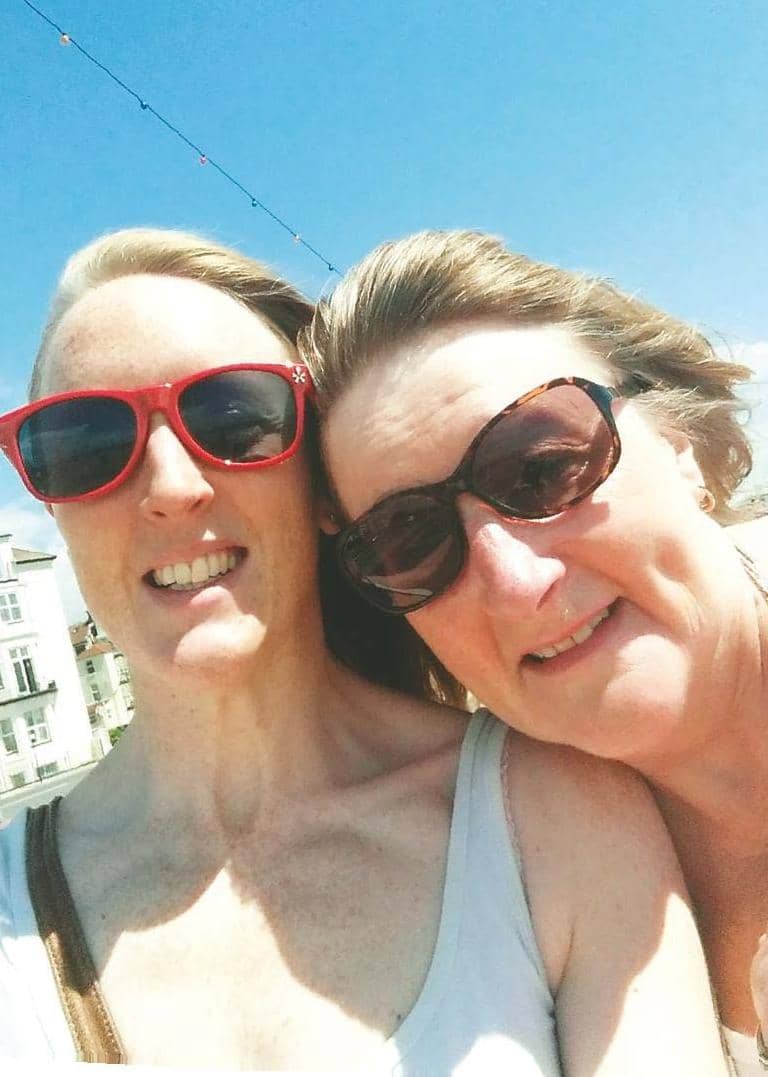 We all have different ways of dealing with the pain of bereavement. Here, two women share the extraordinary things they did after loss

ALICE GREBOT
‘WEIGHTLIFTING WAS MY ONLY RESPITE’

Natalie Weaving, 38, co-owns a marketing agency and lives in Basingstoke,Hampshire, with her son Alfie, eight.

Sweating as I lifted a heavy weight in the gym, all I could think about was the burning feeling coursing through my arms. Then, as I put the weight down, satisfaction washed over me. The truth was my mum, Debbie, was dying of cancer and the endorphins I got weightlifting was my only respite from the mental pain.

Generous, kind and funny, Mum was my best friend. When I was little, she was always there to take me to netball or ice skating, and as I grew up, we got even closer, going to the cinema and on shopping and spa trips.

I was devastated when Mum was diagnosed with lung cancer in September 2013. She was given just six months to live. Initially I went into shock, but knew I had to be brave, especially for my son Alfie, who was 18 months old.

Mum was in shock, too. She continued to defy the odds and fight the cancer, but by December 2016, she’d started to get weaker. I was terrified, but took steps to ensure I’d be in the best place possible to deal with her death.

As well as seeing a counsellor, in April 2017 I took up weightlifting, which I’d done a bit of in my 20s. I loved how powerful it made me feel and how the endorphins gave me a boost. I began personal training with the Strongest Woman in the World 2018 lightweight-category winner, Farah Fonseca, every two weeks, plus I trained alone twice a week. It was tough and to begin with I was sore, but I went from dead-lifting 70kg to 140kg within six months.