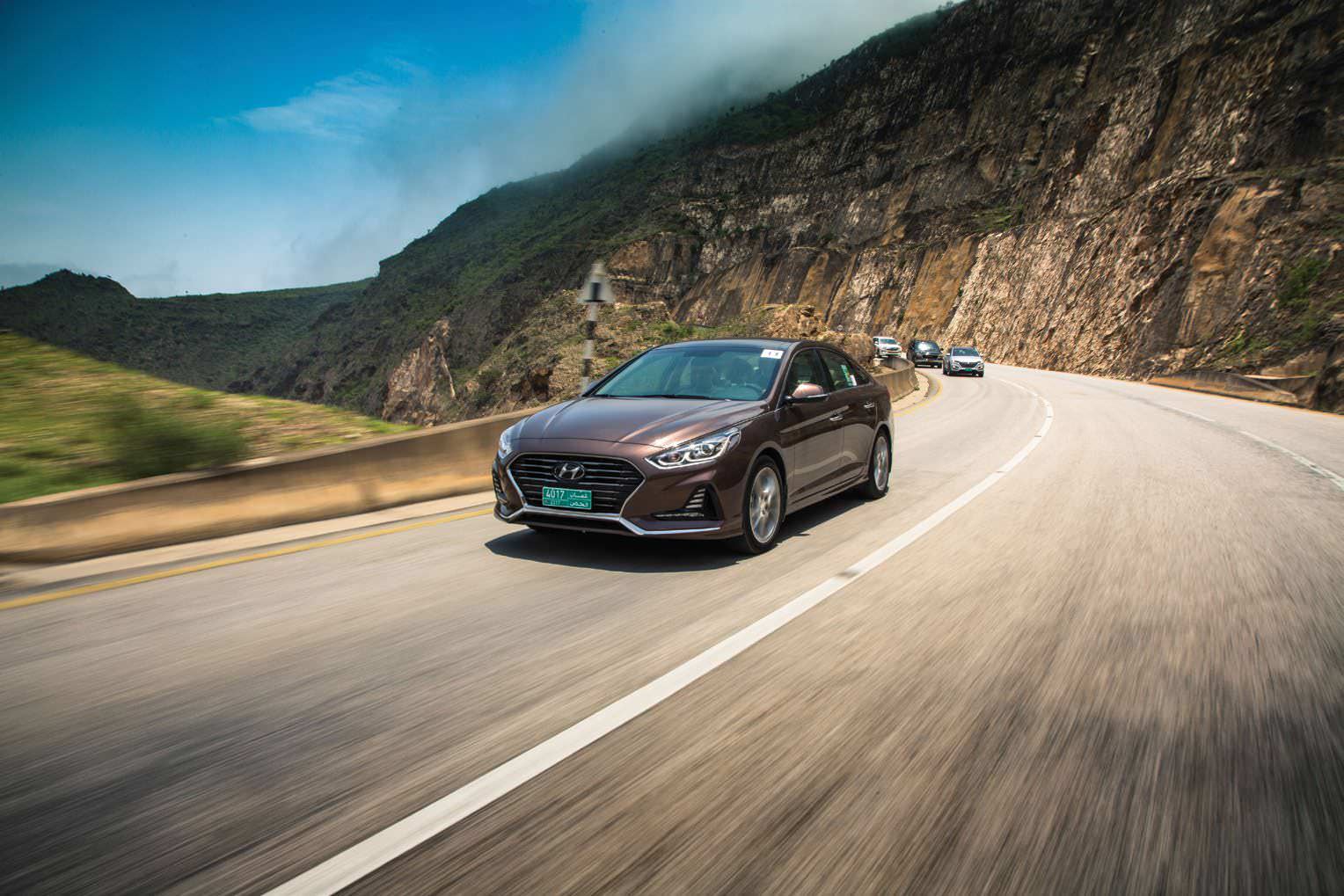 The 2018 Hyundai Sonata features a selection of advanced, all-alloy fourcylinder engines. Options in the Middle East include 2.0 and 2.4-liter MPI engines, 2.4 GDI engine, and a highly developed 2.0-liter turbocharged GDI. Oommen John P checks out the 2018 model at the Sonata Media Test Drive at the picturesque Salalah

The redesigned Hyundai Sonata has officially arrived in Africa and Middle East markets, with a dramatic new exterior design, an impressive list of standard safety features, and new engine and transmission options.

Select journalists from the MENA region got an opportunity to experience the full power and handling of the 2018 model at the Sonata Media test drive event in Salalah recently. A thorough briefing on vehicles performance, handling and innovation was conducted before the start of the event at Rotana Salalah hotel. The 200-km long test drive covered Fazaya beach, Anantara Salalah and Wadi Darbat.

Created at Hyundai’s California Design Studio, the 2018 Sonata builds on the model’s strong legacy, while distinctive new exterior styling transforms Sonata’s visual signature. The dramatic new appearance is highlighted by Hyundai’s bold new ‘Cascading Grille’ in front, and an all-new rear with more prominent branding and relocation of the license plate from the trunk lid to the bumper.

“We are calling this, ‘Sonata, The Reborn’ because the changed look of the car is so radical, and represents such a big step in moving Hyundai’s design credentials to the front of the market,” said Hyundai’s Head of Operations for Africa and the Middle East, Mike Song at the event.

“Hyundai is investing far more in the Sonata than would normally be expected of a mid-generation update. Every panel forward of the front screen is new, while changes to the rear bumper and trunk lid give the back of the car a completely new look. There are also subtle changes to the body’s side profile – including a redesigned panel for the sill under the door, and a revised chrome trim that frames the windows and runs along the front fender to wrap neatly under the headlamp. Together, all these elements create a car that looks far more dynamic, longer and wider.”

MORE STORIES FROM THE WOMANView All