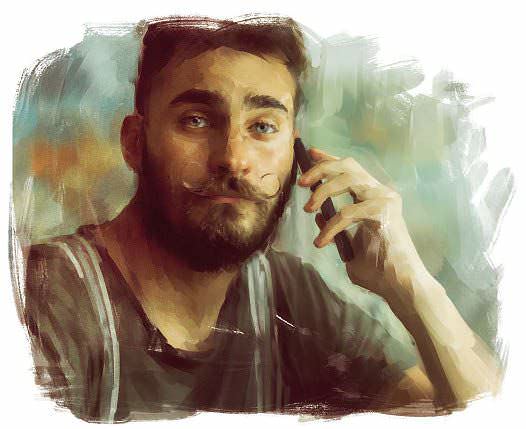 With Andrew it was important that everything was up to the minute. Where did I fit in?

I BEGAN to get a bit worried when Andrew casually mentioned that he didn’t have any chairs, or even a sofa.

Because I was head over heels in love with him, I didn’t question him. But no chairs? Where did he sit to watch the television?

I made the mistake of mentioning this to my flat mate and best friend, Jude, as we ate our regular Friday-night Chinese take-away.

“Bet he never watches television.” Jude laughed over her prawn balls. “He probably sprawls on futons stuffed with chia seeds. Or maybe he lounges in artisan baskets woven from dried kale. I also bet he has one bizarre sculpture in his minimalist, all-white flat.”

I chased my noodles round the plate and thought, knowing Andrew’s obsession with all things on-trend, Jude probably had it spot-on. But I couldn’t admit that Andrew had never invited me to his flat, so I didn’t actually know.

“Because, Nell,” Jude went on, “Andrew is a complete nizzlepick.”

A nizzlepick is Jude’s polite word to describe people who really don’tIllu deserve polite words. “No, he isn’t! He’s just on-trend. A bit of a hipster.”

Jude grinned. “Only someone blindly besotted could describe Andrew as on-trend. And I bet he told you that he was a hipster, didn’t he?”

“Well, yes.” “See? He’s a nizzlepick!” I didn’t want to have a row so I concentrated on my sweet and sour. To be honest, what Andrew saw in me, the complete opposite of on-trend, I had no idea, but we’d been together for nearly two months and I loved him.

“In fact, Andrew’s an A-class nizzlepick,” Jude continued heartlessly. “Look what he’s done to you.”

“Made me happy?” I said with a hint of sarcasm.

“Happy? You haven’t been happy for weeks. What happened to cheerful, retro Nell?”

“I was scruffy,” I said firmly. “Those jeans, big sweaters and unkempt hair were awful. Andrew’s just styled me.”

“Cloned you.” Jude sniffed over a prawn cracker. “Now I’m guessing you look like every one of Andrew’s previous girlfriends – bland, boring and unhappy.”

“I’m not unhappy! I needed a make-over.”

“And,” Jude continued, “only a top-notch nizzlepick would have that silly beardy thing.”

“If you say on-trend again I shall probably tip the remains of my dinner over your head. And what’s with his bouffed-up, rigid hair? Although let’s all be grateful he’s ditched the man-bun!”

“Shallow and totally self-obsessed, and I’m not going to waste my breath on him any more. But like all good friends, I’ll be around to pick up the pieces when it goes pearshaped.”

Jude looked at me pityingly and topped up our glasses.