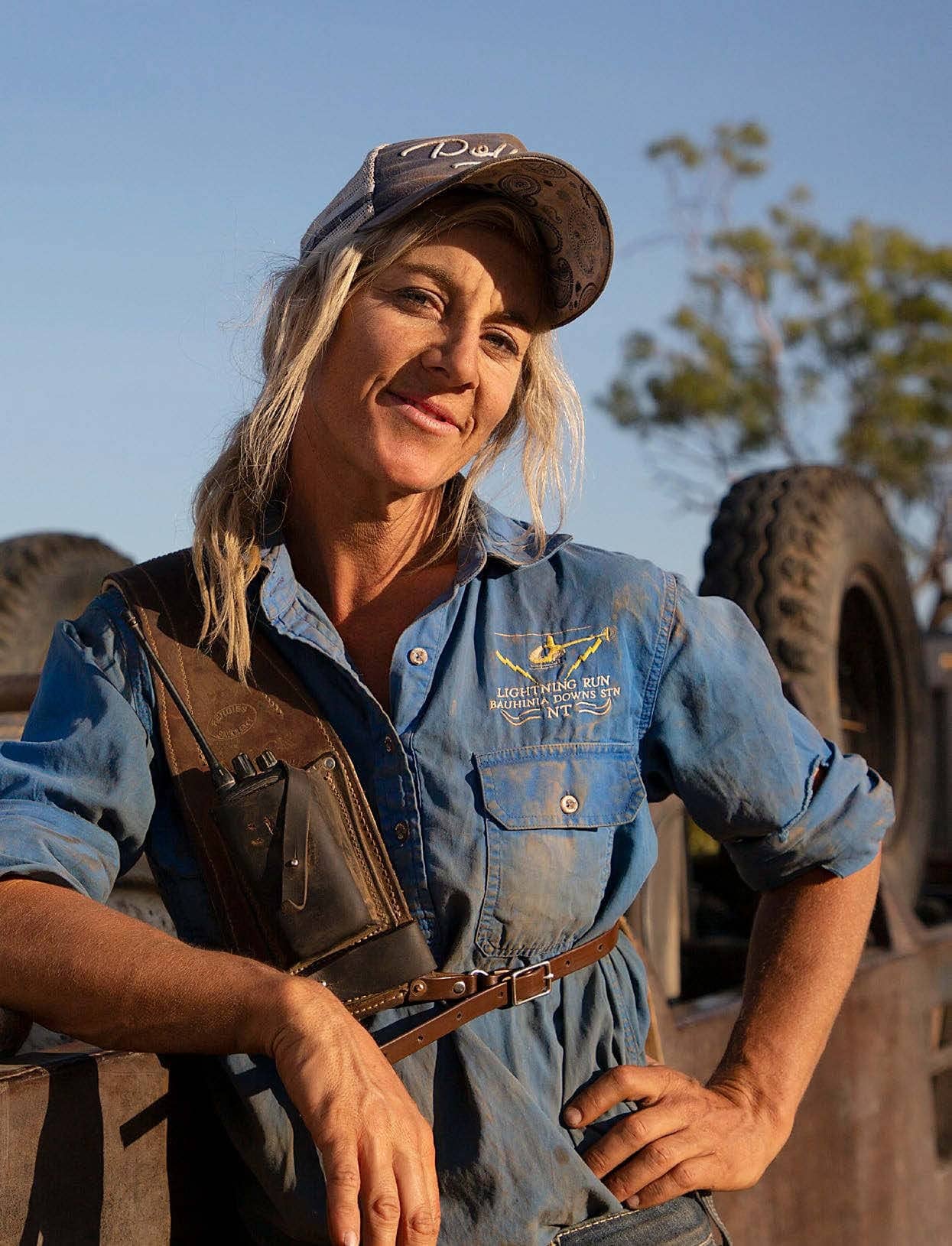 In the Northern Territory’s dry season, Liz Cook has one of the most dangerous jobs on Earth – wild cattle and buffalo ringing. She shares her unlikely journey with Tiffany Dunk.

When Liz Cook first arrived in the Top End in 2013, she had one broken arm and was carting six-month-old son Blake in the other, while two-year-old Charlie trailed behind. The trio was finally joining Liz’s husband, Willie, who had taken a contract flying for North Australian Helicopters five months earlier. He’d been forced to find a new job after their dairy grazing farm in New Zealand’s Central Otago was sold by the bank when a client defaulted on a large payment.

The sweltering heat, red dust and isolation were a far cry from the lush green hills, relatively close quarters and chilly temperatures they were used to, but Liz was determined to make a go of their new life Down Under.

And so, as she waved her husband off on what was supposed to be a six-day trip to a property some 1500km away (it would prove instead to be six long weeks, thanks to a series of floods), Liz gathered the kids and stepped inside their new home … where she promptly found a snake in the toilet.

“During the time Willie was away, Charlie got stung by a paper wasp and I’d never seen one of those before,” Liz chuckles to The Weekly.

“We’re an hour away from town and I was like, ‘Will that cause a major reaction?’ Then there was the time I had to go and start a bore that was about 50km from the homestead.

“I went out in a Toyota that wasn’t exactly reliable and had to crank the handle and pull it away before it let go. There were a couple of times it swung off and went flying over, narrowly missing my head, and there I was with the two little boys. It was a tough time out there … I thought, ‘God, what have I done?’”

But the former ER nurse is made of tough stuff. Looking at the other women in the area, Liz realised she needed to take a leaf out of their book to not only survive, but thrive, in her new outback home.

“Australian women are so capable,” she says. “We’ve got neighbours, girls who will shoe 10 horses and do pregnancy tests on the cattle and brand all the calves, and I looked at these girls and thought, ‘If this is what I’ve got to be, then I’ve really got to step up.’”