The Queen SECRETS of her REIGN 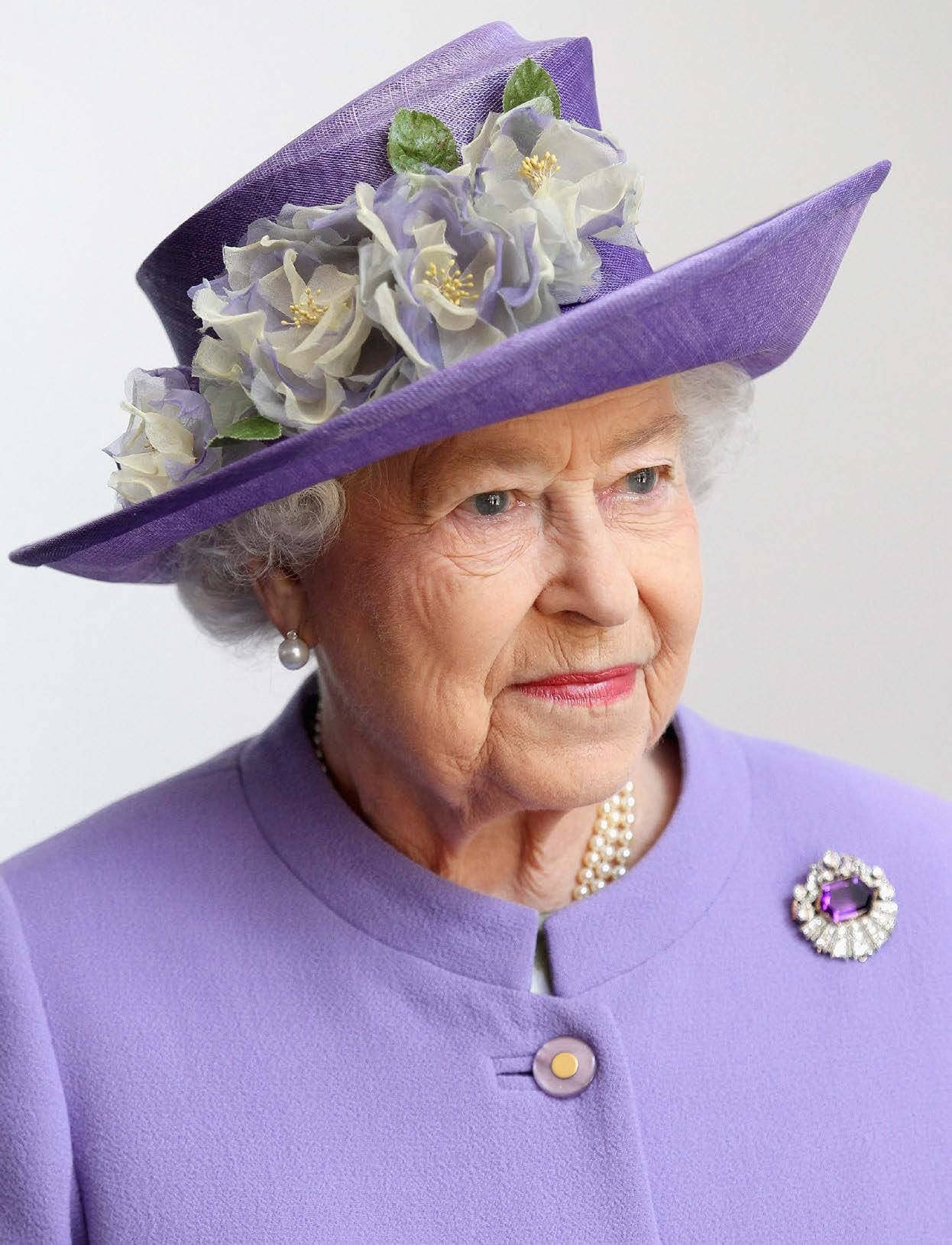 In her 95th year, despite being in lockdown, Queen Elizabeth II is as present and powerful as ever. Juliet Rieden uncovers the courage, humour and intense loyalty of this inspirational leader for our times.

It’s 9am at Windsor Castle and outside her day-room window Queen Elizabeth II is serenaded with bagpipes. It may sound like a scene from Camelot, but there actually is a much coveted position of Piper to the Sovereign – currently held by Pipe Major Richard Grisdale from the Royal Regiment of Scotland. And in fact, the tradition is a bit more modern than King Arthur; it was established in 1843 by the Queen’s great-great-grandmother, Queen Victoria, who loved the romance of the Scottish woodwind instruments.

I am reliably informed that Her Majesty is either finishing breakfast or at her work desk when the pipes blow, and even in COVID-19 lockdown, the soulful strains sing out and continue for an exacting 15 minutes each day. It’s a charming ritual that plays out in Windsor, Buckingham Palace and Balmoral – wherever Her Majesty lays her crown!

Ancient tradition mixed with the glittering grandeur and magic of royalty is what sets the monarchy apart from us, creating a world we love to gaze on. But what has kept the Queen running the show as Britain’s longest reigning monarch has been also ensuring a strong connection with the people.

That golden thread has been more crucial than ever as Her Majesty remains in lockdown, protected in Windsor Castle by a fiercely loyal team of around 22 core staff, all of whom have willingly given up the chance to be with their own families for three weeks at a stretch in order to serve their Sovereign and her Prince. It’s a well-oiled machine that works on a rotation system so that all staff are tested and isolated to ensure that the “HMS Bubble”, as it’s dubbed, is 100 per cent safe for all concerned. 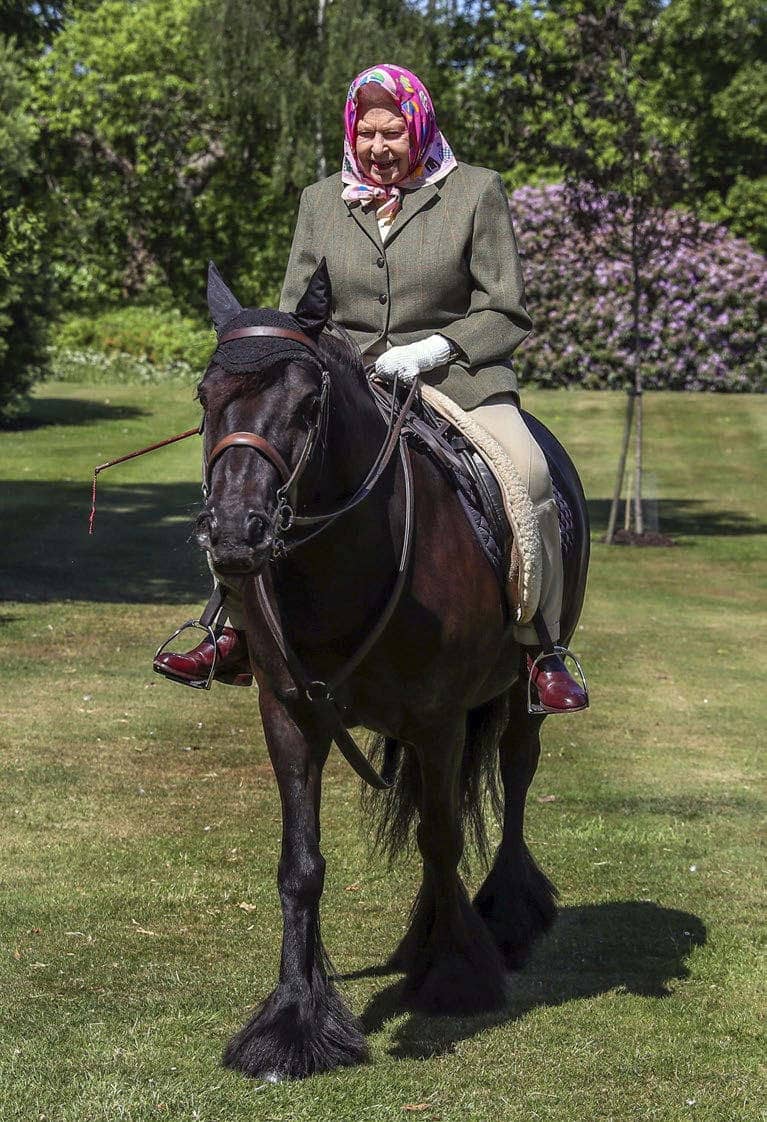 Here, in the world’s oldest and largest occupied castle, founded by William the Conqueror in the 11th century, home to 39 monarchs for more than 900 years, Her Majesty and the Duke of Edinburgh are spending more time together than they have for years. Most days the Queen goes horseriding withher Head Groom, Terry Pendry. Appropriate measures are taken – saddles disinfected, social distancing observed – as the passionate horsewoman throws herself into the exercise she loves best in the private Royal Park on the Windsor Estate.

Their advanced years put the Queen and Duke into the “vulnerable” bracket, so of course they must answer government edicts to stay at home. Her Majesty is 94, her husband is in his 100th year and no-one would reproach the Monarch for taking her foot off the pedal. Instead, she has done the opposite, using television, video calls and social media to lead the country and the Commonwealth through the biggest challenge of the 21st century. 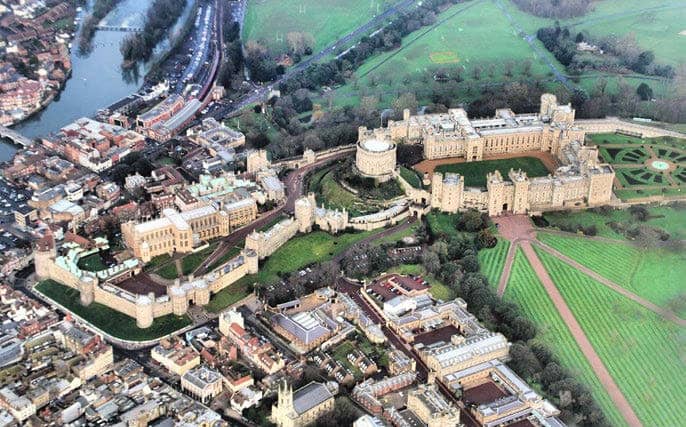 It’s an impressive evolution, proving this great-granny can pivot to a new strategy and that her leadership, far from being the stuff of crenelated castles, is forging fresh relevance.

Aside from the annual Christmas message, broadcasts from Her Majesty are rare. Indeed, prior to the coronavirus, the Queen had put out special broadcasts only four times – in the Gulf War in 1991, following the deaths of Diana Princess of Wales in 1997 and her mother in 2002, and thanking the nation for Diamond Jubilee tributes in 2012.

But in the space of a few months the Queen has delivered two televised addresses, an Easter message, led a video tribute with her family to mark International Nurses Day and, as The Weekly goes to press, plans are in place for Her Majesty’s first public Zoom call. It’s in collaboration with Care UK to celebrate Carers’ Week and, if all goes to plan, will involve Her Majesty and daughter Princess Anne talking to carers around the UK. On top of this, a busy schedule of remote engagements is filling the Queen’s diary, including some recognition at Windsor of Her Majesty’s official birthday, usually celebrated with the pageant, The Trooping of the Colour.

The tone of the Queen’s speeches has been spot on, mixing personal sentiment with experience and wisdom, and her VE Day declaration “Never give up, never despair” hit a chord around the world. 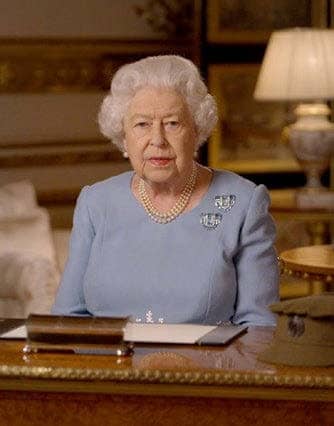 “I thought they were two very powerful addresses and reminded us of just what monarchy is all about,” royal biographer Penny Junor tells me. “The last time people really understood its value was during the war when the King and Queen refused the advice to leave London for their safety, and instead stood shoulder to shoulder with those Londoners who were being bombed and losing homes and loved ones. No one really knows whether they can trust politicians but they feel they can trust the Monarch, and, in my view, she showed signs of true leadership in both these addresses.”

The Times newspaper’s royal correspondent, Valentine Low, agrees. “The war will have been on the Queen’s mind when she made the first broadcast because of the impending VE Day anniversary. Furthermore, the idea that the nation – and indeed, the whole human race – was facing a serious, widespread threat that affected everybody prompted inevitable comparisons with wartime.

“The Queen has an ability to sum up the national mood and to speak in an inspiring way without overdoing the rhetoric or seeming false or contrived. It is something which no current politician has.” 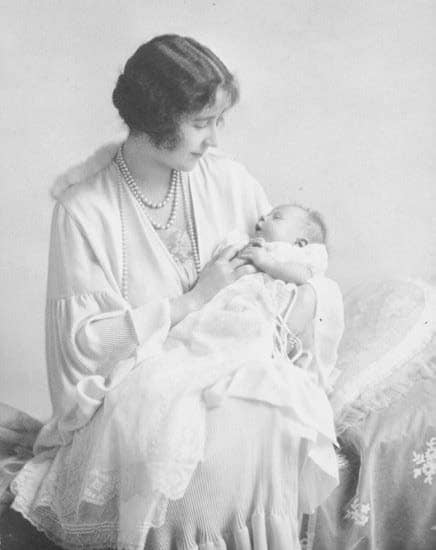 While politics are off limits for royals, the role of empathetic leader has been very evident in the Queen’s addresses and has trickled down in the fevered activity from the rest of the royal family. Royal biographer Christopher Wilson says the Queen has certainly come into her own in the past few months. “Those references to the war allowed her to remind the nation that she, as Sovereign, has been around longer than most of the population has been alive. That she is above day-to-day politics, and a figure of history, someone to turn to if people have lost faith in their politicians.