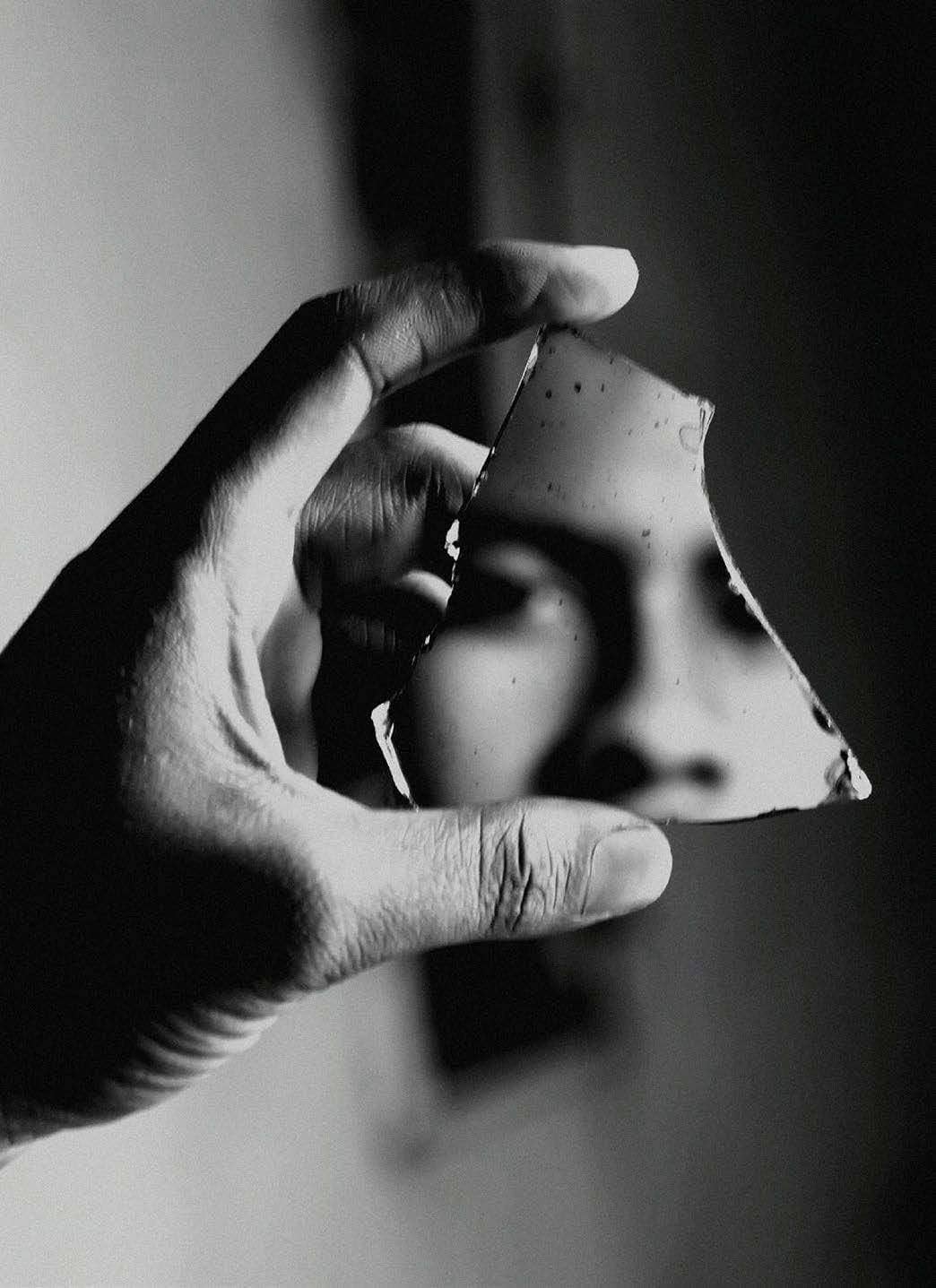 Coercive abuse is common, can escalate to violence in a heartbeat, and can be lethal. One survivor shares her story with Genevieve Gannon in the hope it will shed light on warning signs and increase understanding.

She describes the final night as a shattering. The eggshells she had been walking on shattered. The invisible tension that warned her anything could trigger a torrent of abuse shattered. And the green ceramic pot that he threw at her head in a furious rage shattered. It split her lip open, causing a deep gash, then broke into dozens of shards on the cold, hard floor.

“I remember saying, ‘I don’t want to go to hospital’. That was part of that deep humiliation and shame. You know, ‘these things don’t happen to us’ … and the fear that he was going to come back,” Rachel recalls.

She’d been living in fear, but the terror had crept into her life so slowly that she hadn’t noticed how bad it was until it was too late. Coercive abuse, sometimes called intimate terrorism, is a methodical process whereby abusers strip away their victim’s liberty and sense of self. Isolation, gaslighting, surveillance and malicious criticism are all symptoms. Rachel’s abuser threatened self-harm if she left. She describes it as like being in a hostage situation.

“Even though people say to you, ‘It’s not your fault,’ you think, ‘Of course it’s my fault. I invited trouble into the door’,” she says.

In the months since the night she was assaulted, she has thought a lot about the manipulation that ensnared her, and what she can do to change things for other victim-survivors.

“My life at this moment feels like those shattered shards of ceramic,” she says. “I’m trying to pick them up one by one. How did this happen? How did I get here?”

Wearing a long, cream dress, her shiny hair cut into a sharp bob that grazes her jawline, Rachel is smart, direct and articulate. She explains that not all domestic abuse involves physical violence in the beginning. She mentions Hannah Clarke, who was burned to death with her three children in February this year, and whose unthinkable end followed years of controlling, psychosocial abuse. She quotes Rosie Batty, saying: “Violence is always a choice and one that we should not continue to make excuses for.” She sends through photos of her kitchen bench spattered with blood.

“I met him in a hotel lobby in 2016,” she explains, speaking rapidly. “He was immediately very charming – clearly very bright.” He was wellspoken and had a prestigious job title. Before they parted, he asked for her number. “I thought, ‘What am I doing exchanging numbers with a random person?’” But then again, why not? Rachel was flattered by his eagerness to get to know her.

He was based overseas so they built a rapport over the phone. The man he presented as was passionate, a polymath who enjoyed literature and music, though his work centred around the law, ethics and trust. A Google search confirmed he did have affiliations with the distinguished institutions he named.

So a romance began. He revealed a few things Rachel described as “pink flags”, including two acrimonious, failed marriages and an unstable employment history. But enough of what he said appeared to be truthful, leading her to believe he was an honest person. “I thought, he’s an intelligent person and clearly he has suffered,” she says.

He would fly into Sydney and take her to high-end restaurants. On one occasion he confessed he wasn’t really in town for a business meeting – he just wanted to have dinner with her.

“I was flattered but a part of me thinks, that’s a bit intense,” Rachel says. “It all seemed too good to be true.”

The next time he visited, there was a small hiccup. When Rachel picked him up at the airport, he told her he had left his wallet at home and sheepishly asked her if he could borrow a thousand dollars. Rachel was taken aback but she had no reason to doubt him.

“Now I think, ‘Who gets on an international flight without a wallet?’”

Over the weekend, he spent the borrowed money on Rachel. His hotel room was pre-paid but he used her credit card number for security. After they parted, he sent a string of messages: “So wonderful to find a soulmate.”

“It’s called love bombing,” she says. Once he was out of the country, Rachel discovered a problem with the hotel bill – $1700 had been charged to her credit card.

“My heart dropped,” she remembers. “I thought, ‘he’s a conman’. I’m shaking, thinking, ‘I have to call the bank to cancel the card’.”

The hotel said the fee was to cover a fine for smoking in the room. She confronted him, but he shrugged off the incident and repaid the money.

The next time they saw each other was at his home. After she boarded the plane, a flight attendant told her she’d been upgraded.

“He’s texting me, ‘Did you get the upgrade? Surprise!’ I thought, it’s a bit much. But it’s who he is. He’s full-on, but entertaining, so I go along.”

By now, Rachel had heard him give public addresses. “He was skilled at putting on a show,” she says. And she put his erratic behaviour down to eccentricity and absent-mindedness.