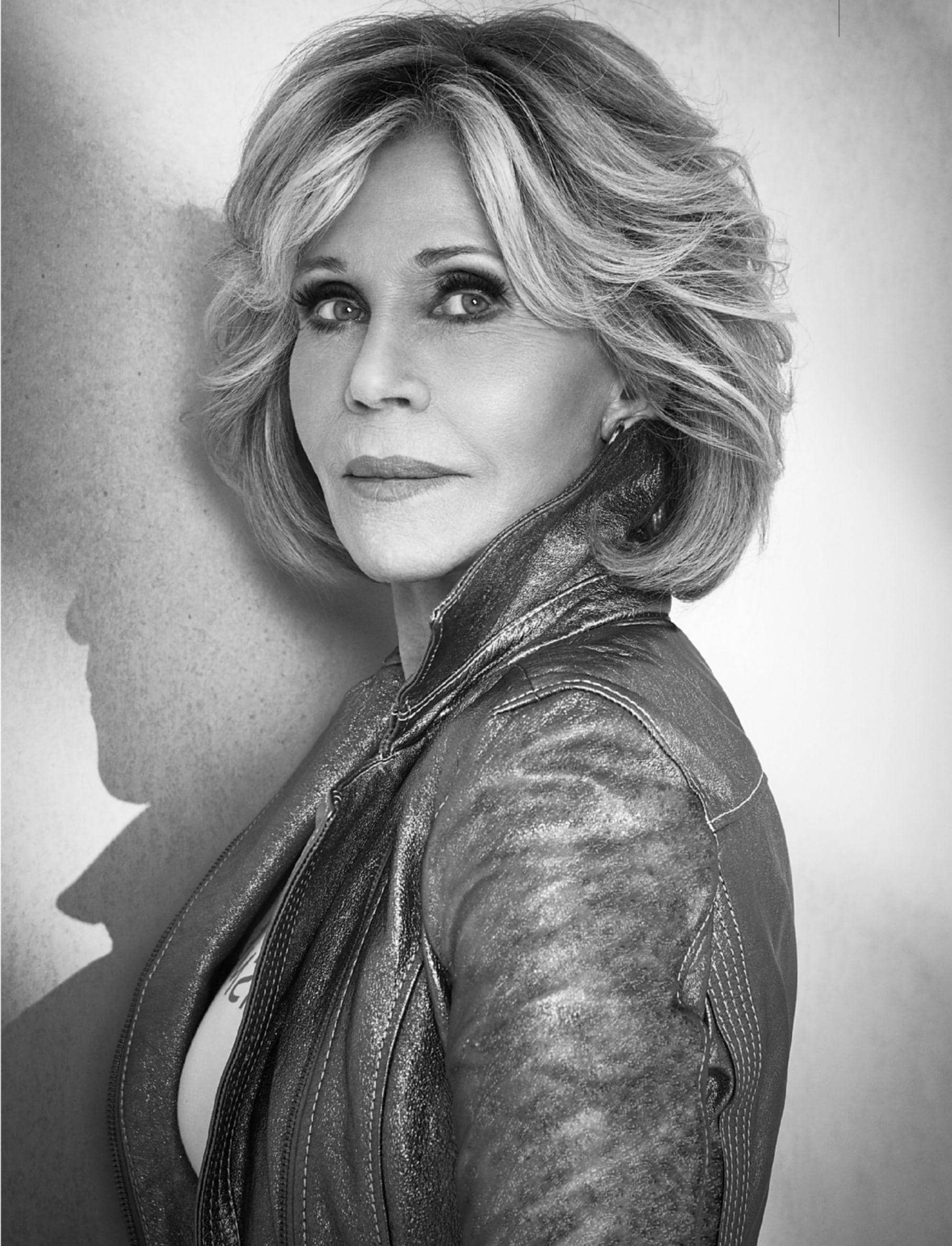 At 82, activist and award-winning actor Jane Fonda tells Juliet Rieden she’s finally embracing what she calls “the whole Jane” without husbands or lovers to please.

In a fire-engine red wool coat purchased “on sale at Neiman Marcus [department store]” for maximum impact – and warmth – her hands waving aloft and lashed together with sharp, plastic zip-lock cuffs, octogenarian actor Jane Fonda is out of her comfort zone but in her element. From Capitol Hill she bellows thanks to BAFTA for the Stanley Kubrick Britannia Award for Excellence in Film as police lead her away to the jailhouse.

It’s a scene that lit up news channels around the world last October and featured in the iconic actor’s acceptance video, played with pomp and glory on a big screen at the Beverly Hills BAFTA gala she couldn’t attend. To the uninitiated it looked like a piece of choreographed theatre, filmed in Washington D.C. perhaps for a new role in a political thriller. But Jane Fonda was – and is – deadly serious; this is a crisis not a drama and Jane’s new life’s work, so buckle up!

She was in the throes of being arrested for civil disobedience, together with her daughter, Vanessa Vadim (from her first marriage to the late French film director, Roger Vadim), and Sam Waterston, her co-star in the TV comedy series Grace and Frankie, part of an impeccably executed series of protests against the government’s inaction on climate change called Fire Drill Fridays. Together with Greenpeace, Jane Fonda had launched a vital new movement and accepting the award from her activist’s platform was a piece of genius. “I hoped it would inspire more celebrities to join us,” says Jane. It did! 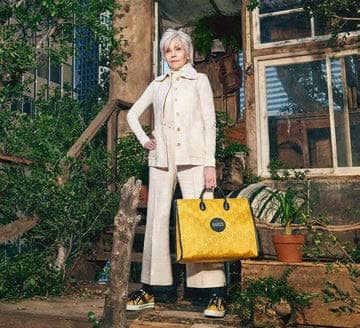 Jane also wanted to reach out to older women. “It was me saying I am famous, I have a platform, I’m old … If I can do this, it will cause others, especially older women – which is a demographic that we have to get right now because the elections are coming up – to understand the urgency and it will motivate them to action. And it worked.” Jane moved to Washington to host weekly rallies and was arrested five times, including spending a night in jail. And every demonstration hit prime-time news.

When a Fox News TV reporter poked a microphone in her face as she was released from her night in a cell and bleated, “Why have you done this?” Jane quipped, “To get you to cover climate change.”

Of course, it’s not the first time the double oscar winner and mother-of-three has dominated the headlines. Political activism has been a sideshow to her acting career and marriages since the 1960s. As the daughter of Hollywood star Henry Fonda and connected socialite Frances Ford Seymour (actually a distant relation to King Henry VIII’s third wife), Jane was famous before she even flexed her own acting muscles – which, by the way, proved a match for her father’s. And that early public persona was something she quickly realised she could use to change the world. Jane Fonda the freedom fighter was off.

Jane admits she has “a tendency to go full bore 200 per cent for better or worse” and this ferocious passion fuelled her work with the civil rights movement, American First Nations tribes, the Black Panthers, feminism and more over the ensuing decades. 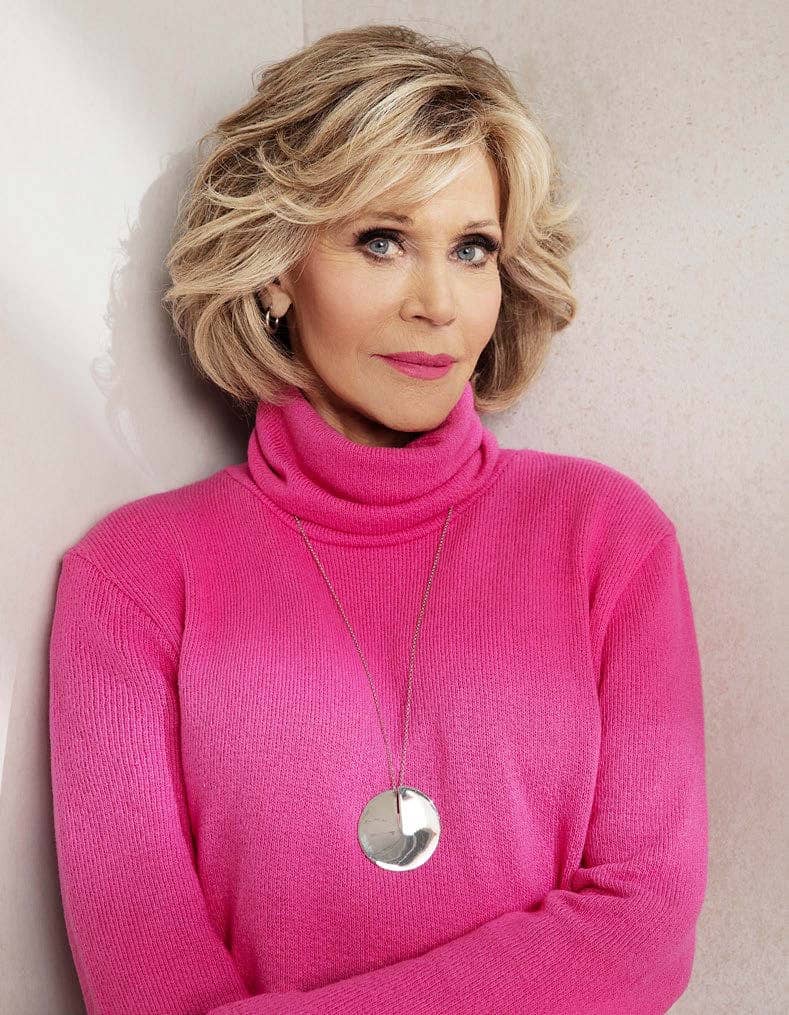 Her most infamous exploit was in 1972, when she spent two weeks in North Vietnam protesting President Nixon’s carpet bombing and caused uproar back home with a photograph which she now admits was a mistake. “I was naive,” she says in the intimate HBO TV documentary Jane Fonda In Five Acts. “Henry Fonda’s daughter sitting on an enemy aircraft gun was a betrayal. It was like I was thumbing my nose at the military of the country that gave me privilege … I will go to my grave regretting that.”

While the photo stunt dubbed “Hanoi Jane” by the media may have been foolhardy, the sentiment behind it was deeply felt. Jane was angry. “For myself, I didn’t know how to channel my anger in constructive ways,” she admits.

The following year Jane married her second husband, charismatic activist and politician Tom Hayden, and together they raised their family – Jane’s daughter Vanessa from her first marriage, their son Troy born that year and daughter Mary Williams adopted as a young teen in 1982 – in a world of bohemian radicalism.