DEBORAH HUTTON - The scars that heal 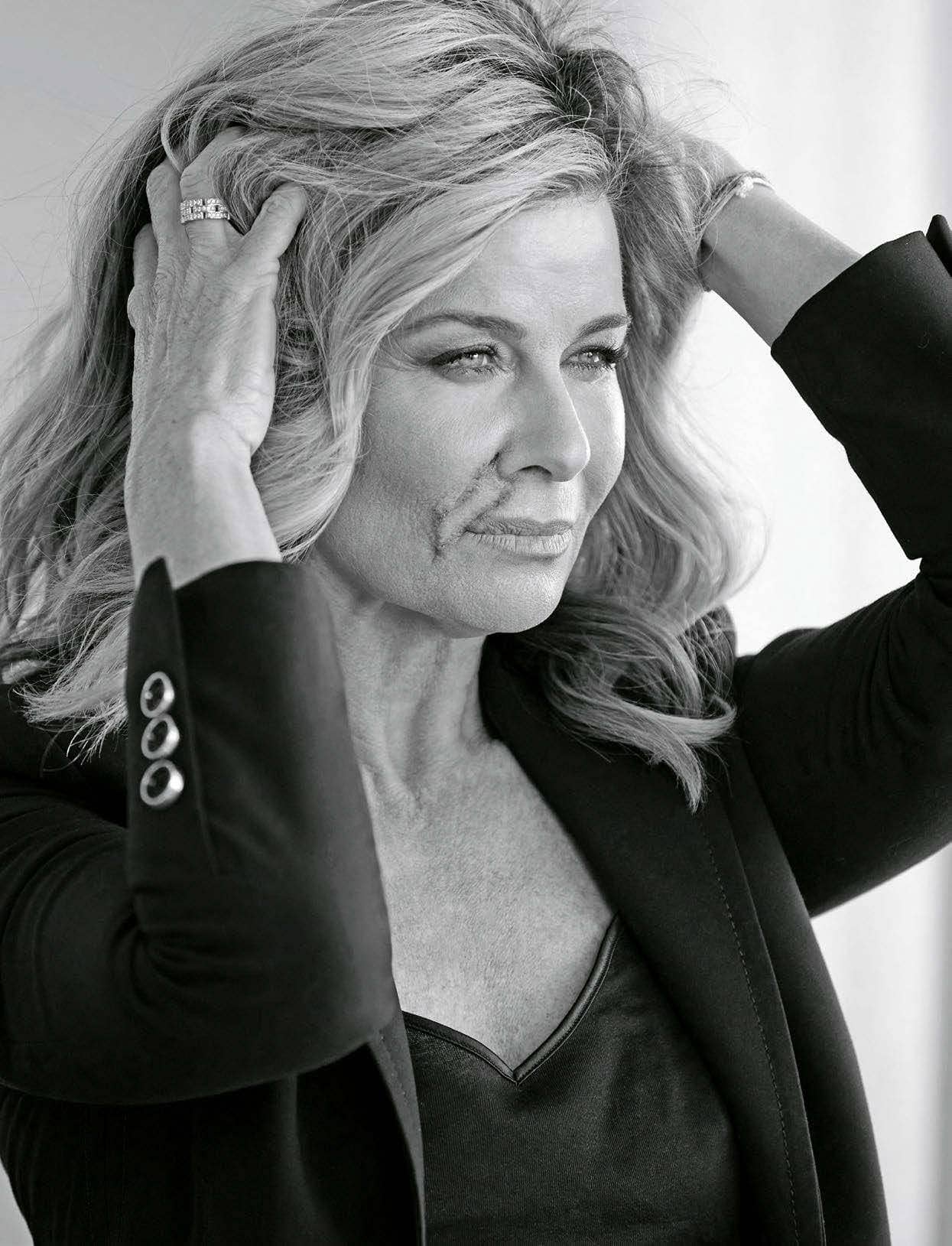 When Deborah Hutton was rushed in for surgery on a facial skin cancer, she was shocked to hear it had been caught “just in time”. She tells Juliet Rieden about the wake-up call we all need to heed.

It feels strange to meet up with Deborah Hutton and not be greeted by her usual smile. But smiles are not possible at the moment. Deborah’s face is a swollen, dull yellow on one side, strained and painful with a Band-Aid stretching from her nose down her cheek. The dressing covers a gaudy wound and as we settle down to talk about her unexpected cancer surgery she can’t help but shield her lip with her hand, an involuntary protection instinct.

When I ask what her face looks like underneath the dressing, Deb pulls out her phone and shows me a photo taken a couple of days ago by the nurse before she removed the stitches too numerous to count. It’s a raw, arresting shot revealing a meandering oval-shaped angry scar crisscrossed with stitches mapping out the edges of the skin flap that was lifted in surgery and then sewn back in place. The affected area is surprisingly large, tracing right down along the top and corner of Deborah’s lip.

When she shared the photo on Instagram expressing her relief and gratitude that “they’ve got it all”, it sparked an unprecedented outpouring of support from more than 7000 people from all over Australia.

“I um-ed and ah-ed about doing that. Instagram is the only social media I use and then only if I want to say something. But it shocked me to see my face after the surgery and I thought, I want people to see this because there’s an ugliness to skin cancer that frightens the s*** out of you. It has certainly frightened me. But what’s more frightening is if you just sweep it under the carpet and put your head in the sand. I got a real wake-up call.”

Like many Australians, Deborah is not a newcomer to skin cancer, but this one caught her completely unawares. “I didn’t notice it at all,” she says. “I had my first skin cancer about 15 to 20 years ago. I wasn’t scared because my whole family is riddled with it. It was our normal. My uncle looks like a patchwork quilt; he’s had so many cancers removed. We’re Queenslanders without Mediterranean blood. Mum’s had stuff cut out and burned off. I just accept it as part of Australian life. 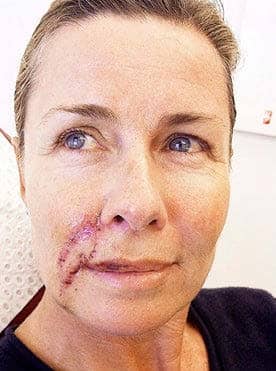 “Then nine years ago I had an infiltrating BCC [Basal Cell Carcinoma]. It was very similar to this cancer, in exactly the same spot, although this one is a bit bigger. That was massive for me back then and a huge shock. I had flap surgery where they do a frozen section procedure. They put me under and just kept on cutting until they had everything.”

From that moment on Deborah’s attitude changed. “I really took it seriously. That was the slap – literally – across the face when I realised: ‘you’ve been an absolute idiot’.”

Like most of us, Deborah was raised in an era when sunscreen was something that got in the way of a tan. “When I was at school, there was a great pride in getting burnt because if you shed your skin, you peeled and that was paraded as ‘my first peel for the season’; seasoning like you do for a new frypan. It was ... summer’s here! What were we thinking?”

As a TV presenter, celebrity ambassador and former model, Deborah’s face is also her calling card. It has graced many covers of The Weekly, not to mention TV shows, so the prospect of permanent scarring could also be career-defining. But the severity of that first big surgery put all that into perspective and made Deb realise she had been taking cancer, a life-threatening disease, for granted.

“It all changed for me then, nine years ago,” she says. “I started a new regime of having my skin checked religiously every 12 months and if anything was spotted I check again every three months until it’s all clear.

“And it was on one of these random visits when my dermatologist said, ‘I think there’s something there, let’s keep an eye on it, come back in six months’. I couldn’t see anything. There was no redness, no pain, no dryness, no bleeding, just a tiny little bump, like a pimple but without the pimple. But it didn’t go away.”

Deborah mentioned the bump to her surgeon, who immediately did a biopsy. “When they went in they actually had to do two biopsies because there were bumps on either side of the original scar,” she adds.

It took a couple of days to receive the results and Deborah confesses she was anxious. “There’s a paranoia that sets in. I thought ‘here we go again’, and I was very, very nervous. The two spots were about a centimetre apart from each other. That’s not good. And I could tell that one was more across the lip. So I thought … How much of my lip will be left? Do they have to take part of my nose as well?”