What It Takes To Sell Indian Saffron! 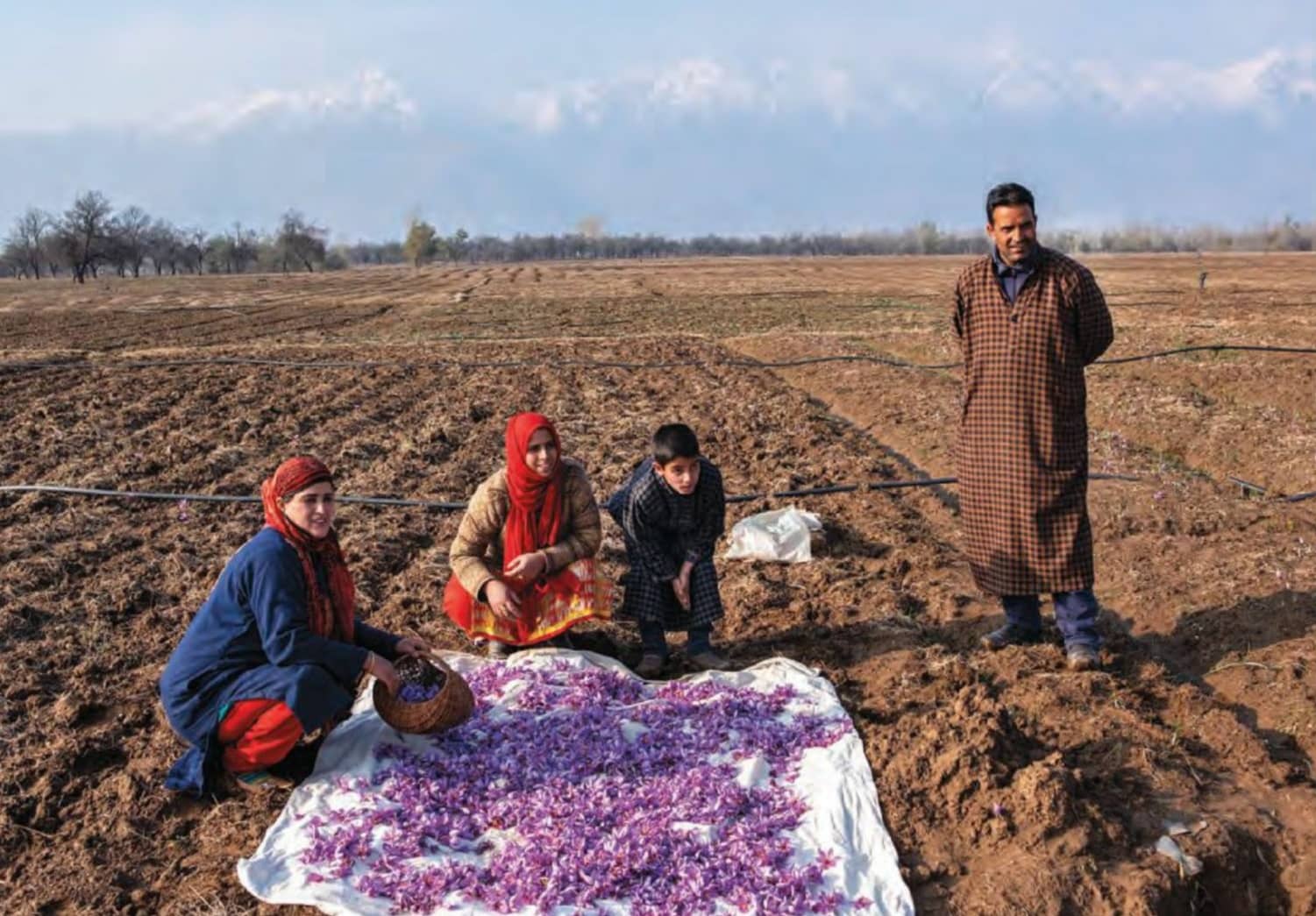 The saffron of Kashmir has long been considered the world’s finest, but drought is threatening the livelihood and traditions of its farming families.

On a cool morning in Pampore, India, the fields have become a purpledotted canvas. Haji Ghulam Hassan Bhat, 65, walks toward his farm carrying a small willow basket, called a zaen, that his grandfather had gifted him when he plucked his first saffron flower at the age of 6. His callused hands are soiled, and the cracks in them are a testament to his deep attachment to his trade.

Bhat has farmed here for nearly 50 years. He has a great deal of saffron land compared with his neighbors, and, until recently, it has provided him with a good living. Popularly known as the “saffron town,” where the world’s best saffron grows, Pampore sits 10 miles southeast of Srinagar, Kashmir’s capital city. Like many, Bhat believes the land of Pampore has been blessed with “saffron gold” because of the benediction of two famous Sufi saints. Cultivating the spice is not merely his livelihood, but also a meditation.