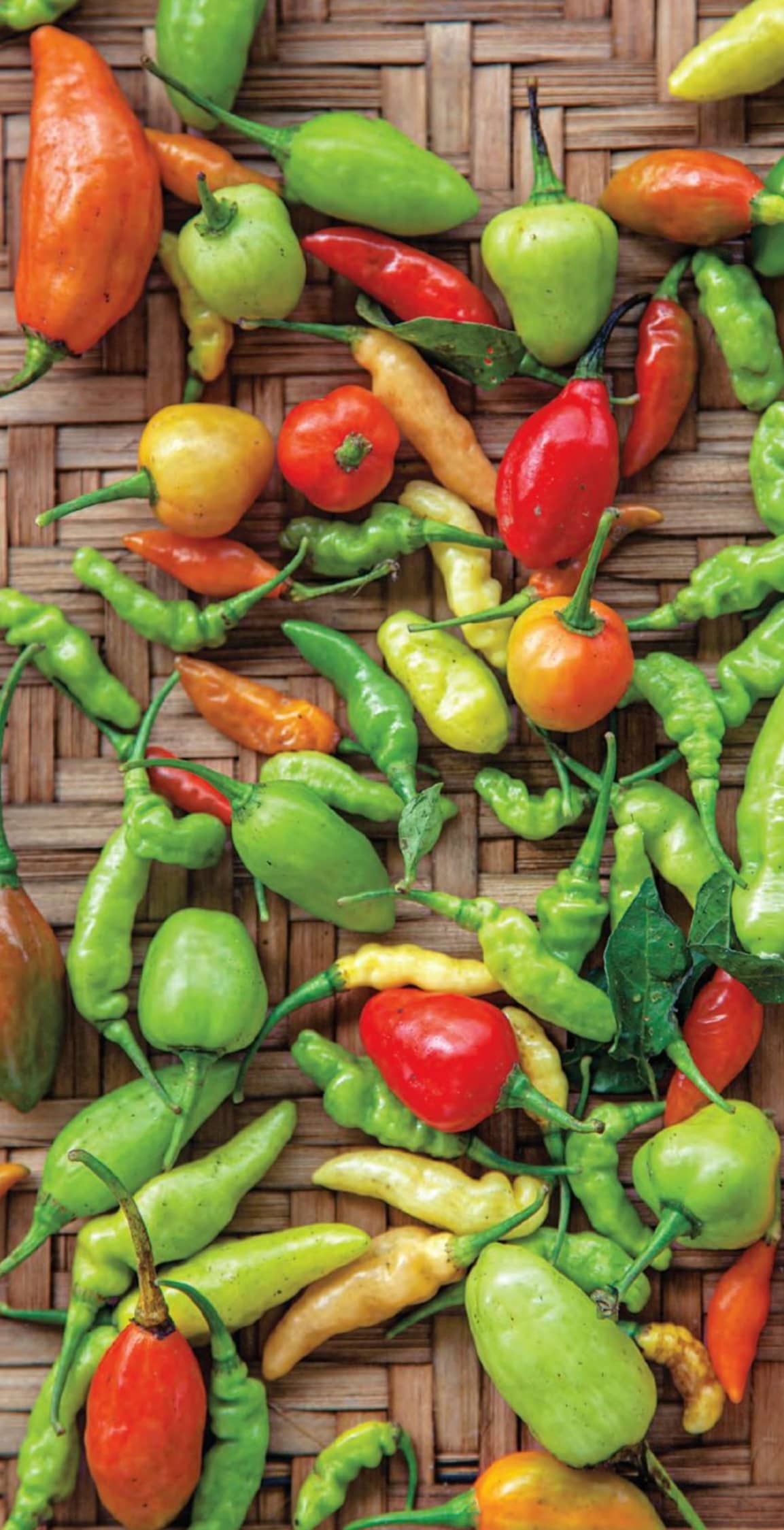 The Baniwa, an Indigenous group in Brazil, have made a market for their ancestral chiles.

The slender, yellow-gree kapitsiriwi pepper is named after a blowpipe dart. Then there’s dzaka inapa, resembling a jaguar’s tooth, and kawathsidalipe, extremely hot and shaped like a clay pot. Spanning from orange to green to yellow to purple, 80 distinct pepper varieties are cultivated by the Baniwa, a people who have lived in small settlements in northwestern Brazil’s Içana River basin for thousands of years.

“As far back as I can remember, there were always peppers around,” says Alfredo Brazâo, a Baniwa man who eats these indigenous chiles with every meal. Arable land is sparse here, so many Baniwa families plant their gardens on hills in the jungle to avoid flooding, even if doing so requires a bit of a journey. Brazâo and I hike for more than an hour from the village of Yamado to a garden where one family is growing more than 500 plants. Along the way, he recalls how a shaman once gave his sister a pepper as part of an adulthood initiation ritual; his mother told her to “chew it, swallow it, and feel the pain.” The burn represents suffering, Brazâo says, and with patience, either can be overcome. The Baniwa will also rub chiles on the gums of infants, which they believe protects the children from evil spirits.