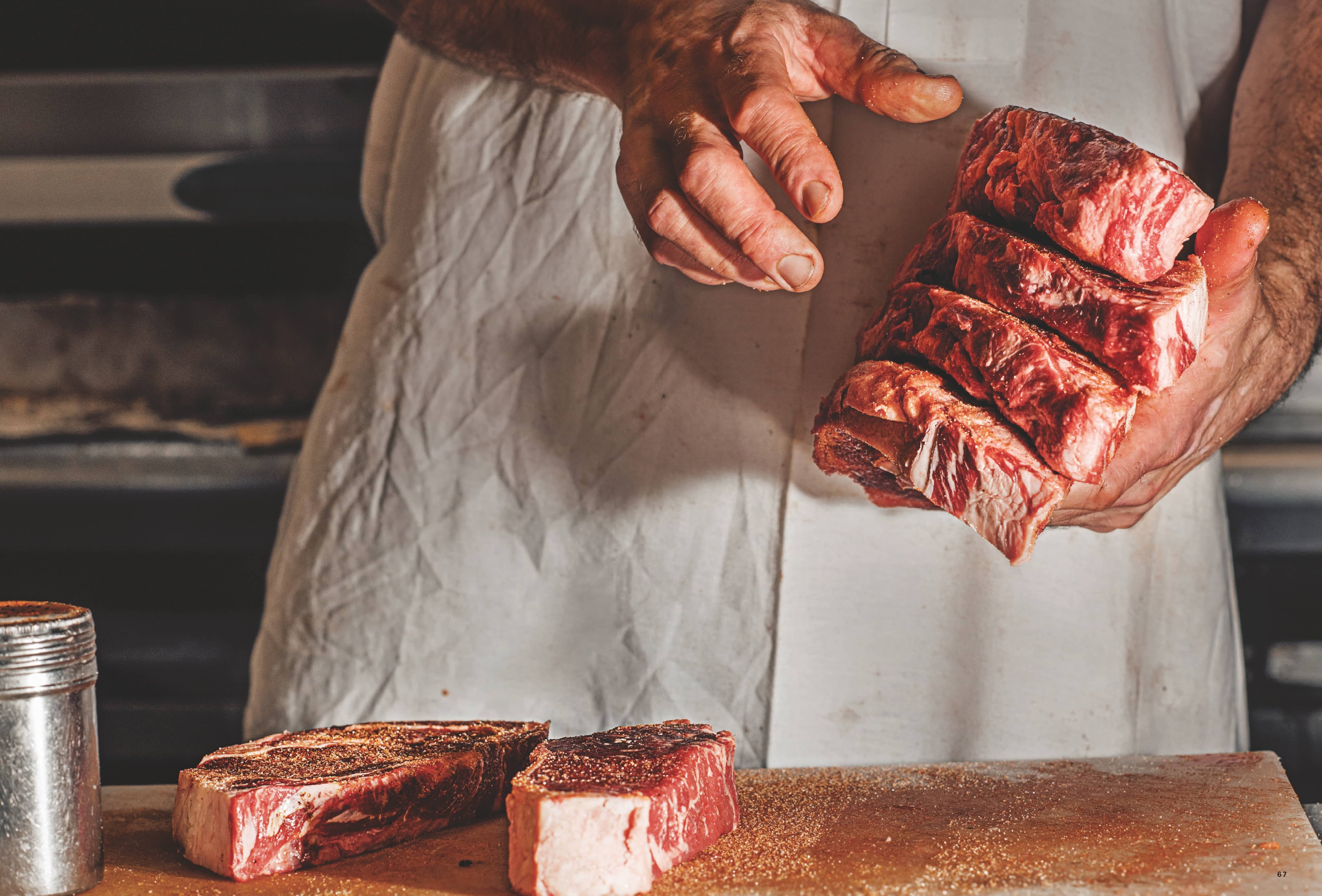 At Jamil's, where rib-eyes and smoked pork ribs come with sides of tabbouleh and hummus, the particular rituals of an Oklahoma tradition endure.

Like a lot of kids growing up in Oklahoma in the 1970s and ’80s, the first time Joe Davidson ate hummus was at a steakhouse. In the latter half of the 20th century, series of lebanese-owned and -influenced steakhouses—Eddy’s, Freddie’s, Joseph’s, Jamil’s, the silver flame—ran the scene in Tulsa

“They didn’t tout it as Lebanese,” remembers Davidson, who is now the owner of Oklahoma Joe’s BBQ. “We didn’t even know where Lebanon was. But if you wanted to have a great rib-eye, that’s where you went.” Just one of these restaurants remains within city limits, serving gut-stuffing steak dinners where the Middle East meets Middle America.

At Jamil’s, third-generation owner Jennifer Alcott’s feathery blonde hair floats around her face as she checks on diners with a gravelly, worn voice. Her grandfather, Jamil Elias, opened the original Tulsa location in 1946. It has moved three times since then, most recently in 2008 to a nondescript brick building just off I-44 in the southern part of the city. Inside, the faded floral booths, low lights, and endless array of old photos telegraph its age far better than its exterior. But to locals, it’s what’s on the tables that best evokes nostalgia. They come set with butter and crackers, and soon the hummus will arrive,along with tabbouleh,pita, and a refreshing and retro relish tray of pickles and crudités topped with ice cubes. The warm appetizers follow: barbecue sauce. spiced with za’atar and sharp with vinegar and mint comes to the table in a metal creamer jar, and a basket with rib tips and smoked bologna arrives alongside cinnamon-scented cabbage rolls in a pool of tomato-tinged butter. It’s a cultural wormhole connecting Beirut and Tulsa. Finally, the entrée arrives—a thick hunk of beef, mediumrare, unadorned, with a foil-wrapped baked potato.