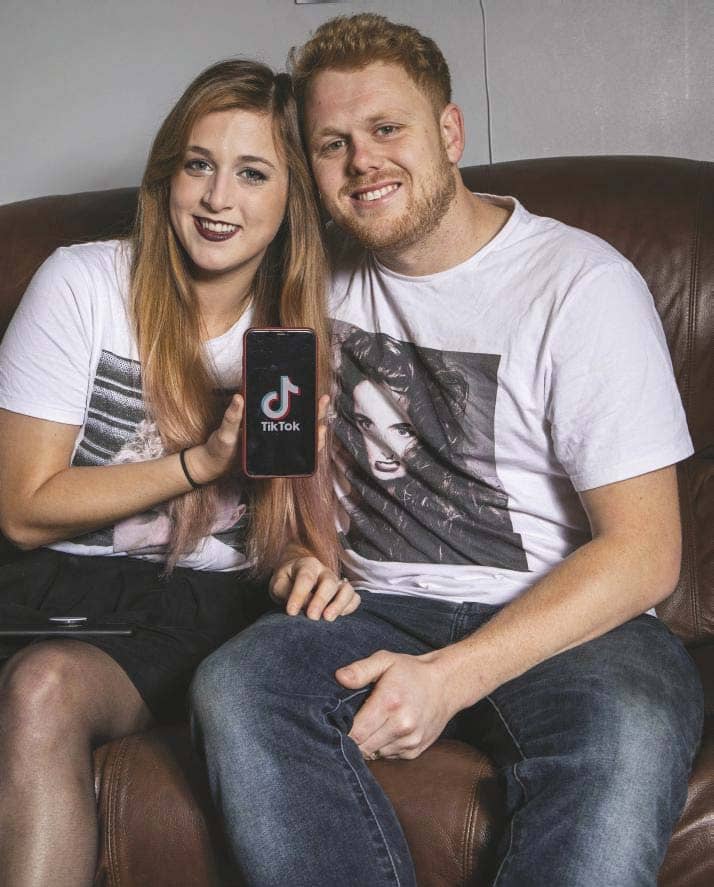 Sarah Hancock, 28, and Daniel, 26, started following each other on TikTok and the rest is history…

Miming and dancing on camera, I filmed funny videos of myself to put on my TikTok account. I joined the social media app in July 2018, and so far, my followers had racked up to 9,000 people.

Then one day in August, I got a notification on my phone that someone had done a duet with my video.

Watching a handsome guy lip-syncing to Ed Sheeran’s Shape of You, I laughed.

Daniel Hank was charming and funny.

Following him back, I saw a message pop up on my TikTok inbox – it was Dan.

We quickly hit it off, and soon our conversation moved to Instagram.

What do you think of this video idea? Dan asked.

Brilliant! I replied. We were bouncing off each other and it felt so natural.

The only problem was that Dan lived in the UK, and I lived in Boston, America… 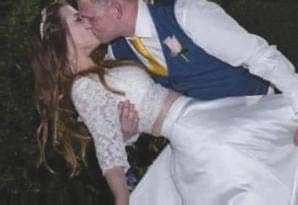 ‘When are you coming here then?’ Dan asked the first time we video-called each other.

Chatting away, Dan had got me thinking – why not get a flight over?

I have always wanted to visit England, I thought.

On our second ever phone call, I was talking to Dan whilst booking flights from Boston to London, UK. ‘See you soon!’

I smiled excitedly. Showing Mum videos of Dan, she laughed.

Within two weeks of meeting a boy, I had organized to fly halfway around the world and visit him – crazy!

Waiting at Heathrow Airport for Dan, I had butterflies in my stomach.

Dan felt so familiar, but he was also a stranger to me.

‘Hey!’ Dan said, walking towards me. 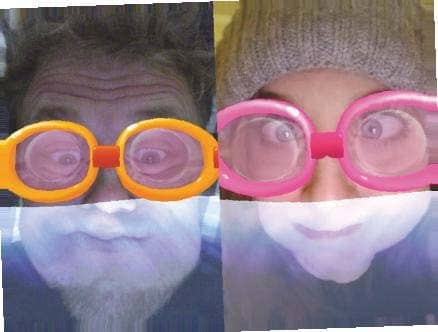 Hugging him, I felt so relieved – it wouldn’t be awkward after all.

Walking around the wintery streets of London, everything was magical.