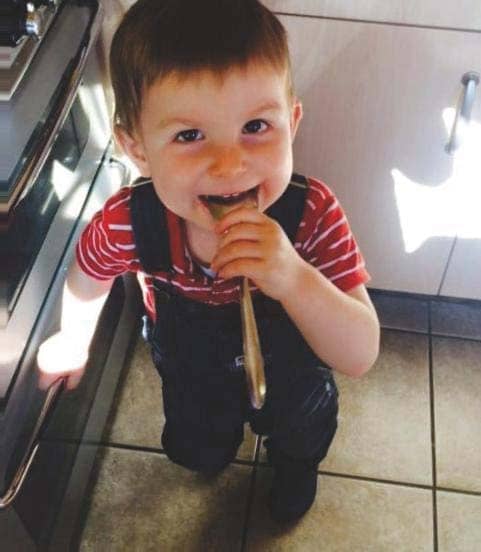 Donna Mitchell, 46, from Inverness, is losing more and more of her little boy each day…

Kicking his legs in his highchair, my little boy was all smiles.

As I tried to spoon food into his mouth, more of it was spilling onto his bib than anything else.

‘Mummy,’ he squealed, grinning proudly and reaching to me with his chubby arms.

When Reece was born in July 2013 at Raigmore Hospital, weighing 6lb 3oz, he’d been perfectly healthy.

Bringing him home, he was such a happy baby.

I was a single mum, but my daughters Courtney, then 20 and Alexandra, 10, were on hand to help out.

Not that I needed much help – Reece was an angel.

Now he was babbling away, and it seemed he was learning a new word every day.

But by January 2015, at 18 months old, it suddenly seemed as if Reece had stopped picking up new words.

He would repeat the ones he knew, but seemed stuck.

‘Chair,’ I said, pointing and trying to teach him something new.But Reece just stared at me blankly.

And over the next few months, his behaviour started to change, too.

Reece would get upset over little things and throw tantrums – something he’d never done before.

Still, I put it down to just another phase of growing up and tried not to worry. 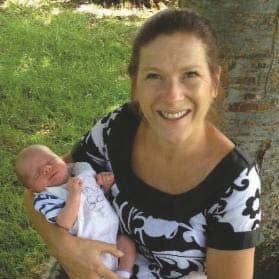 He loved it there, was making friends, and all my worries disappeared.

Until February that year... One morning, as he played with his toys on the living room floor, Reece suddenly started shaking uncontrollably.

As I ran over, his eyes rolled to the back of his head and he was foaming at the mouth.

I dialled 999, begged for an ambulance.

‘My son’s having a seizure!’ I yelled. By the time the paramedics arrived, Reece had stopped seizing.

To be safe, though, we were taken to hospital.

And there, after a scan, we had some news.

‘Reece has autism,’ a doctor told me.