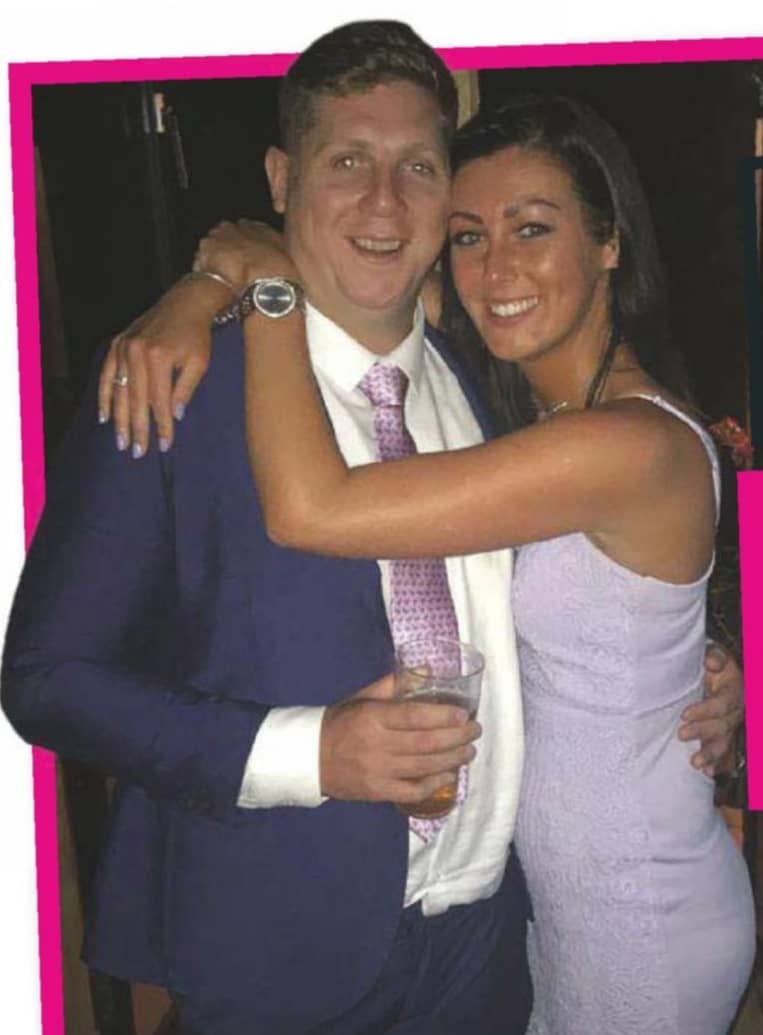 Joanna Terrell, 31, from Plymouth, bonded with her childhood friend over a traumatic diagnosis…

Pouring a drink and chatting away to my friends, I was feeling festive and jolly.

I was enjoying the evening until I lifted my right arm up and noticed a lump in my skin, the size of a Malteser.

‘What do you think this is?’ I asked my friends, pointing to the outskirts of my armpit.

‘Might be a cyst,’ they agreed. ‘It doesn’t hurt,’ I shrugged. I decided to book a doctor’s appointment to check it out, and two weeks later I was having a scan.

‘I’d like to take a biopsy to be sure,’ the doctor said.

They wouldn’t do a biopsy for a cyst, I thought.

My gut feeling was that it was something bad.

Whilst I waited for the results, I celebrated my 28th birthday with friends.

And just two days after my birthday, I was called back into the doctors with the results.

I am strong-willed and stubborn and didn’t tell Jason about my appointment in case he worried, but I did tell my dad, Steve, 67.

‘I’ll be fine by myself,’ I promised him.

Sitting in the doctor’s waiting room, I had the first appointment of the day.

Looking at the clock, I was starting to feel nervous.

And then the doors burst open and I turned to see my dad walking through.

‘You’re not doing it alone,’ he said strongly.

Thankful, I felt so relieved to see his face.

Dad waited on a seat outside my room whilst I went in.

My gut instinct was right. Neither my friends nor family had ever had breast cancer, it was scary to hear.

I sat and listened as the doctor ran through the process with me, then my dad was called into the room with me.

Suddenly, I was so grateful that he’d came along.

Afterward, I explained everything to Jason and my mum Karen, 62, and sister Louise, 34.

‘We’ll get through it together,’ Jason promised me.