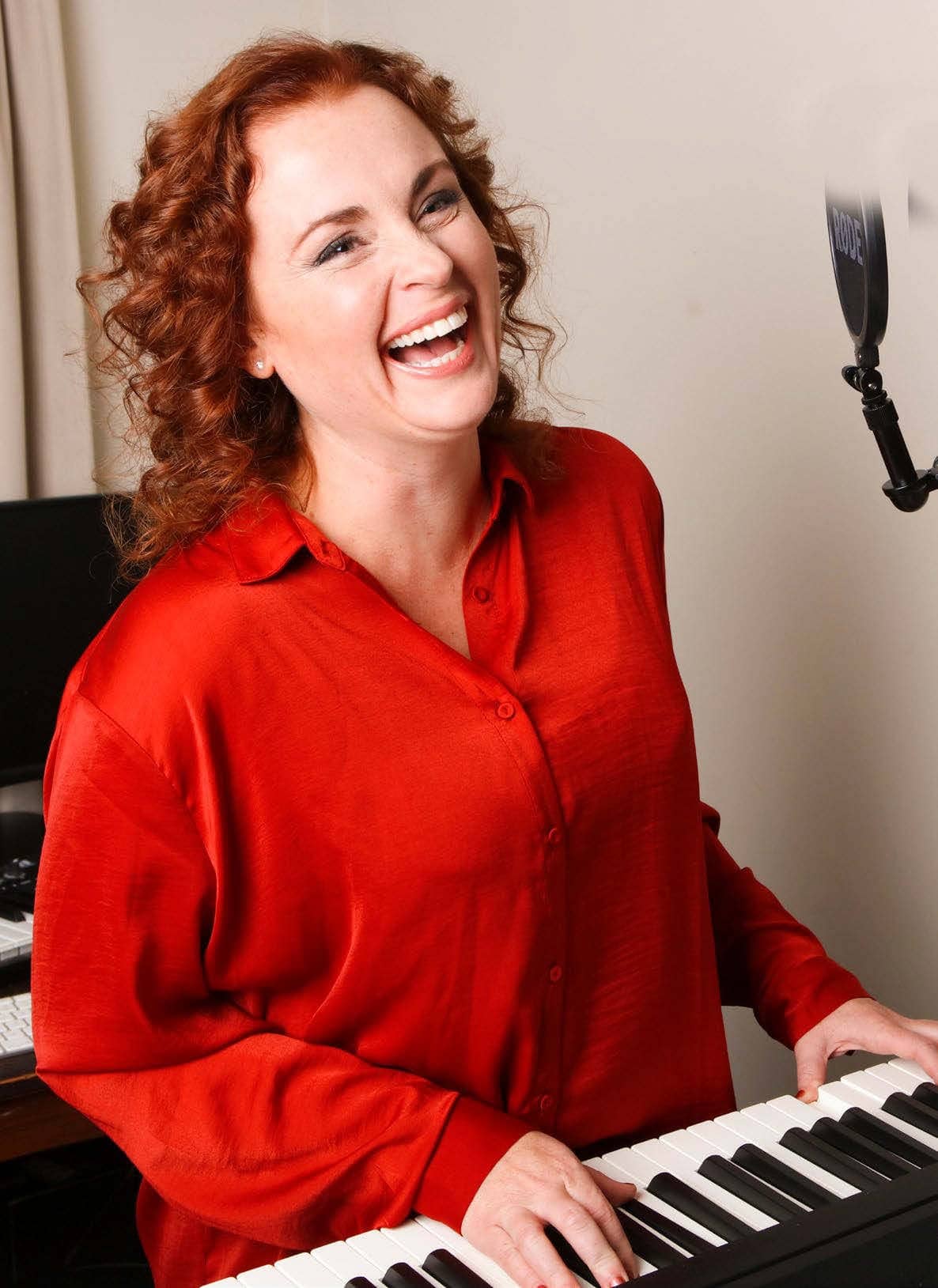 “My family weren’t particularly musical, but the Kavanagh side are quite creative.

My grandfather was John Francis Kavanagh, the sculptor and artist. He was a Fellow of the Royal British Society of Sculptors and lectured at Elam School of Fine Arts.

When I was six, my Dad gave me an ultimatum − did I want to continue with rhythmic gymnastics or did I want to try music? I chose music and learned the recorder, the clarinet and then the keyboard.

I spent hours and hours learning, experimenting and singing songs that I had made up. We were a very Christian family and didn’t have television or radio, so Dad couldn’t understand where I was getting my influences from, but he realised very early on that maybe I had talent and took me to composition lessons.

At intermediate, we were given the opportunity to write the lyrics for a new school anthem. I decided to write the whole thing – the music and the lyrics. I recorded it – my first experience in a studio – took it on a cassette to the teacher, and it became the Holy Cross School Anthem.

I recorded my first album Fade Away when I was 12, at Stebbing Recording Studio, and recorded another one the following year at York Street Studio.