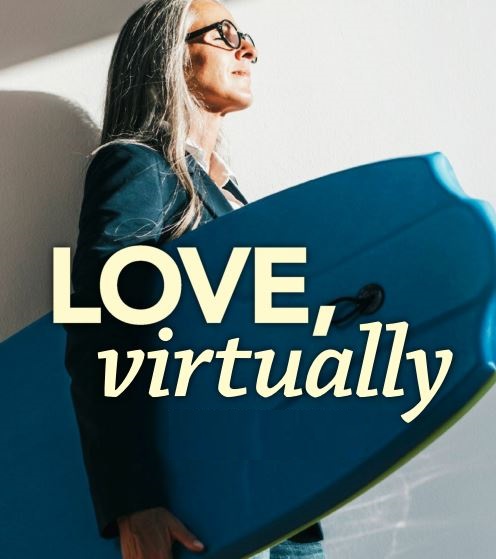 THE FINAL INSTALMENT OF A NEW SHORT STORY

I stole the grandbaby from her cot 10 minutes after my daughter left – just long enough that I could be sure she wouldn’t circle back to grab some forgotten item. Bad, bad babysitter.

There were precious few opportunities in life to lie on a sofa with a baby sleeping on your chest, and I would take them where I could. Next week this smooshed-up sleeping face would be slightly different, and the week after that, different again, and so on until she was 60-something and her late mother haunted the bathroom mirror, peering out at her while she peered in. In my memory, it seemed like my girls had been babies for a day.

The grandbaby sucked on her lips. (I wasn’t yet calling her by her name. Adeline was a name a child had to grow into. And I liked “grandbaby”. It was what all the cool grandparents were saying.) I adjusted my hold. My arms would be sore tomorrow, but this was worth every ache.

Everyone warned you how life zipped by. At some point I’d taken to warning my own girls – yes, it turned out I was that age – but they would just look back at me with a mixture of pity and impatience. By the time you truly understood, it was already too late.

I tsked. Too late? What would a 95-year-old have to say about that? (And would I listen?)

“Life is short,” I whispered to the grandbaby, literally a captive audience. “Take your chances while you can.”

Cars passed along the road outside. Crickets sang. Dreams crossed the grandbaby’s face in twitches and snuffles and sighs. When the ache got too much, I risked changing position, which put my phone in my direct line of sight. The phone in which James Brewer lived. Did I dare release him, like a genie? What would I even wish for?

“One snuffle for yes, two for no,” I told the grandbaby. She didn’t snuffle. “I’ll take that as a yes.” These days Nana made all her own decisions.

Before reason had time to prevail, I grabbed the phone and released the genie. Well, accepted James’ friend request, which was surely the 21st century equivalent.

And cue the pleasant flush. This time I closed my eyes and enjoyed it. The wellbeing mags I’d become addicted to since the separation would probably quote some study about the physiological benefits of romance. Between that and grandbaby cuddles, my serotonin levels had to be off the charts.

My phone beeped, vibrating in my hand. I let out a squeak. The internet messaging beep.