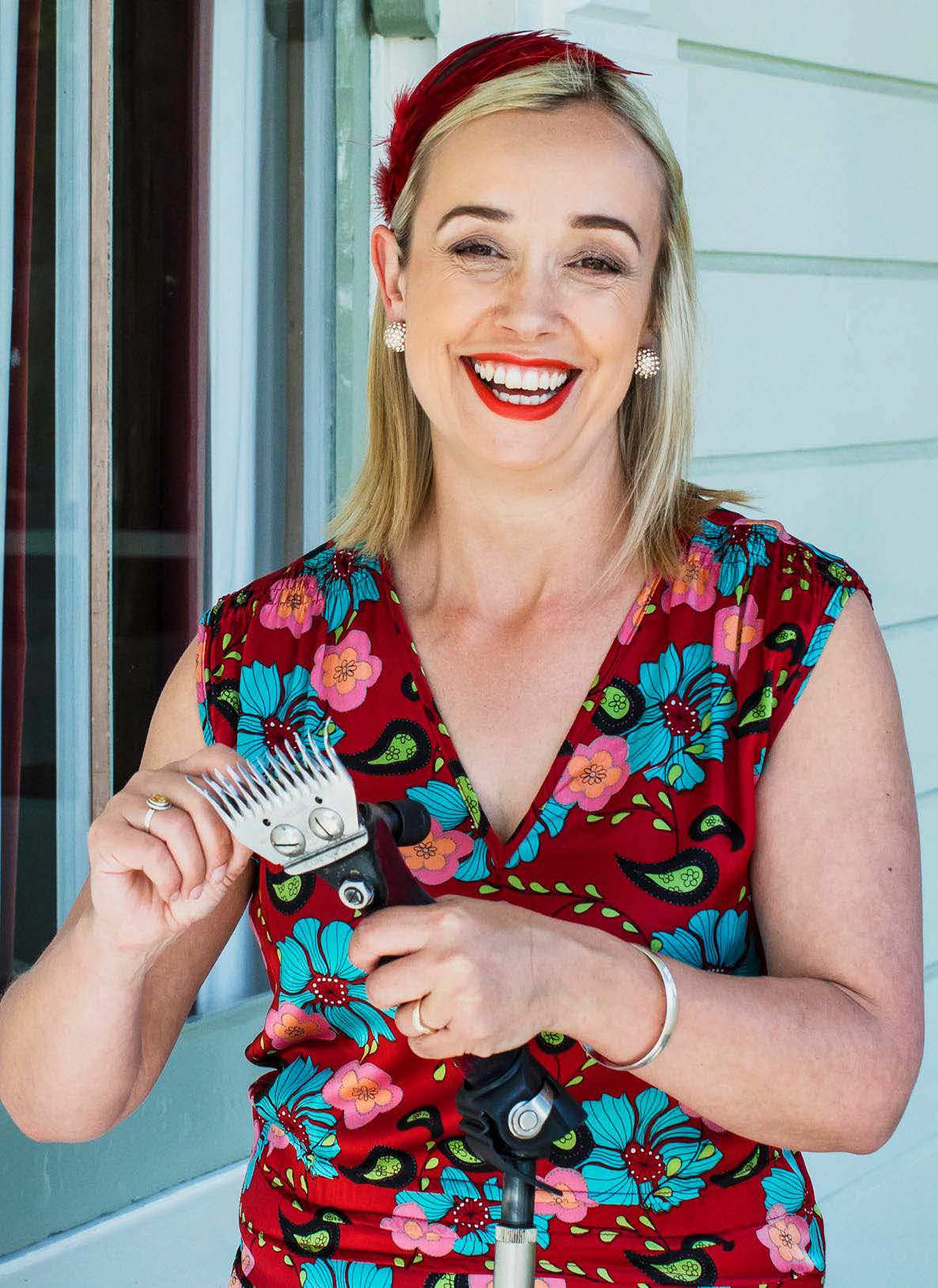 In A Moment Of Shear Madness, Sally Takes On A World Champ.

There was a tangible buzz in the shearing shed at this year’s Hawke’s Bay A&P Show – a ripple of excitement, the crowd at capacity, standing room only.

“We’ve never seen it like this before,” remarked the shearing commentator, as families toting candy floss and ice creams poured in, jostling for space.

The big attraction was not a celebrity, a royal or a Shrek-style shaggy beast, but a mum of two from Havelock North, novice shearer Sally Jackson. 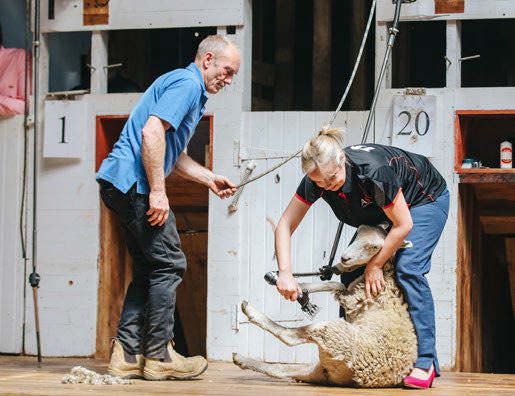 Sally – known in Hawke’s Bay as the glamorous Welsh import who until recently headed up the Art Deco Trust – is far more comfortable donning sequins and stilettos than a black singlet with moccasins. But in her new role as general manager of the local A&P Society, a challenge issued over a few wines at a conference saw her signing up for the contest of her life.

“I was chatting away to the general manager of the Canterbury A&P Society and the idea of a friendly competition between us emerged,” says Sally (41).

The pair hatched a plan to shear against each other at the Hawke’s Bay A&P Show, three months away.

“We each committed to finding a coach and learning how to shear. I don’t know what we were thinking – neither of us had ever touched a sheep in our lives!”