Queen Of The Beehive 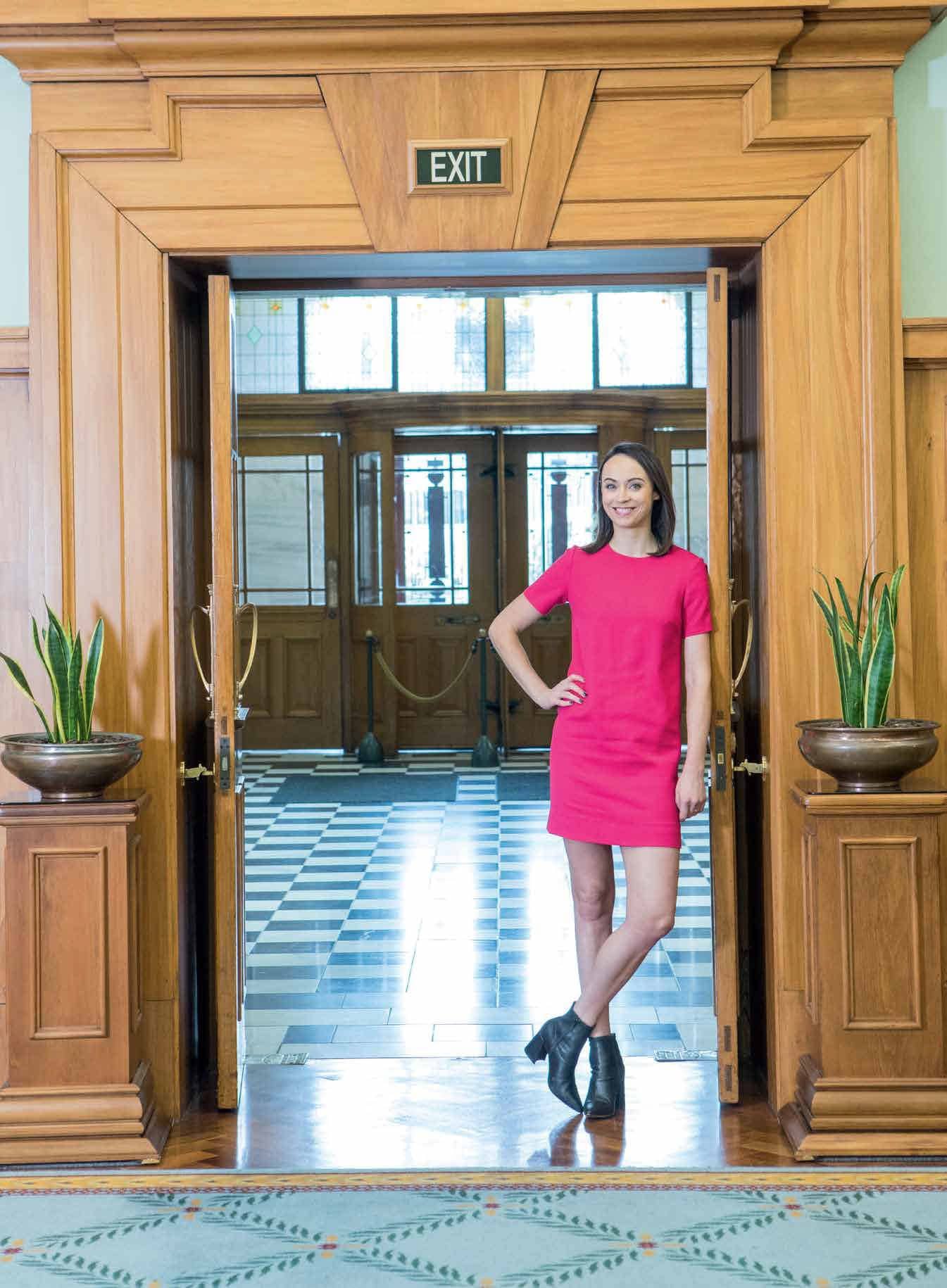 Tova O’Brien is living her career dream, leading Three’s all-female political team in parliament. She tells Sharon Stephenson about reporting from Europe’s hot spots, landing in jail, and what they really talk about in the press gallery

It isn’t easy finding Tova O’Brien. First, you have to get past numerous security guards and a metal detector. Then there’s a rabbit-warren of corridors that lead deep into the Beehive which, on this sunny weekday, is a blur of red-eyed, over-caffeinated politicians and staff.

It’s a different story in Newshub’s loud, fun and laughter-filled press gallery office. This is girl power at its best – the first time in Three’s history all three political reporters are female.

“They’re brilliant women who are incredibly smart but also have a huge brain for politics,” says Newshub political editor Tova of her staff – Jenna Lynch and Anna Bracewell-Worrall. She’s not the only one who thinks so: last year retiring MP Chris Finlayson called the team “young, clever and classy”.

While most of their office conversations pivot around politics, food is also a hot topic. “We’ve started a Wellness whiteboard to help us eat better and have more balance in our lives,” says Tova with the knowing laugh of someone whose workday usually runs from 7am-7pm, and whose evenings are spent attending parliamentary functions and chasing down politicians and press secretaries.

“This job can be exhausting but it’s also hugely exciting,” admits the 37-year-old. “Everything comes back to this place, because what goes on here affects every New Zealander. Real change can be effected from this building, but politicians, who are paid by the taxpayer, need to be called out on what they’re doing or not doing to make that happen.”

Tova is tall and elegant, with the kind of frame that’s perfect for the Kate Sylvester dresses she favours. But it’s not her wardrobe she wants to talk about. The self-confessed political geek is fizzing about the 2020 election, her first as political editor.

“Leading a team of women I admire and respect is going to be awesome. We’ll relocate to Auckland and follow politicians around the country on the campaign trail. It’s going to be long days and very little sleep, but I can’t wait!”