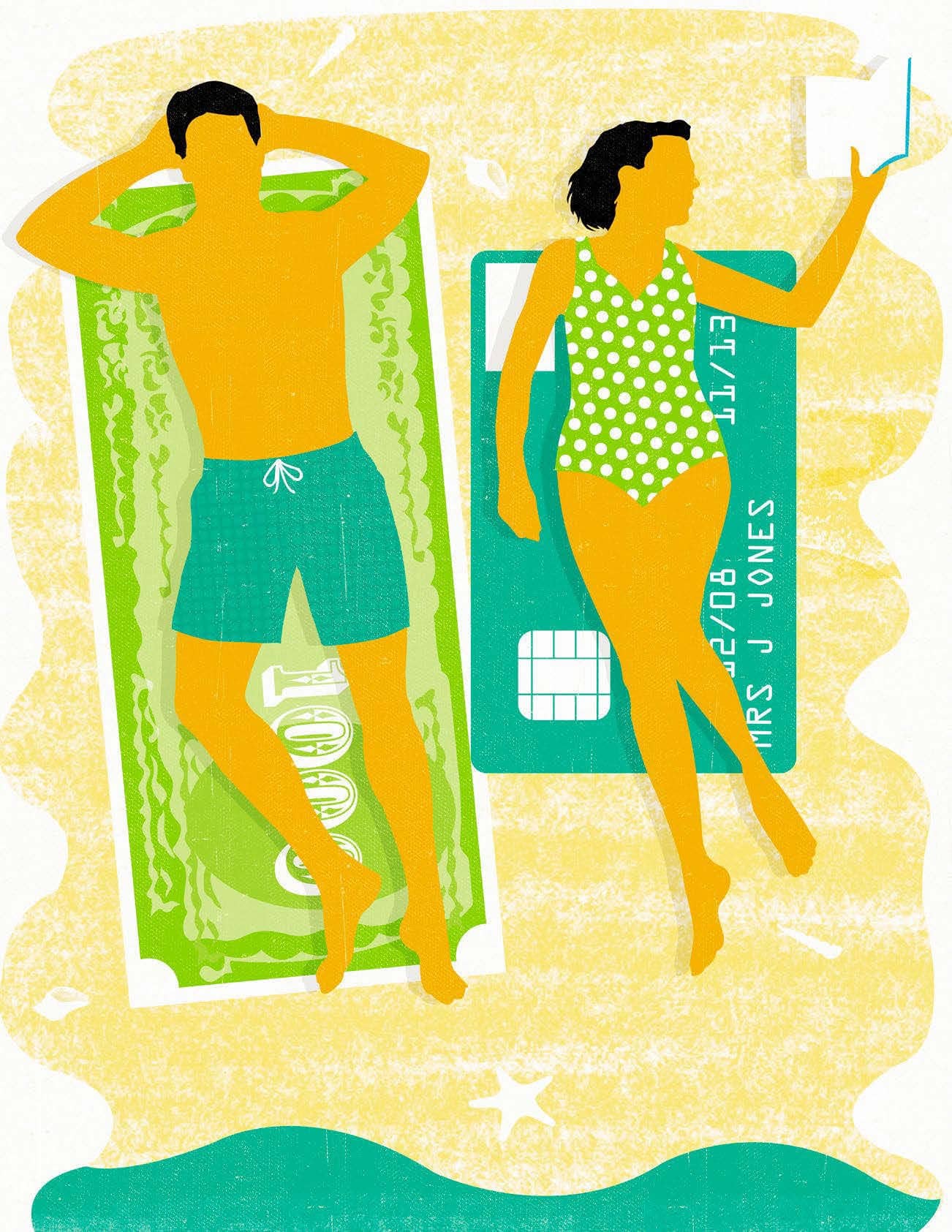 Do you pool your finances or keep them separate from your significant other? Radhika Holmström (a committed splitter) takes a look at the tricky ‘yours, mine and ours’ topic

We’ve all seen that couple in the restaurant. The ones who have clearly been together for years, who seem quite unremarkable – until it comes to paying. At which point, rather than put it on the shared bank account, they split the bill, or discuss whose card is going to take the hit.

Reader, I confess – that couple is likely to be my partner and I. I’m sorry if it irritates or bemuses you. In fact, when I explain my finances to other people, they’re frequently rather shocked, because they can look more than a little baroque to couples who ‘share everything’. Yes, there are times when one of us has to make an urgent transfer to the joint ‘bills and offspring’ account. But having separate personal ones works for us. I don’t understand why other people find it weird.

So I was highly consoled (and a little smug) to see a new study which shows that men do more housework in homes where the female partners keep their own bank accounts. The researcher from Lancaster University, who looked at the data from 6070 heterosexual couples in the UK Household Longitudinal Survey, found something else that really struck me: less than 12% of women surveyed kept their own accounts. From my admittedly not very scientific survey of friends, a significant proportion of those ‘own accounts’ are shell ones, in that they don’t keep anything much in them; effectively, everything is in one.

Several couples of my acquaintance find a single joint account to be the most straightforward way to operate: everything’s out in the open, nobody’s wrangling embarrassingly about debit cards in public and, as my friend Ella puts it, “We’re in it together”. That’s the view across quite a spectrum, from households with one main earner to those made up of two freelancers. “I was insistent that we keep things separate, until we started running a business together,” says Kate. “Then it made sense to pool everything. I can’t understand how you’d have it any other way.”

Others have the excuse of being from a different generation: one friend’s mother didn’t even know what her husband earned, while another’s mum didn’t use an ATM until she was widowed at 64.