GOING WITH the flow 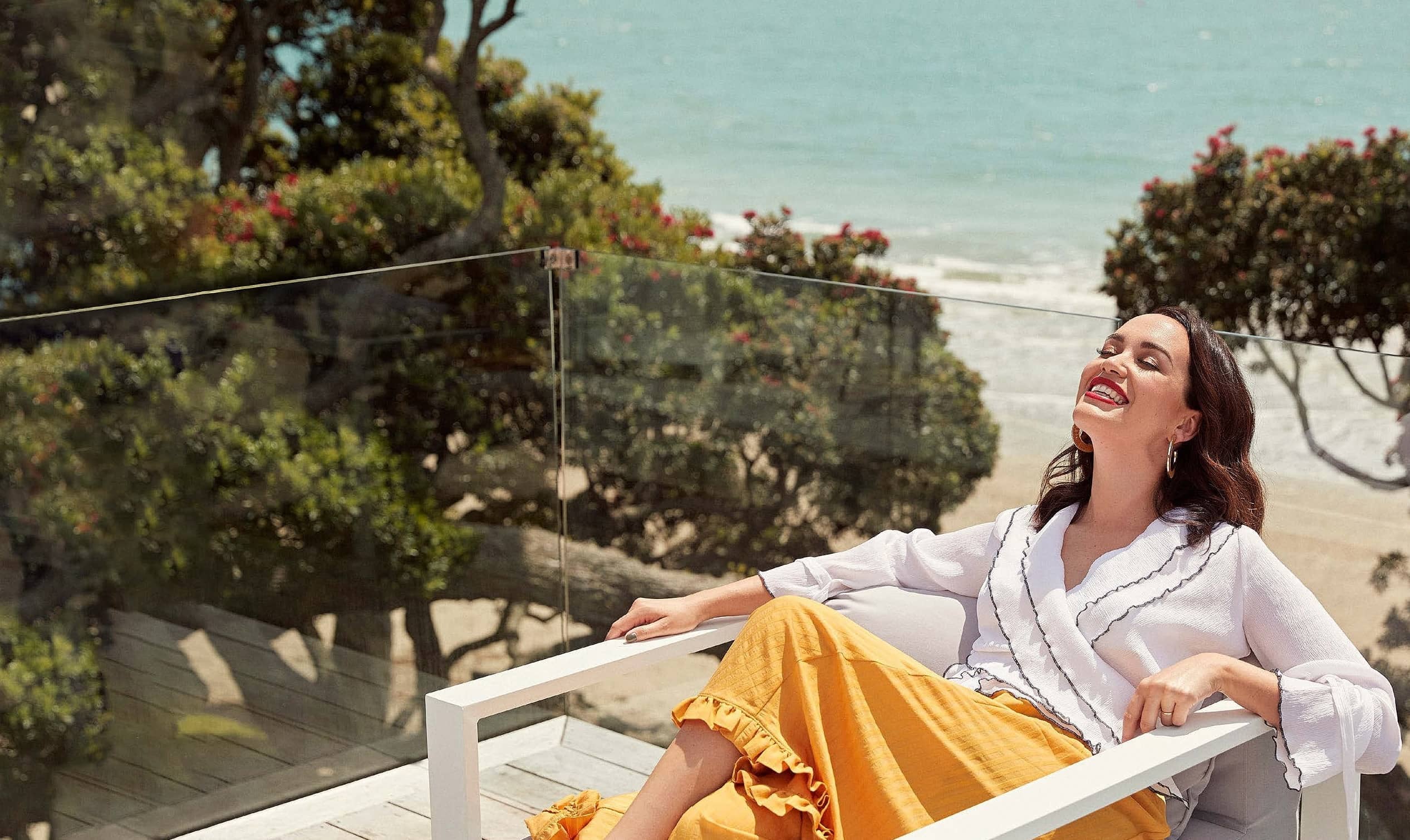 The past year has thrown a few big curveballs at Kanoa Lloyd. She talks to Phoebe Watt about her new approach to handling her anxiety and taking things as they come

Summer looks good on Kanoa Lloyd. I mean, everything looks good on Kanoa Lloyd. But you get the sense that if she could spend the rest of her days in togs, jandals and billowy shirts, chasing her salty, sandy, boisterous dog Brown down the beach, she would. Even with no ocean views to speak of – say, at a central Auckland café a stone’s throw from the television studio where she co-hosts Three’s The Project five nights a week – she’ll find a patch of sun and be instantly in her happy place. At our interview, she shows up wearing a white dress, a huge smile, and little hint of the anxiety that has crippled her in the past.

“I think it comes down to having built a solid enough foundation that I’m not rocked by the unexpected,” says the 33-year-old, reflecting on the progress she’s made in managing her mental health. When we spoke a year ago, she was all about identifying the things that would help her get back on track after an anxious episode.

“Now I’m more focused on what I need to do to be on track all the time, so that change isn’t derailing, it’s just a fork in the road and I’m in charge of deciding which way to go.”

It occurs that this progress was achieved just in time. In October, Kanoa was among the 500-plus MediaWorks employees to learn – allegedly just six minutes before the general public – that the cash-strapped media company was putting its TV arm up for sale. With no interested buyers to speak of, and rumours then-circulating that the network could be closed by Christmas, joblessness was a real possibility. The old Kanoa might’ve spiralled into a panic at the prospect. “But when the news came through, I was just like, ‘Okay, I guess this is what we’re dealing with now!’” 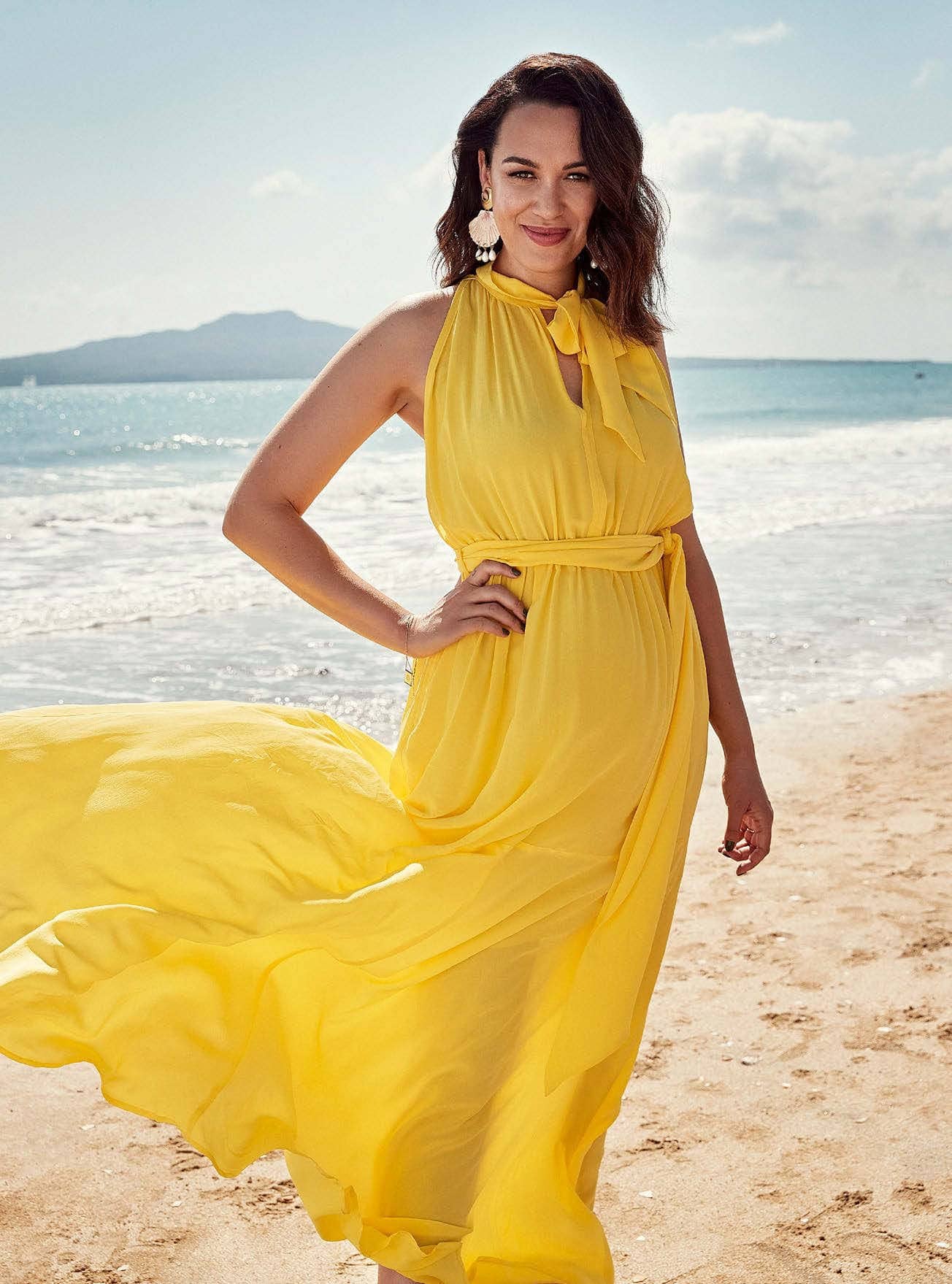 At the time of our interview, MediaWorks’s future is still up in the air, but ‘business as usual’ is Three’s party line. Naturally, there’s still a sense that for Kanoa and her colleagues, the rug could be swept out from underneath at any moment. But compared to the storms they’ve weathered together in the past, she says the current situation has been “the opposite of stressful”.

“People were surprised, of course, but there’s a real feeling of optimism. You have to remember that change is intrinsic to the industry we work in. I’ve gone from children’s TV presenter, to music presenter, to weather presenter, to hosting the 7pm show, and there’s no way I could’ve predicted at any point what the next thing was going to be. I kind of just rolled with it. So I don’t want to say that I’m blasé about what happens next, but I’ve had so many new opportunities thrust upon me throughout my career, and they’ve all turned out so amazingly that however it unfolds, the future doesn’t scare me.”