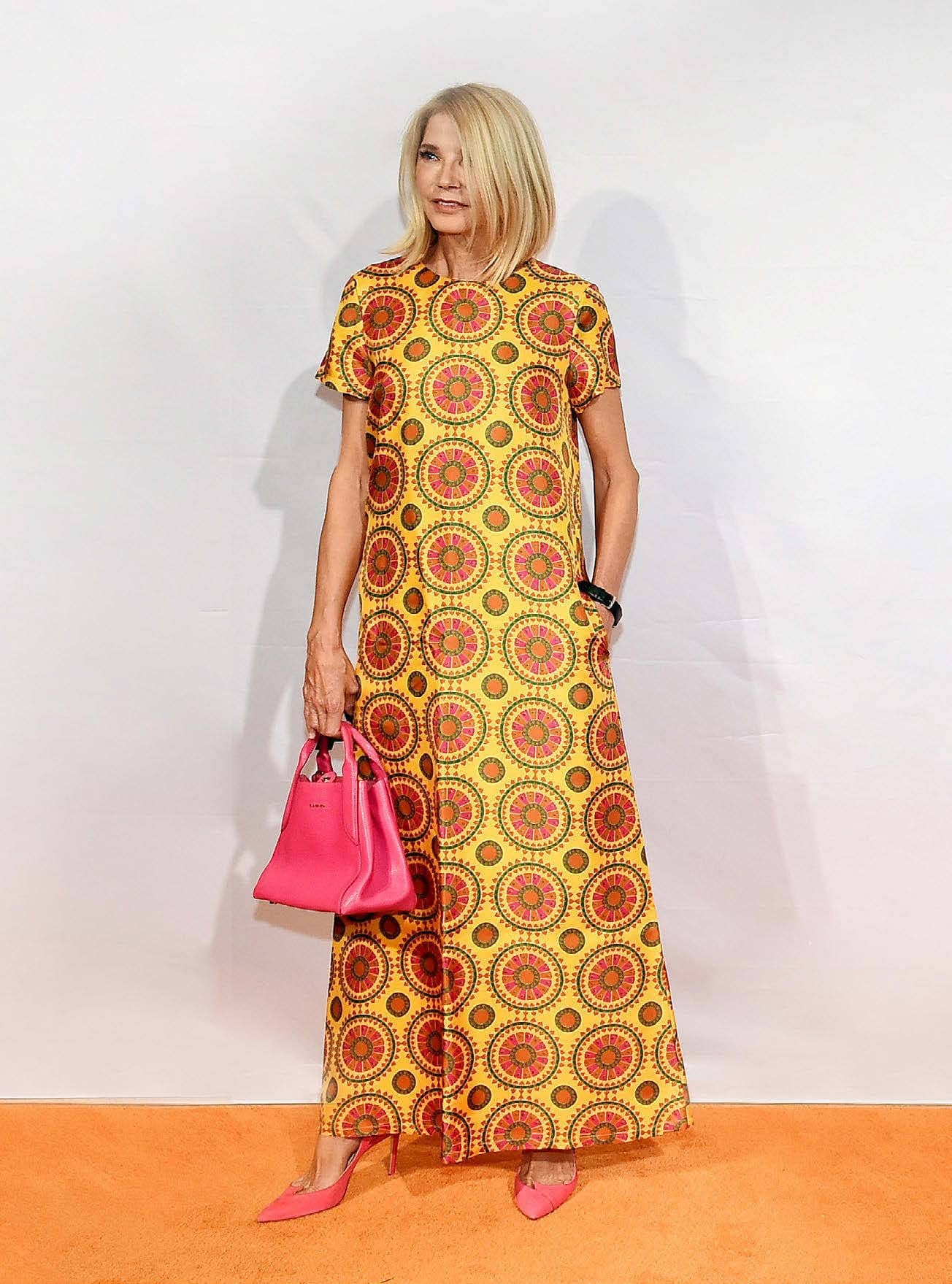 I’ve got 25 minutes with Candace Bushnell before she has to leave for a barbecue at a friend’s place and unfortunately for me, her poodles won’t settle. Frequently featured on her Instagram paddle-boarding or paddle-boating or both, they’re barking down the line from the Hamptons where I’ve reached the 60-year-old Sex and the City author on one of three phone numbers provided by her publicist, “in case there’s a last minute reason she’s called back to New York.”

It’s Monday morning my time; 5pm Sunday for her, and while I’m suffering through the depths of an Auckland winter, she’s melting in a heatwave. “It’s too hot!” she exclaims. “Too hot to be outside!” As such, she’s spent the day indoors, filling in email Q&As for various publications. “Tomorrow is meant to be a little cooler, so I’m doing lunch by the pool at my girlfriend’s house around the cove,” she says, emphasising ‘pool’ and ‘girlfriend’s’ and ‘cove’ in a performative way, like she’s playing the most clichéd socialite version of herself. Later, she describes the Hamptons as being where rich New Yorkers go in the summer. “Except I live here all year!”

It’s delivered with the same, almost endearing lack of self-awareness that’s peppered throughout her new book, Is There Still Sex in the City? in which she cries poor, despite owning a total of three properties in affluent areas of New York and Connecticut.

Don’t hold that against her – or it. A hybrid of memoir and fiction, the story follows Candace and a group of girlfriends as they navigate their 50s and 60s, and is a sequel-of-sorts to Sex and the City – first published over 20 years ago out of columns the thenjournalist wrote for The New York Observer, before being made into the juggernaut TV series that cemented her place in the cultural zeitgeist.

Is There Still Sex in the City? consequently occupies a slightly contradictory space for the woman who, on the one hand, seems to reject constant comparisons to SATC – quick to point out that she’s authored nine books since, of which three have been made into TV series – but who, on the other hand, had the commercial nous to market her latest effort as a sequel, right down to the iconic magenta type-face.

IN THE HANDS OF THE FANS

For the record, Candace loves SATC, “and I do still feel really connected to it,” she says when asked whether the series’ eclipsing of the book in pop culture makes her feel like the whole thing belongs to someone else. “If anything, it belongs to the fans now,” she says, referencing the endless SATCinspired accounts that saturate every social media platform. “It’s really taken on a life of its own.” In paying homage to its predecessor, it occurs then, that ITSSITC is perhaps Candace’s way of closing that chapter. “Everything kind of comes full circle,” she confirms. “So yes, there’s an acknowledgment of SATC, but at the same time it’s saying ‘We’re not there any more. We’re here.’”

‘Here’ is The Village – a clear stand-in for the Hamptons. ‘We’ is Candace and her cast of fictional girlfriends. But it’s also ‘us’. Because they are every woman – an amalgamation of the author’s real-life friends and acquaintances, each bringing to the table a plethora of universal problems and experiences. Most of the material in the book is based upon true war-stories of what Candace repeatedly refers to as the ‘mid-life passage’ – portrayed as a time of great upheaval and uncertainty. Some of the stories are complete fiction. “But everything feels real,” she says. “These things could happen to anybody, and they do.”