A Passion for Puffins 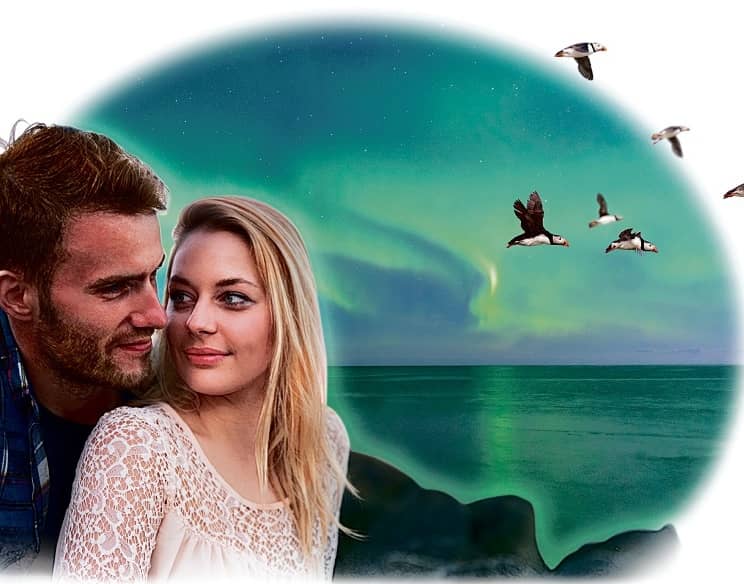 Libby felt strangely at home here… would she ever return to Iceland, to the puffins – and to Jon?

Libby stepped out on to the dark Icelandic street and paused to look around her. Despite everything she’d heard from Jon she’d been sceptical, but it was true. The streets were full of children, scurrying about with torches, their breath rising on the chill air, their small faces earnest in the bright streetlights.

“Their parents wake them up just before midnight,” he’d told her on that first evening when they’d met in the bar. “And they go out with their cardboard boxes, searching. It’s fantastic. It’s become a tradition – the very best kind of tradition – because we have something I think you call quality time in England… yes? And also we are giving something back to our beautiful island.”

His eyes had held hers and she’d felt his enthusiasm, his passion. It was something she had come to know and love about these islanders – their understated passion. They didn’t go OTT like the Italians, or brash like the Americans, or intense and serious like the people back home in the UK. Their passion was of the quiet variety.

So tonight, instead of going to bed, she had tugged on her woolly hat, buttoned up her coat, and gone outside to join Puffling Patrol.

Jon and his children Alda and Haddi were waiting for her on the corner of the street where her hotel was – the place they’d agreed to meet.

“Are you ready for our midnight mission?” Alda asked her solemnly.

Her blond hair was pale in the moonlight and her blue eyes were shining with excitement, despite the evident seriousness of the occasion.

Both she and her brother were carrying shoe boxes and they had torches. Clearly they had left nothing to chance.

“You think we will find some pufflings then?” Libby clapped her hands together in the chilly air.

“We will find them,” Haddi assured her confidently. “We know the best places to look.”

Jon smiled at her. “A family tradition.”

This trip had been the pinnacle of along held dream for Libby. Not just her dream but Steve’s too. One day we’ll go to Iceland – it had been on her bucket list since she was small. Steve had said it was on his too, but it had been much farther down on his list and somehow it had never got to the top. Somehow they had never made it to the Westman Islands.

They had never made it as a couple either. But two years after they had decided to go their separate ways, Libby had decided that she was going to come by herself. It had felt like now or never. So she had stepped off the plane at Vestmannaeyjar airport, almost three weeks ago. Her excitement had grown as she’d seen the white buildings with their distinctive bright coloured roofs – this time for real, instead of just in a travel brochure.

From day one she had known it was one of the best things she’d ever done. The people were so friendly, so generous of spirit, and the peace of the place wrapped her up in its arms.

Puffins were big on Heimaey Island. Their images were celebrated everywhere, from the distinctive puffin head on street signs and benches, to the fluffy toys and postcards in shops. Puffins were what brought in the tourists, the landlady of her guest house had told her, and clearly this island was proud of the distinctive little bird that inhabited the cliffs all around it.