The Women Who Sued Isis 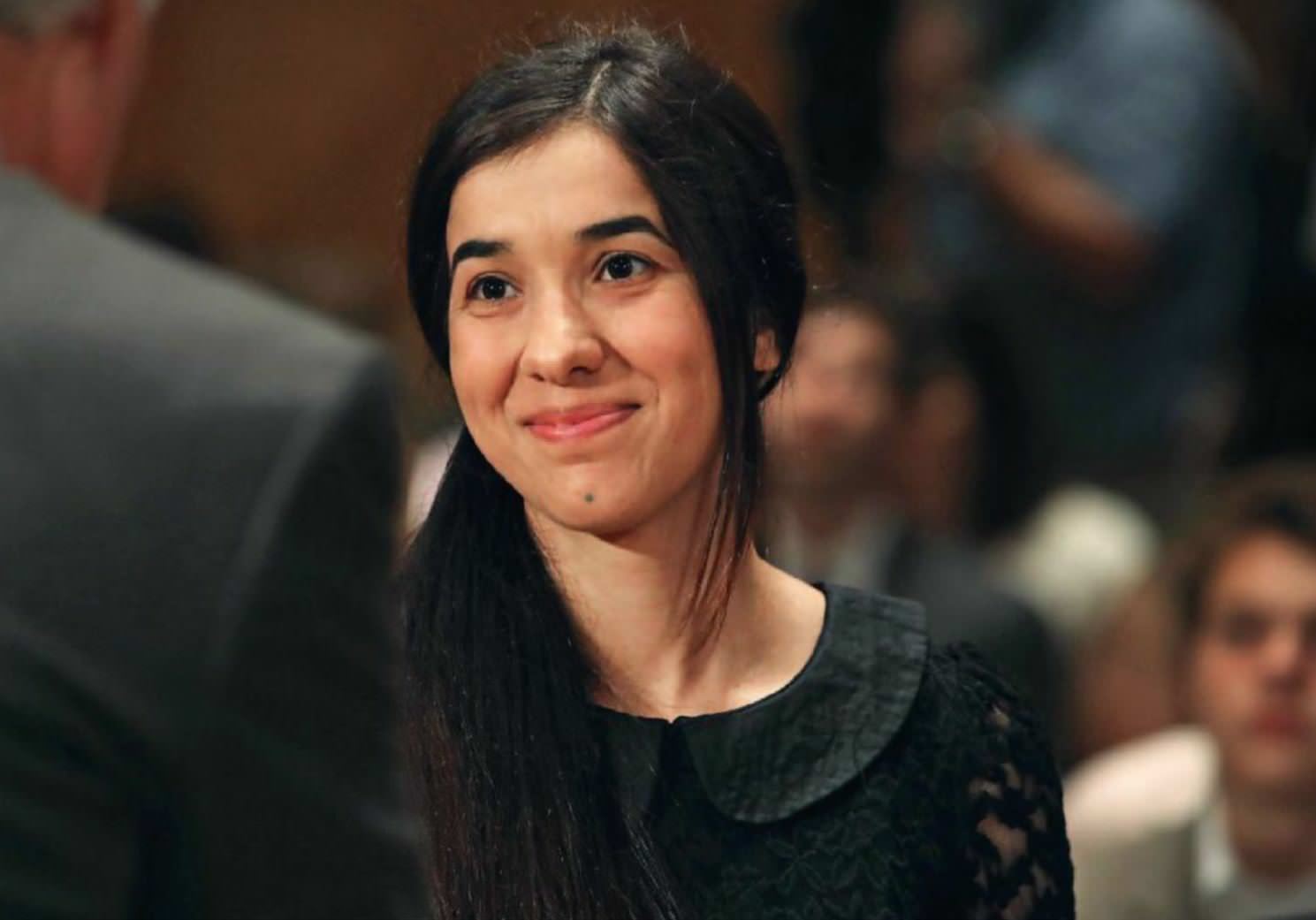 Sold as a sex slave to brutal Is is warriors at the age of 19, Nadia Murad made a desperate escape. now, the 2018 Nobel Peace Prize laureate has joined forces with human rights lawyer Amal Clooney to bring the men responsible to justice.

Nadia Murad had a plan. The Isis fighter who had purchased her body at a slave market weeks before, was distracted downstairs. Since he had enslaved her, Hajji Salman had dressed the teen in flimsy clothes and make-up – something the modest young woman had never worn before – then raped and beat her daily. Today, he ordered her upstairs like a dog to await the moment he felt like using her again, but Nadia had other ideas. Alone and frightened, she stood at the second-floor window and spotted an empty oil drum on the ground below that she felt could be used as a stepping stone to freedom. Pulling on a black niqab (an Islamic garment not worn by her people, the Yazidi, but that she thought would help disguise her once she made her escape) the 19-year-old climbed out the window. She began to lower her torso, suddenly realising the drum was too far to reach. As her feet stretched desperately to make contact with safety, she heard the heartstopping sound of a gun being cocked.

A man’s voice yelled for her to go back inside. ‘I froze; my body folded over the windowsill,’ she wrote in her memoir, The Last Girl. Heaving herself back into the room, she curled up in a ball, sick with fear, awaiting her fate. ‘The door opened and Hajji Salman came in, carrying a whip in his hands,’ Nadia recalls. ‘Screaming, I threw myself onto the bed and pulled a thick comforter over my entire body and head, hiding the way a child hides. Salman stood beside the bed and without a word started beating me. The whip came down hard, over and over, so fast and with so much anger that the thick blanket did little to protect me.’

Her captor yelled at her to get out from under the blanket and remove her clothes. She had no choice. Trembling, she stood before the monster who held her in his complete control, stripped naked. ‘Nadia, I told you that if you tried to escape, something really bad would happen to you,’ he said, his voice now menacingly quiet as he left the room. Nadia waited, crying silently. Moments later, six men – including the guards posted to watch her – entered the room. ‘As soon as I saw them I understood what the punishment would be,’ Nadia says. One by one, the men raped her. ‘I screamed for my mother and for my brother,’ she says, but no one heard her – her family had long since been killed or sold by the Isis terrorists. She was entirely alone. ‘Nothing I did or said stopped the guards from attacking me. The last thing I remember from that night is the face of one of the guards as he came towards me. I remember that before it was his turn to rape me, he took off his glasses and put them down on a table. I guess he was worried they would break.’