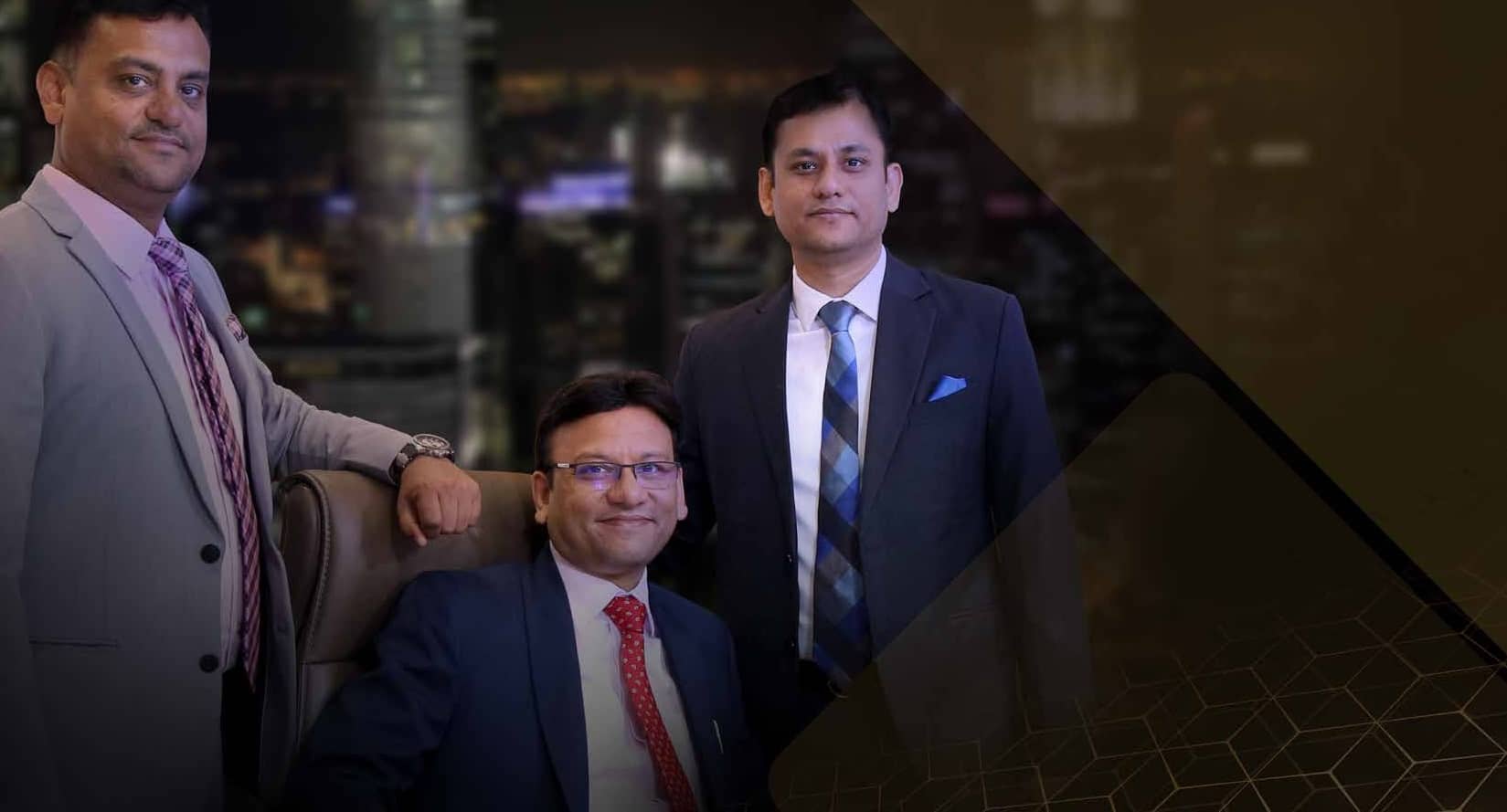 Amidst the explosions of the penny-pinching Indian intimate wear players and the unrestrained influx of the swanky International brands, the stunning saga of Bodycare international was weaving a new history in the golden pages of Indian intimate wear industry. It is a story of unwavering determination and resilient strife embodied in the DNA of several generations that grappled not for months or years but for decades to finally find their foot at the peak of this industry.

Ennobled as India’s most bankable intimate wear brand, Bodycare International has stunned the biz charts with a stupendous growth curve of 15 per cent year-on-year growth sketched in the last 5 years. Booming under the navigation of the sagacious visionary Mr. Satish Gupta, the chairman, founder and managing director of Bodycare International; and driven by the distinguished directors Mr. Sachin Gupta, Mr. Amit Gupta and Mr. Mithun Gupta, Bodycare has carved a path to the apex of this industry. With the triumphant trio astutely managing the bridles of the company and the maestro pathfinder illuminating their way, the company is smoothly sailing towards the no.1 position not only in the domestic markets but also in the global listings.

But it was never a journey in still water, there were storms and cyclones that they managed to weather, without compromising the basics on which the foundation of Bodycare was laid. It is their unshakable philosophies, that they maintained even in desperate times, which have made this humble brand an emblem of trust, quality and excellence. Empowered by these rare values, today Bodycare is a brand celebrated in every nook and cranny of the country. An aspiring brand for the middle class, a choice of comfort for the upper middle class and a smart addition to the closet for the high class, Bodycare has enthralled the masses of all sections. Bodycare has established itself as a prime choice when it comes to highquality undergarments, thermals, kids wear and loungewear at reasonable rates for the complete family. With cutting edge research and use of unparallel technology, the company has successfully pioneered products that have carved new roads that drive the growth of Indian innerwear apparel industry.

‘ONCE UPON A TIME’

The first seed of this huge empire was sown way back in 1948. Mr. Satish Gupta’s father dipped his toes in this industry with a modest bra making factory that operated with a few machines at the back, veiled with a small shop at the front. Parked at the heart of Sadar Bazaar, the business blazed with rising demands and Mr. Satish Gupta, who was just a 13-year-old then, dropped his formal education and set foot on his journey of mastering the art of ‘sui-dhaga’ in bra manufacturing. The stepping stone of this foundation was laid emphasizing the importance of developing unique and unmatched quality products. Things were going grey and green until the little firm got washed away in the waves of the 1971 war. The ruthless storm tossed them hard, and knocked them out without even giving a moment to realize or remorse. Mr. Satish Gupta had to make up the leeway by trying his hands on different things. Though his time was not right, but he kept chasing the light. After many clouds and clamours, the destiny finally smiled upon its own child. He was once again pulled into the line of bra business when his father appointed him as a subcontractor for Dora. He honed his skills and sharpened his acumen, underwent trainings and learned the technicalities. With a rekindled spirit and sparks of enthusiasm, his father built the factory brick by brick right from the scratch and Mr. Satish Gupta cemented it with his relentless efforts and untiring hard work. This second innings was also forged on the groundwork of care for quality. Infact the brand name ‘Bodycare’ was coined to epitomize their genuine effort to caress the body with good quality and super comfort.

Things were rolling and pitching but nothing could put their anchor in place. They drifted a few times just to come back to where it all began again. Finally in the year 1992, after knocking several doors, Mr. Satish Gupta secured a loan of Rs. 2 lakh and started afresh in a 300 sq feet space, in the ground floor of his residence, with 3 machines and 5 members who strived from dawn to dusk, spent countless nights beneath the stars and slogged through the heaps of fabrics, to roll out the very first lot from the factory. But only if life was such a cake-walk; they approached the distributors at Sadar Bazaar who heartlessly shut the doors on their face because their quality products came at a cost that no one was eager to put their bet on. With a heap of unsold products and the tickling bomb of interest on loan, Mr. Satish Gupta turned his eyes from the overwhelming problems to seek a solution. He saw a bleak chance of getting his stuff stocked by taking it straight to the retailers and at that point, he was ready to take even the flickering 1 per cent chance of success over the eye-shutting 99 per cent chances of failure. This was probably the turning point; the tremendous pressure metamorphosized an ordinary man into the precious gem. This turned out to be a masterstroke; retailers accepted their products and the quality and uniqueness of their collection completely stirred themarket. Their first set of products broke the bar with its unbreakable elastic, no matter how hard you pull, the elastic’s gonna stick, this blew up the contemporises who were running a completely different race of knocking the least price spot. Even before the competitors could get a hold of this, Bodycare launched its next missile the exceptional quality dyeing that did not shed colour. This again disrupted the market in a huge way! The wheel of innovations kept rolling with the Procean print on girl’s panties and the super white soft flow fabric, the Disney characters on prints and the elastic out style on bloomers, lycra stretch fabric in innerwear, latest seamless inner-wear technology and quilt knit technique for producing thermals. The rate at which Bodycare was running the race with innovations and newness the other brands failed to match that. Powered by this unshakable growth, they went on adding machines and erupting new units in different locations to suffice the rising demands of the market. The expansion was huge and rapid; they roped in relatives and friends who could invest and whom they could trust. The people from Sadar Bazaar who once turned down the products were now waiting in queues to get their dealership. Their time had finally arrived and the fate which once seemed wretched has now turned into a fortune. Gradually, the brand spanned from Delhi to UP, Haryana and Rajasthan to almost all parts of the country. Retailers and distributors facilitated the further thrust with financial support and the company continued its ride of glory.

With the office, factory and warehouse stationed right beneath their abode, the skills and talents of business permeated through the walls to enlighten the three musketeers who were going to bring laurels to the legacy. The kids grew up watching the talented craftsmen, learning the trade, listening to the talks and contributing in their own capacities. Among the three, Mr. Amit Gupta was the first to follow his father’s footsteps. After completing his basic education, Amit chose experience over education as his weapon and his position in the company today justifies every bit of this bold decision. He came into the picture in 1996 when Satish ji was inundated with the taxing and pressing responsibilities of a fiercely growing business. He was juggling multiple roles single-handedly, Amit came to his rescue and took care of all the overhead tasks; he oversaw the man and machinery, the orders, dispatches, billing, the little things that are too small to acknowledge but too big to ignore. Donning multiple hats, he got a panoramic view of the company. This multifaceted training at the job sculpted him to become a major contributor in Mr. Satish Gupta's vision of creating a benchmark in apparel industry through several innovative and unique products from the house of Bodycare International. Amit’s deep insights, thorough R&D and broader vision helped him in developing the brand Proteens. He nurtured a completely new team and powered the launch of Proteen solely handling every aspect from production to marketing. 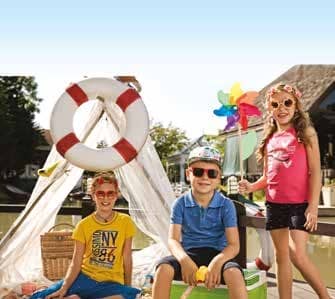 Mr. Mithun Gupta came to Amit’s aid when the later was swamped by the daunting launch of a new product in the market. Mithunji hit the roads, reached out to the retailers and covered 80 per cent of the retailing going door to door. He travelled across cities, deciphered the market formula, gathered feedback regarding the quality, design and played an instrumental role in the positioning of Proteens. This dynamic man empowered with an MBA in Advertising and Marketing entered the intimate wear business in 2003. He was the mastermind behind the transformation of brand’s promotional activities, from its packaging to its presence. He has always proved his mettle with exceptional contribution in the management of Information technology, Marketing, Sales and Promotion. Bodycare’s first website was designed and coded by this nerd. He also fluttered his wings over accounts and finances, trading, catalogue shooting and logo designing. He revamped the brand, took care of its image and re-established Bodycare as the most coveted brand the country drools to don.