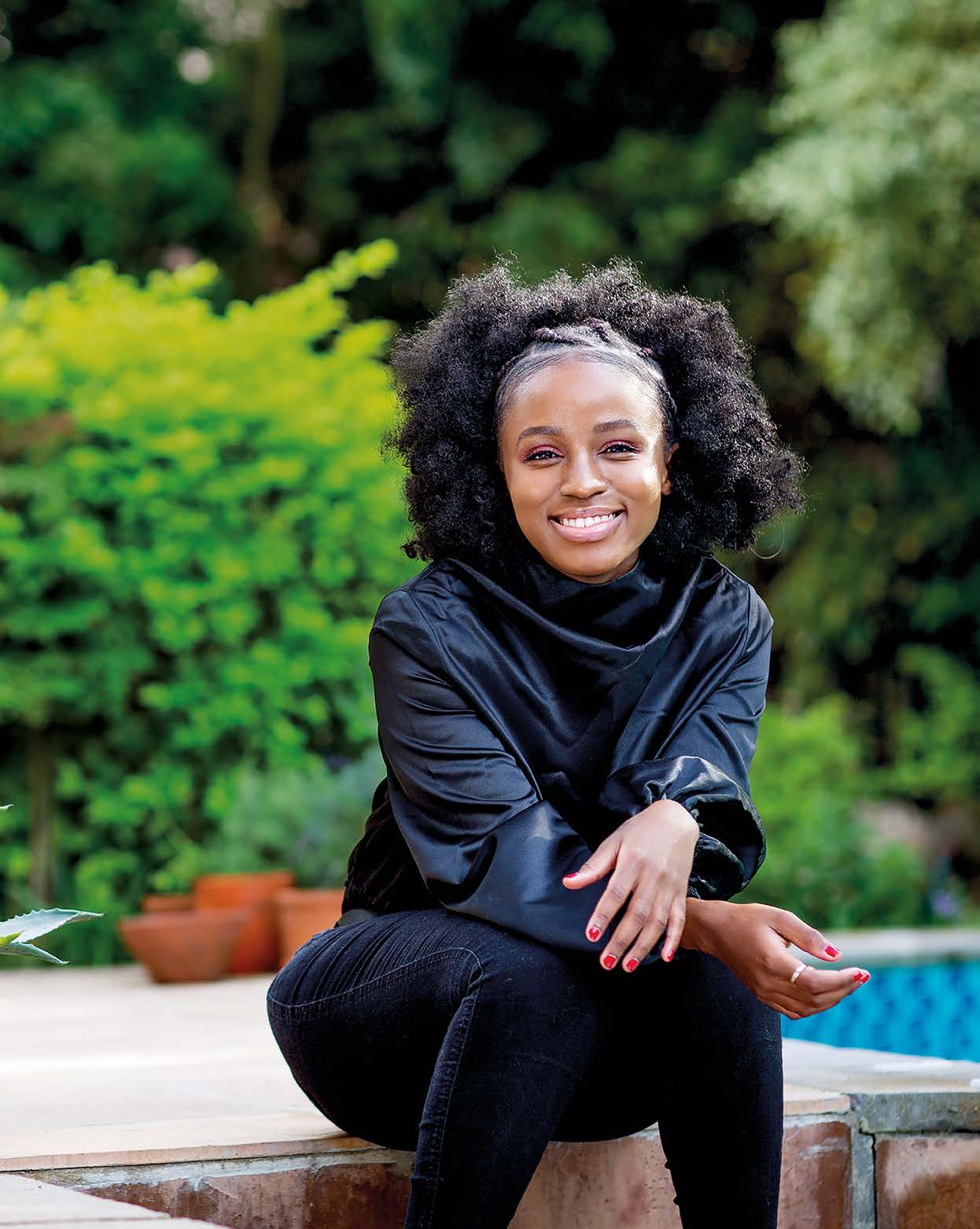 The smallscreen’s newest starlet is straight out of South Africa. Masali Baduza plays the lead in the BBC’s dystopian romance drama series Noughts + Crosses - an Afrocentric reimagining of a forbidden love story.

What would the world look like if Africa had colonised Europe? That’s the premise of Noughts + Crosses, the new BBC adaptation of Malorie Blackman’s young adult novel on Showmax now. In the Afrocentric city of Albion, the black ruling class, the Crosses, oppress the white underclass, the Noughts. But at its heart, Noughts + Crosses is also a love story: between Sephy Hadley, sheltered by privilege, and Callum McGregor, the son of the family’s housekeeper, Meggie.

Although Albion is meant to be a reimagining of London, Capetonians will spot some familiar landmarks and buildings, as most of the show was shot in and around the Mother City. (Even the Media24 building makes an appearance!) Then, of course, there’s the leading lady: our very own Masali Baduza.

The youngest of six children, Masali jokes that while her siblings would never have got away with it, her parents didn’t mind her going into the arts. ‘They were just really supportive of whatever I wanted to pursue. I was never pressured to be something I didn’t want to be.’

After high school, East London-born Masali jetted off to Los Angeles to study at the New York Film Academy’s West Coast campus. ‘I was taught by lecturers who were still fully involved in the industry. We got to really know the industry before we immersed ourselves in it,’ she says. When she graduated, Masali came back home to gain some experience, get into theatre, and because she just really missed SA.

She started doing mainly theatre work, landing a role in The Taming of the Shrew at Maynardville Open-Air Theatre – which had been given a feminist revamp with an all-female cast – and starring in a sketch production, Nasty Womxn, at the Alexander Bar & Theatre, where Masali showed her range by playing multiple characters in this social and political commentary on Greek mythology. ‘I love merging entertainment and performance with the social and political issues we face,’ she says.

Just two years into her career, Masali was working backstage at the National Arts Festival in Makhanda (formerly Grahamstown) when her agent called. ‘I was asked to create a self-tape audition for a BBC show,’ she says. ‘They liked my tape, so I flew back to Cape Town to meet the producer and executive producer. After that, I was flown to London to do a chemistry read with [Peaky Blinders star] Jack Rowan, who had already been cast as Callum.’