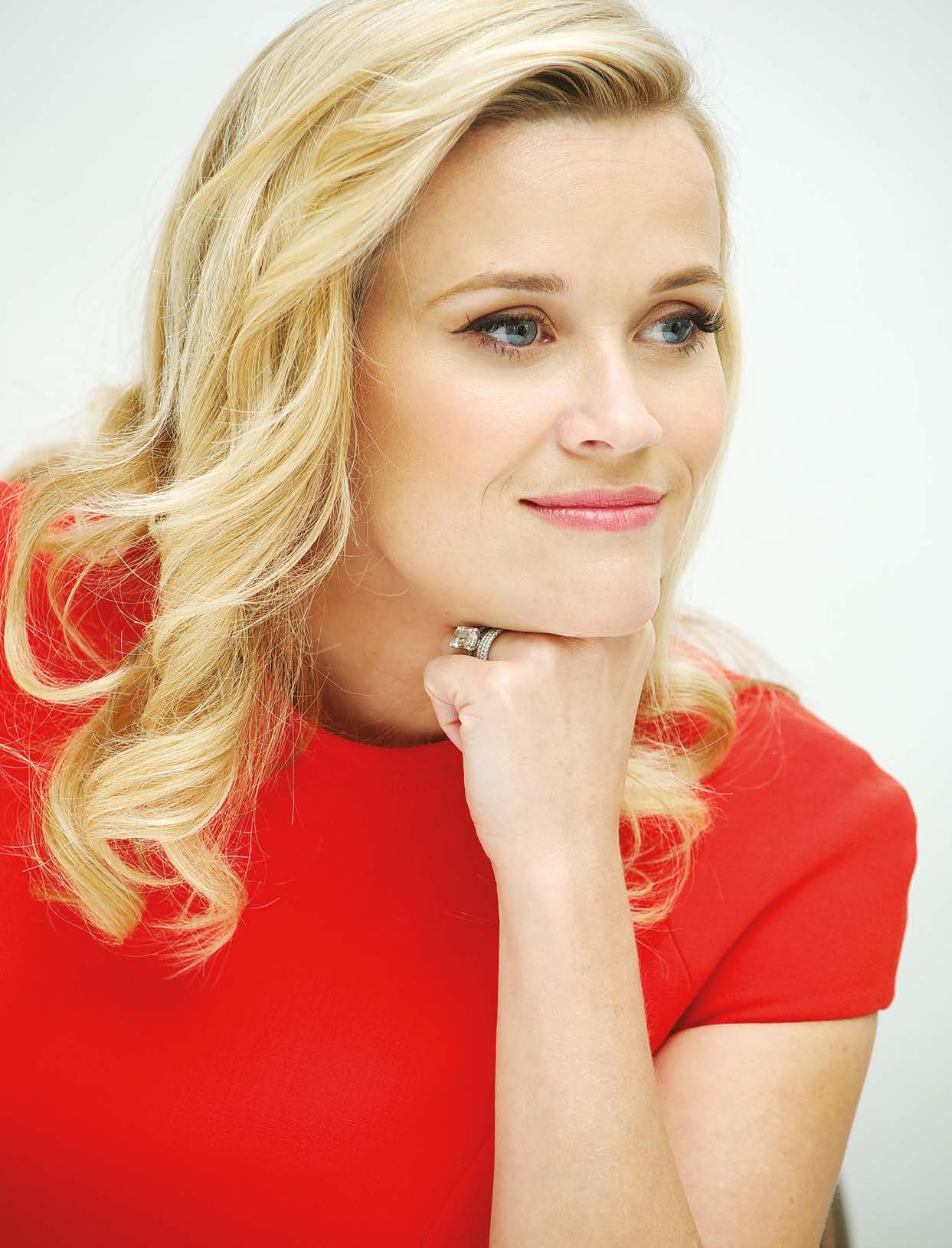 The diminutive blonde that is Reese Witherspoon enters the Four Seasons hotel in Beverly Hills on four-inch heels, in a Stella McCartney royal purple dress, her blonde hair parted to the side, dimples on display. Physically, she is everything Hollywood boxes and sells as fluff: easy on the eye, easily dismissed. But, with talent, brains and grit, Reese has challenged the label others may have given her, and demonstrated that she is a force to be reckoned with.

When I met Reese for 2001’s Legally Blonde (a movie that still holds up), she was playing someone dismissed as, well, blonde, but who challenges the status quo, forcing the world to acknowledge her abilities. This has been the theme of her own life. During that interview, she shocked the press corps by matter-of-factly advocating therapy if a couple or an individual were to find themselves in need of it. No sensationalism, just – if you need it, get help…

The same straight line from A to Z is exhibited in her career – there’s no drama. This mother of three sets a goal and executes. It was clear even then that she was not your typical starlet, but the driver of her own destiny. Her media company, Hello Sunshine, has recently been delivering one powerhouse series after another: the star-studded Big Little Lies, The Morning Show (with Jen Aniston), and Little Fires Everywhere, (which she co-produced with Scandal’s Kerry Washington, who also co-stars). The heroes are women, and in Little Fires, the person who is not white and privileged trounces those who are, in a way that opens up conversations and makes you want to have long debates about the emotions it raises.

In short, what Reese has done is tell tales women want to see. These are stories that reflect imperfect humans; that pit women against women and demonstrate the loneliness of trying to do it all and be everything to everyone else – the implicit sacrifice that women are driven to and raised to execute.

In 2015, Reese was nominated for an Oscar for Wild, having also won for Walk the Line in 2005, in which she played country singer June Carter. Amazingly, she sang the songs herself, demonstrating a vocal ability that could have taken her to Nashville if she’d so chosen. On a set visit for Little Fires Everywhere, FAIRLADY had a chance to chat with this New Orleans native who seems to have it all.

You seem so in control – do you ever have to put out fires?

It’s all a juggle. I’m really busy but I have a lot of help to help me get through my day and stay organised. I have three kids and a puppy too. The puppy is always causing chaos.

Little Fires Everywhere is set in 1997. What are the thoughts that occurred to you, playing this role?

It made me wonder how my mother answered some of these questions about class or race, and who her friends were, and – who did we hang out with? What felt appropriate and inappropriate? What was the language around race? Things that we used to say, like, ‘We are color-blind’; now you would never say that – that denies someone’s individuality and their experiences. But those were things that we were taught as little kids – or I was. Nobody talked about white privilege. When I said that to Kerry [Washington], she said, ‘That’s interesting, because when I grew up, my mother was talking about white privilege.’ So Kerry and I were having this very honest conversation. Our friendship is a safe place to have them. There’s also a deep respect for each other as artists and creators; that we are going to hold hands and learn and put art into the world that maybe pushes people’s buttons a little bit… challenges the status quo.