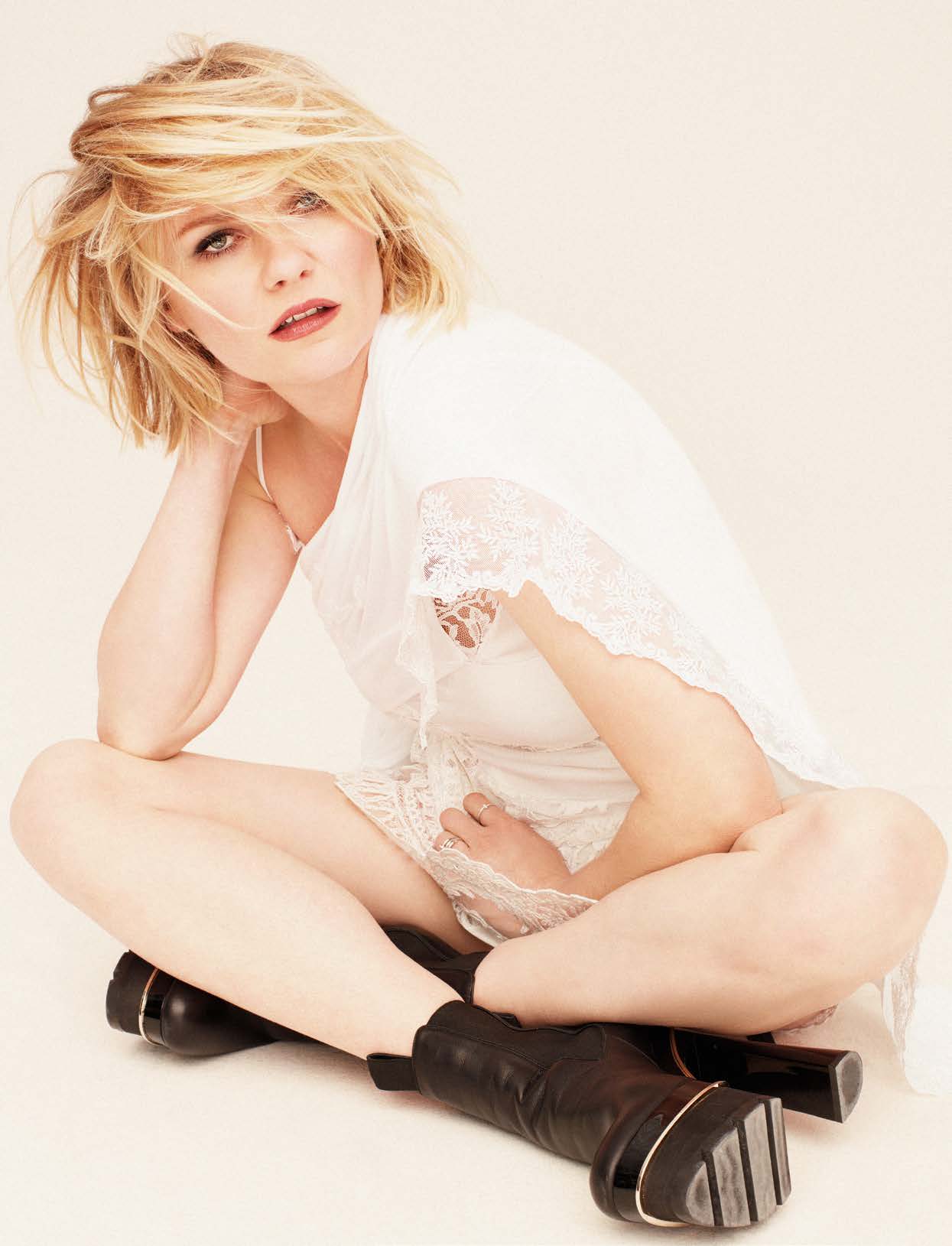 The days of vampire flicks and plucky teenage cheerleader movies are long gone – Kirsten Dunst is all grown up and back on screen with a live-wire performance in pitch-black comedy series On Becoming a God in Central Florida.

CHRISTINA PITT
IN a world suddenly intrigued by the trailer park anti-hero, On Becoming a God in Central Florida finds itself in good company: Netflix series Ozark had been widely praised by critics, and the success of trashy yet entertaining documentary series Tiger King is unprecedented.

Kirsten Dunst plays the lead role in this dark comedy series: the impossibly tough Krystal Stubbs, a waterpark employee who has to claw her way up the ladder of a cult-like pyramid scheme that caused the death of her gullible husband.

Set in 1990s Florida, working mom Krystal has to scheme her way through a system set up for failure. ‘It is a story of false image, desperation and exploitation, one that gets at the core lie of the American dream,’ as Vanity Fair puts it.

While Tiger King has its tigers, On Becoming a God in Central Florida features Kirsten firing a shotgun into a swamp of alligators and dismembering one to feed her daughter. ‘It’s about a mother trying to make it work!’ says the 38-year-old actress. ‘I get to put things that are ugly into my roles. I can express my rage through Krystal. It ends up almost being therapeutic in a way. I could play Krystal because I understand her, but also I get to release those things.’

Kirsten – who has a two-year-old son, Ennis – says that motherhood has ‘deepened her understanding of her character’. ‘The whole drive of Krystal is to really survive for her and her daughter.’ In one scene, she hands her infant daughter a roll of paper towel to play with – one of those things Kirsten says she wouldn’t have thought twice about if she hadn’t been a mom. She also felt that it was necessary for the writers to address where Krystal’s baby was in every scene, ‘because I would call that out if I was watching this show’.

The actress injects her own cool-headed charm into the character, which has been touted as one of her finest portrayals yet. ‘It’s one of the best performances Dunst’s ever given, verbally, physically and emotionally,’ raved Rolling Stone. ‘Krystal’s personality is all sharp edges, in contrast to the post-pregnancy voluptuousness that she uses as a weapon of last resort.’