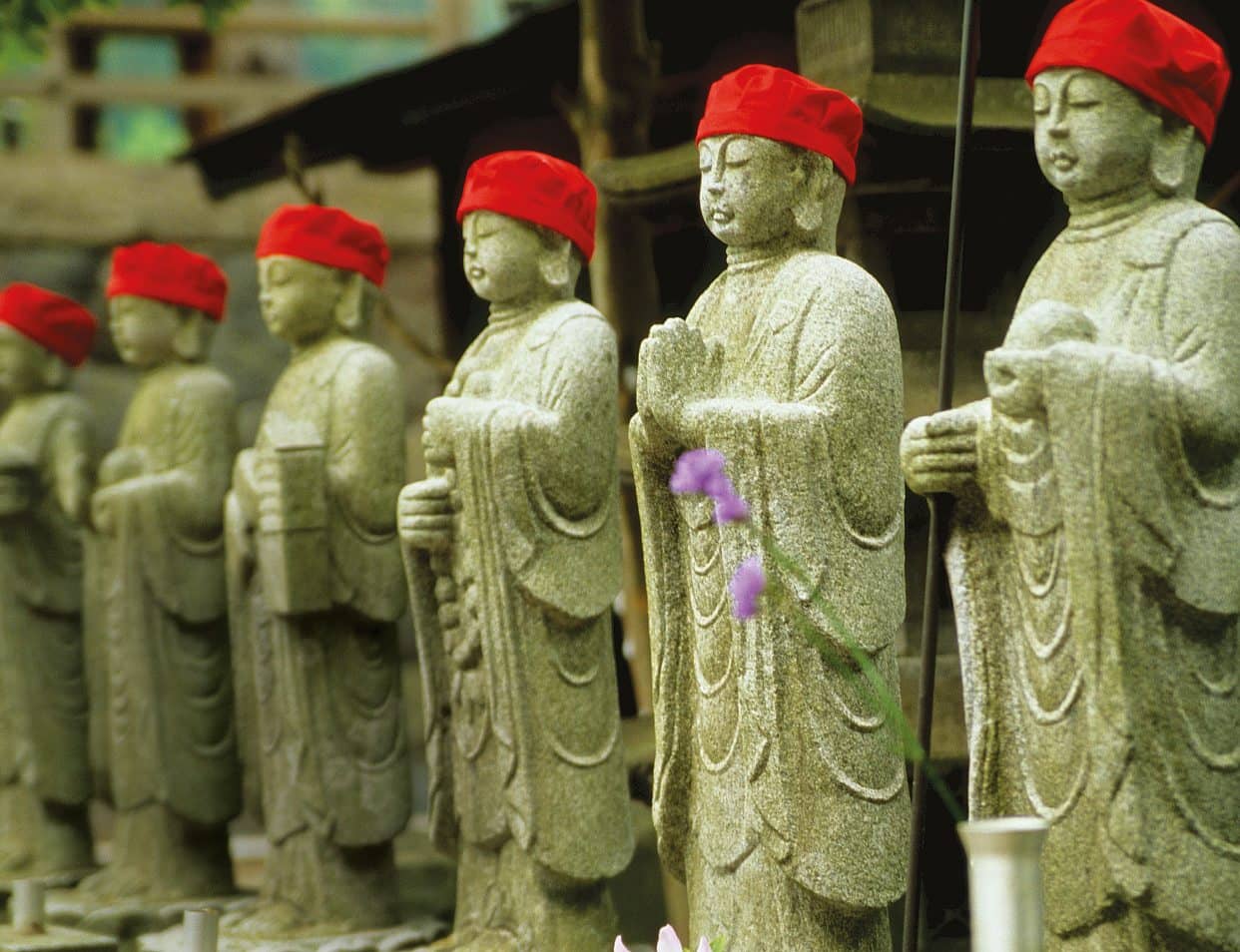 If the misty mountains, crystal-clear waterfalls and soulful shrines don’t make you fall in love with Japan’s ancient Kiso Road (although, why wouldn’t they?), then the centuries-old inns, the warmth and hospitality of the people, and the incredible food certainly will.
SUZY BROKENSHA

I love them all, obviously, but also because, in my view, we simply had no other option: the instant we beat the Japanese team, we just had to win the whole thing to make that defeat OK. This is not down to divided loyalties, this is about my total, all-consuming, teenage-style crush on Japan, the strangest, most interesting country I’ve ever been to.

Tokyo is as mesmerising as everyone says it is, and Kyoto possibly even more beautiful than it’s given credit for. But I think it was the five days I spent walking the Kiso Road that really turned me into a mooning adolescent. 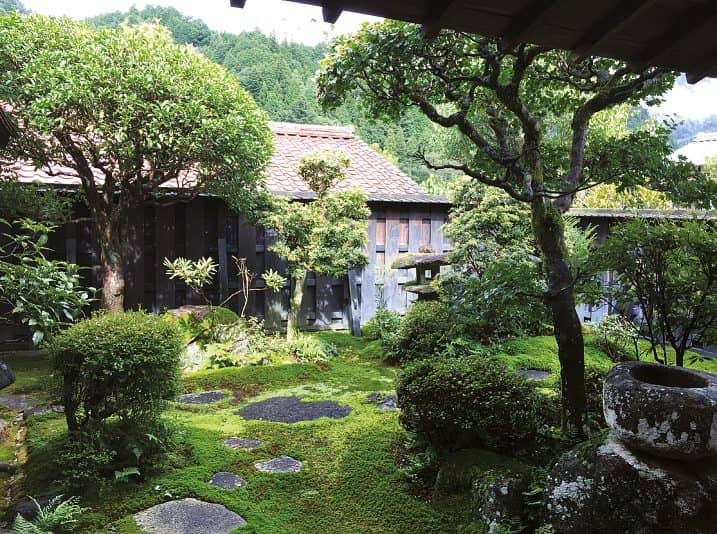 The Kiso Road is part of the Nakasendo Way, an ancient trade route linking Tokyo with Kyoto (Japan’s original capital). At least two thousand years old, the road has been walked for centuries by samurai, pilgrims, warlords, loggers and anyone else with business to conduct or scores to settle. Sixty-nine post towns grew up along the way, all beautifully preserved – so beautifully preserved that it’s really only your fellow walkers and pilgrims that remind you that you’re living in the 21st century.

And there’s something about walking a country as opposed to training, bussing or driving through it. As anyone who’s walked the Camino will know, getting up every morning, putting on your boots and setting off on a road that has been walked for thousands of years by thousands of people somehow makes you part of the stream of history rather than simply an observer. It’s a mystical, powerful thing. I know that sounds wildly fanciful (cf: teenage crush), but it’s true. 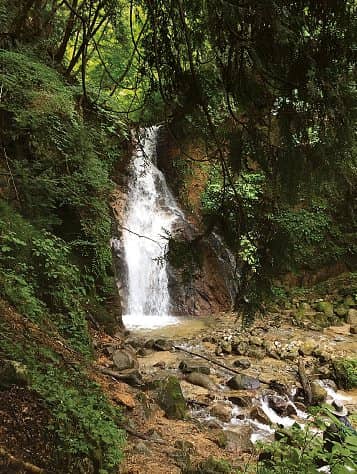 That’s actually why Walk Japan (walkjapan. com), the company that’s pioneered walking tours in Japan for nearly 30 years, started. The tour company now offers about 30 different routes, but the Nakasendo Way was their first, and it was originally designed by the company’s founders – two professors at Hong Kong University – for their students of Japanese history and geography to get a deeper feeling for, and understanding of, the country they were studying. The best way to do that, they believed, was to walk in it. It worked so well and was in such demand that they started expanding the routes; that’s how it all began.

The routes vary in terms of length and fitness requirements, but you don’t need to be super-fit for the Kiso Road, which runs from Ena to Matsumoto and takes five days to walk. I say walk, but there’s a bit of train-catching too – the idea behind that, as Elmore Leonard said about writing, is ‘to leave out the boring bits’: you catch a train through those and focus on the rest. 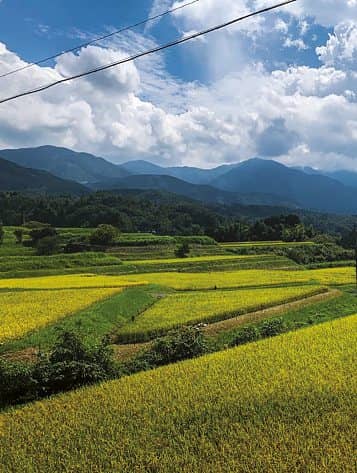 And it’s magnificent: five days of hiking through towering cypress and cedarwood-covered mountains and down into deep gorges to clear, fast-running mountain streams; stopping off at pristine and welcoming post towns surrounded by fields of rice. You spend each night in a different centuries-old inn or ryokan, often still owned and run by the original family. And you carry only a day pack – your luggage is sent ahead to the next inn. As the famous Japanese poet Basho (who walked the Kiso Road himself) said, ‘You should not sleep twice in the same inn. Your thoughts should be on a mat that has not yet been warmed.’ 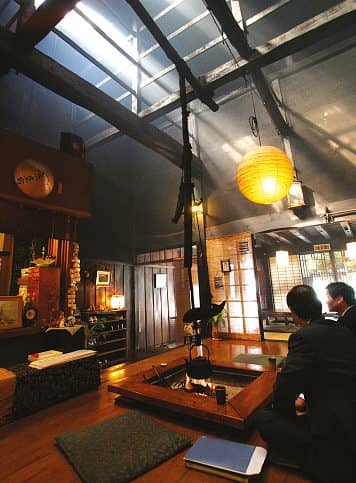 And that’s how it was.

We met up with the rest of the group at Nagoya Station, where we caught a train to Ena, a post town, for our first night. There were 12 of us (13 with our guide, Yo Murakami) from cities as far-flung as New York, Brisbane, Singapore, Dallas, London and Cape Town, and they all added so much to the trip (not just because they’ll be reading this – hello guys!). I think choosing to spend your holiday walking is still quite unusual, so this type of trip attracts curious people looking for something different, which makes them interesting almost by definition. They were a pleasure to walk with. 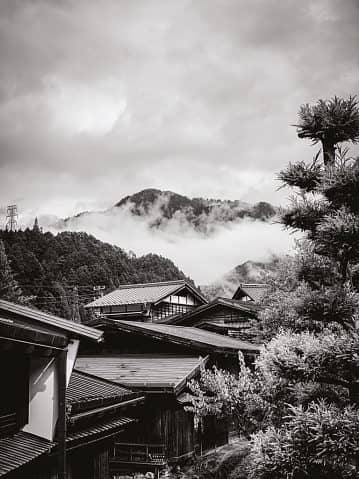