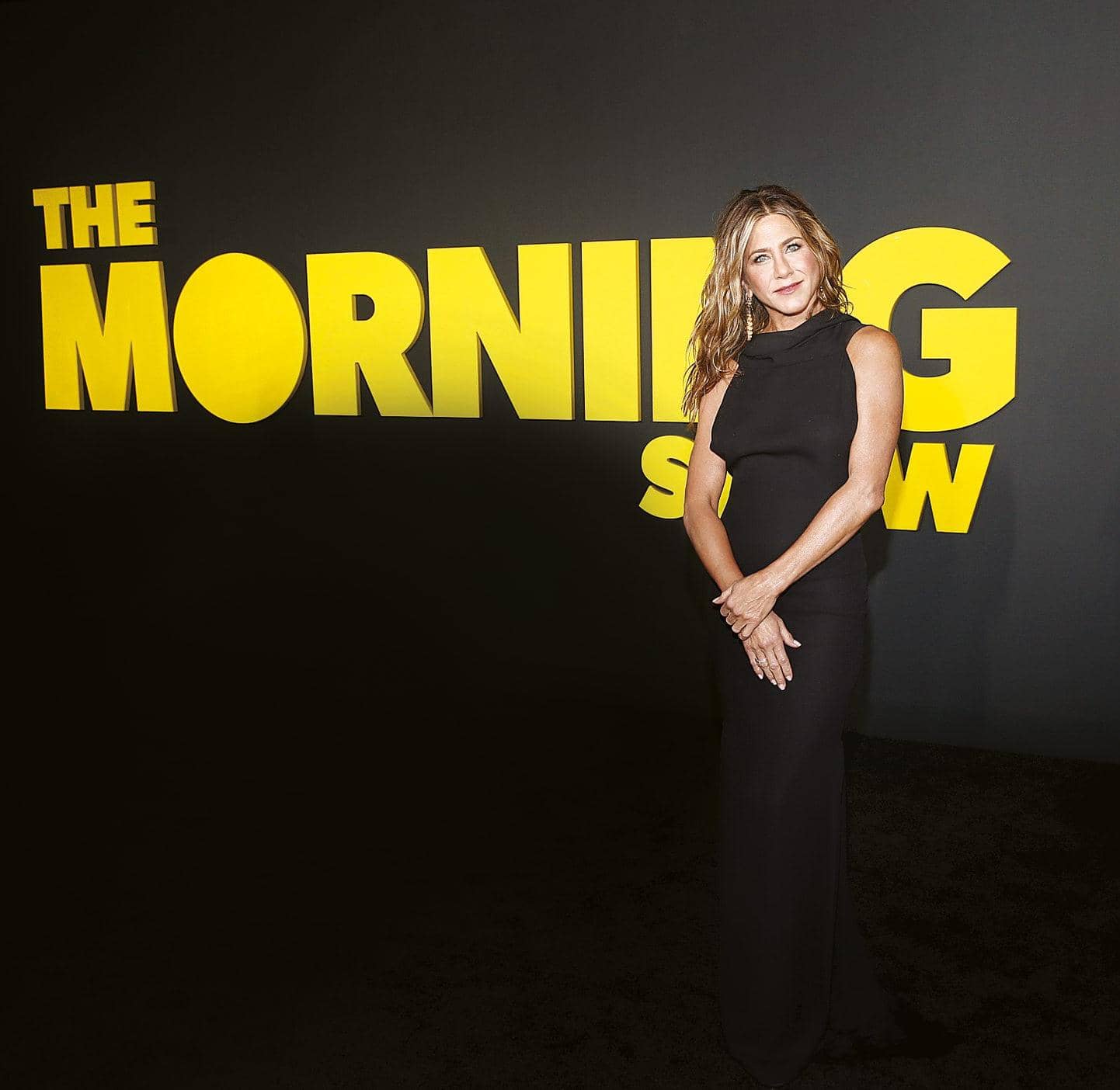 Even though she’s considered TV royalty, Jennifer Aniston hasn’t graced television screens since she ‘got off the plane’ to be with Ross in the Friends series finale in 2004. Which is why we were thrilled when news broke of Apple TV’s new dramedy The Morning Show. Jen’s back! Just don’t expect to see aversion of Rachel Green –our favourite Friend’s new character, Alex Levy, is ruthlessly ambitious.

In the show, news anchor Alex finds herself at the centre of the #MeToo movement when her longtime co-host (played by Steve Carell) is fired for sexual misconduct. The role, says Jen, has everything: ‘children, guilt, power struggles, being a woman in the industry, going through a divorce, publicly going through a divorce, feeling alienated, being just a little bit of a screw-up’. Jen is also an executive producer of the show, alongside her old friend, Reese Witherspoon.

‘When we found out that we were among one of the first shows to be bought by Apple, Reese and I both had this pinch-me moment,’ she says. ‘The first women to help launch a network as actors and producers, having a beautiful piece of that pie that we really earned and deserved –we had a big toast to that.’

Her character has to grapple with sexism and ageism in the industry, among other issues. ‘Alex’s sell-by date expired long ago, and she’s trying to stay relevant,’ says Jen. ‘The show was always about the abuse of power, and women and sexism. We sold it in the summer, then Harvey [Weinstein] happened in the fall… Reese and I were like, “The show is writing itself.” It was as if the universe was begging for this patriarchal society to be exposed. It’s crazy.’

With this relevant and sensitive premise, it’s no surprise that the team behind the lens is mostly made up of women. ‘There are a lot of women running this show, and it moves really smoothly,’ says Jen.