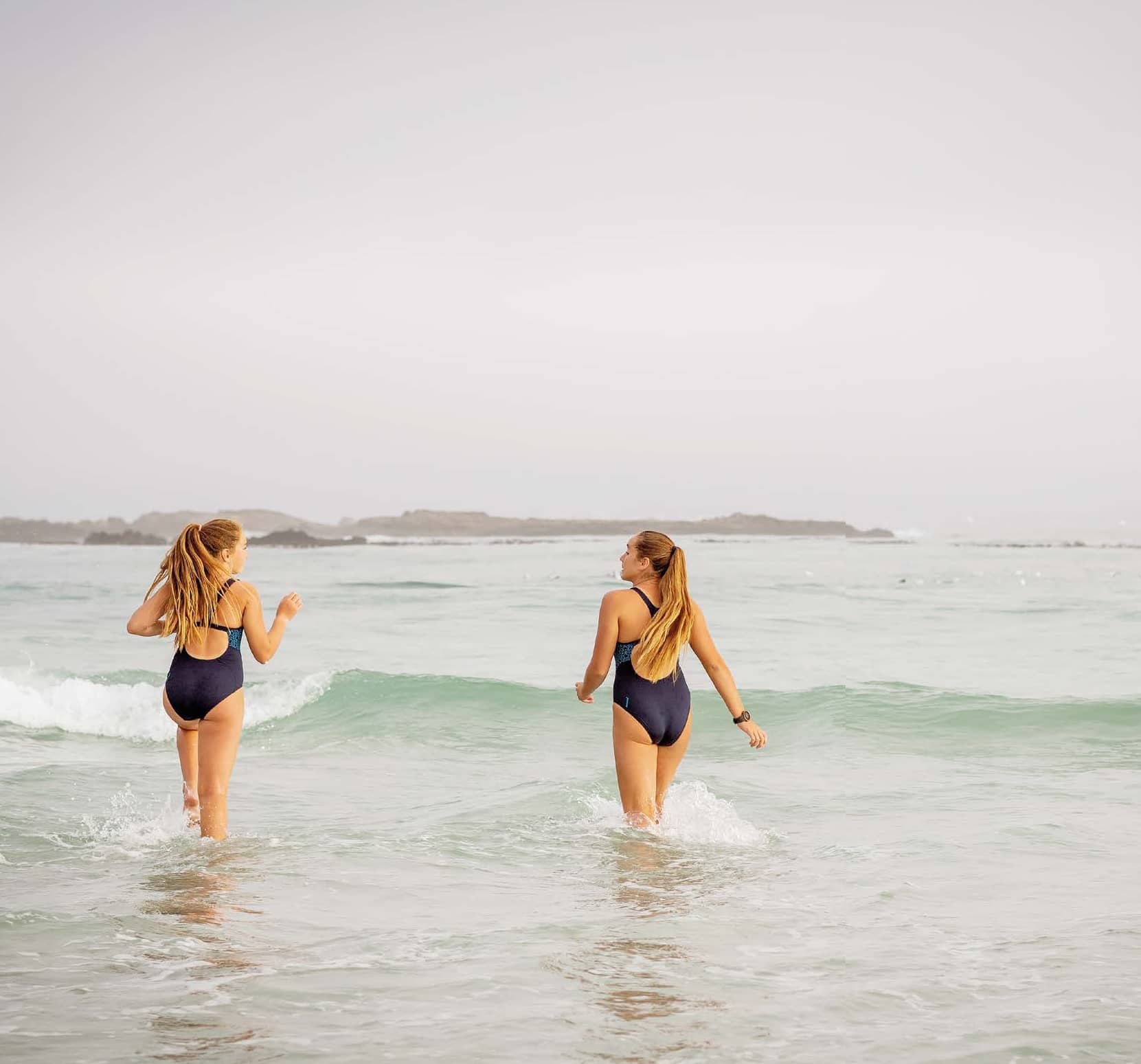 These St Francis Bay sisters are proving that you are never too young to make an impact on the lives of others. Abriella and Issataya Bredell have broken two world records as the youngest people to swim Robben Island and Cape Point waters, and they’re doing it all for the Red Cross War Memorial Children’s Hospital.

Sisters Abriella (13) and Issataya (11) Bredell were introduced to swimming in preparation for a family sailing trip. ‘Our mom took us for swimming lessons so we could be water-safe before the journey,’ says Abriella. ‘I went for my first lesson at two when Issataya was still in my mom’s tummy, and when she turned two, she started her lessons.

‘When we returned from our trip, we wanted to continue swimming because it had become an everyday part of our lives. Our coach said we’d start with two sessions in the pool each week before getting into open-water swimming.’

Abriella went on to do her first 500m open-water swim at the age of seven. Two years later, when Issataya turned seven, she did the same.

‘By the time I was nine, I was swimming up to 7km,’ says Abriella. ‘The following year, I heard about the Robben Island swim, and I began training for it. My distance started to grow, and I started feeling stronger and more confident in the water.’

In January 2018, at 11 years old, Abriella set her first world record, as the youngest person ever to swim the 7.9km distance from Robben Island to Bloubergstrand. She chose to dedicate it to a cause, asking the public to support her by donating funds for children at the Red Cross War Memorial Children’s Hospital.

‘After I set my first world record, I decided I wanted to do it again because it had become something bigger than just me,’ she says. ‘I told my mom that I wanted to do this for the good of struggling children. The swimming is a challenge but it’s not nearly as big a challenge as so many kids face out there every day.’