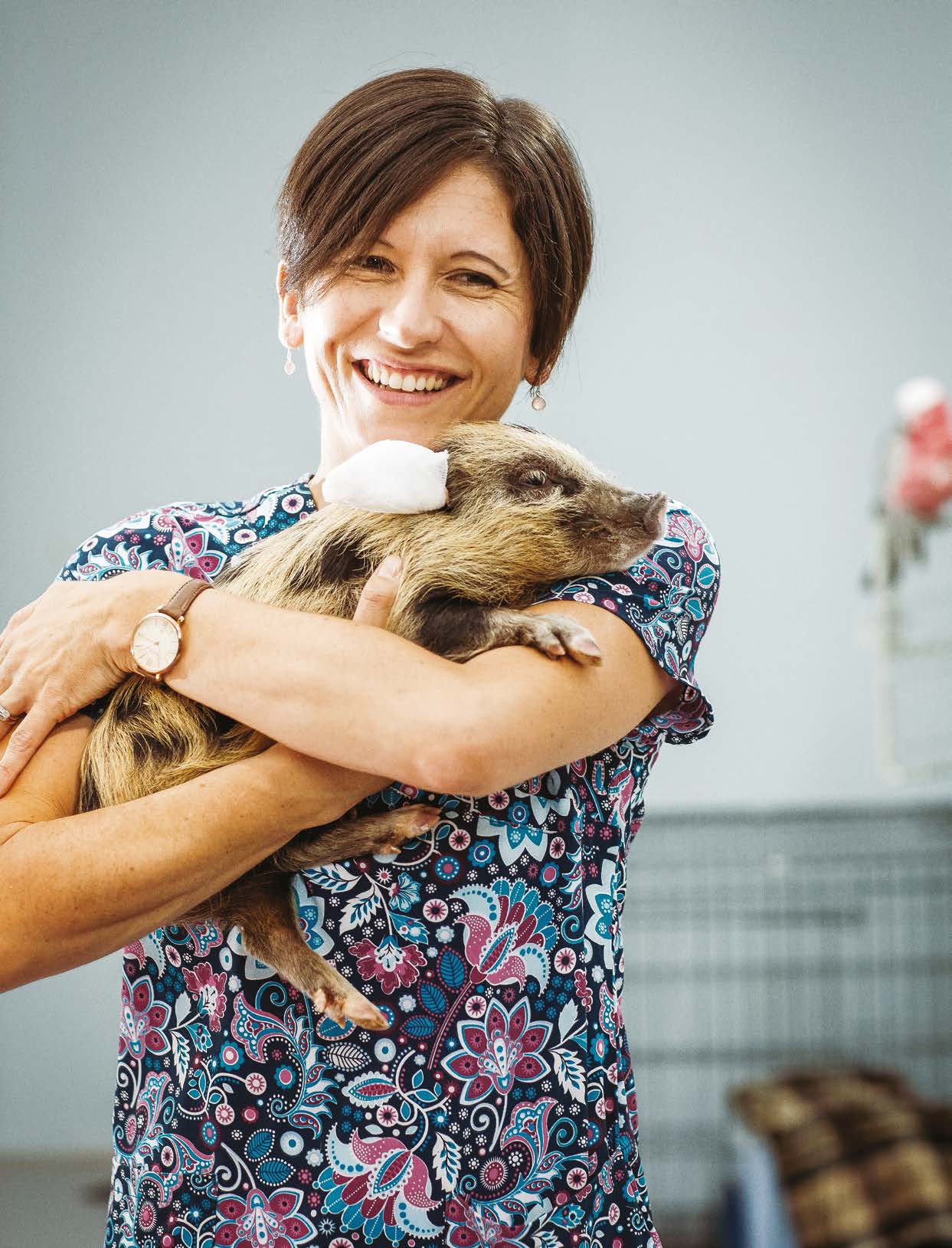 Working a ho-hum desk job and making chit-chat around the water cooler isn’t for everyone. These women have the kind of job titles that you don’t often see printed on a business card – ranging from cool to downright crazy.

We all have to make a living. But while most of us make do with something fairly conventional that brings in a steady income, others colour way outside the lines. Meet the women who are defying tradition and making a name for themselves in weird and wonderful ways. Who knows – they may inspire you to rethink your own career path…

Walk on the wild side

After studying to become a vet in Australia (where everything is trying to kill you – of the 25 most dangerous snakes in the world, 21 call Australia home), Dr Bernice van Huyssteen wasn’t satisfied with treating just cats and dogs when she returned home to SA. (Not that she doesn’t love them: she has a Goldendoodle named Teddy, a galah cockatoo called Ella and Violet, a rabbit.) ‘When I came back I was working in a general vet practice, and I opened and ran an avian and exotic wing within it,’ she says. ‘But we knew there was a need for a dedicated exotic-animal hospital.’ She and her husband, Martin Botha, took a leap and opened the Cape Exotic Animal Hospital, the first of its kind in the Western Cape, in 2018.

As you can guess from a hospital that deals with exotic species, each day comes with a new surprise. ‘Most of our patients are parrots, rabbits and rats, but you never know what will come through the door,’ says Bernice. She’s had a few people arrive at the practice to say they picked up a collapsed adult caracal on the side of the road and now it was in their car – and very much awake. (‘I cannot stress this enough. Please don’t pick up wild animals!’) She once treated a common basilisk, a type of lizard, which she’d never done before. ‘You don’t find them here, and Googling them primarily brings up Harry Potter references.’ They’ve performed C-sections on snakes, eye surgery on a leopard gecko and operated on a goldfish; the list goes on.

Bernice is most proud of the work they do with the Two Oceans Aquarium, which is pro bono, and Cheetah Outreach. Recently, the aquarium called to ask if the hospital could assist with moving two ragged-tooth sharks. ‘Luckily I don’t have to do the actual jabbing of the sedative, but once they’re moved out the tank and into a medicine pool we have three minutes to work on them: get a blood sample, give them a once-over, position a little pipe so they can breathe, weigh them on a scale, move them to the travel tank, then inject them again to reverse the sedation.’

Then there’s the time they took care of three baby cheetahs who, as cute as they were, ‘still somehow managed to get out of their enclosure and eat through our telephone wire’.

It can be difficult being an exotic-animal vet in SA. ‘There is little research on and information about some of the species of animals we deal with, and there is limited training available on how to work with some of them,’ says Bernice. She recalls the time a colleague needed to sedate a lobster, yet despite all her research on where to inject it, all she could find online were recipes on where to inject lobsters with butter! Bernice relies on international vet forums and published data, but when all else fails she says you have to go with your gut. ‘You need to fall back on your first principles – if this were any other animal presenting with these symptoms, what would your next logical step be? ‘I love the animals I work with,’ she adds. ‘It can be stressful and tiring, but the animals make it worthwhile.’ 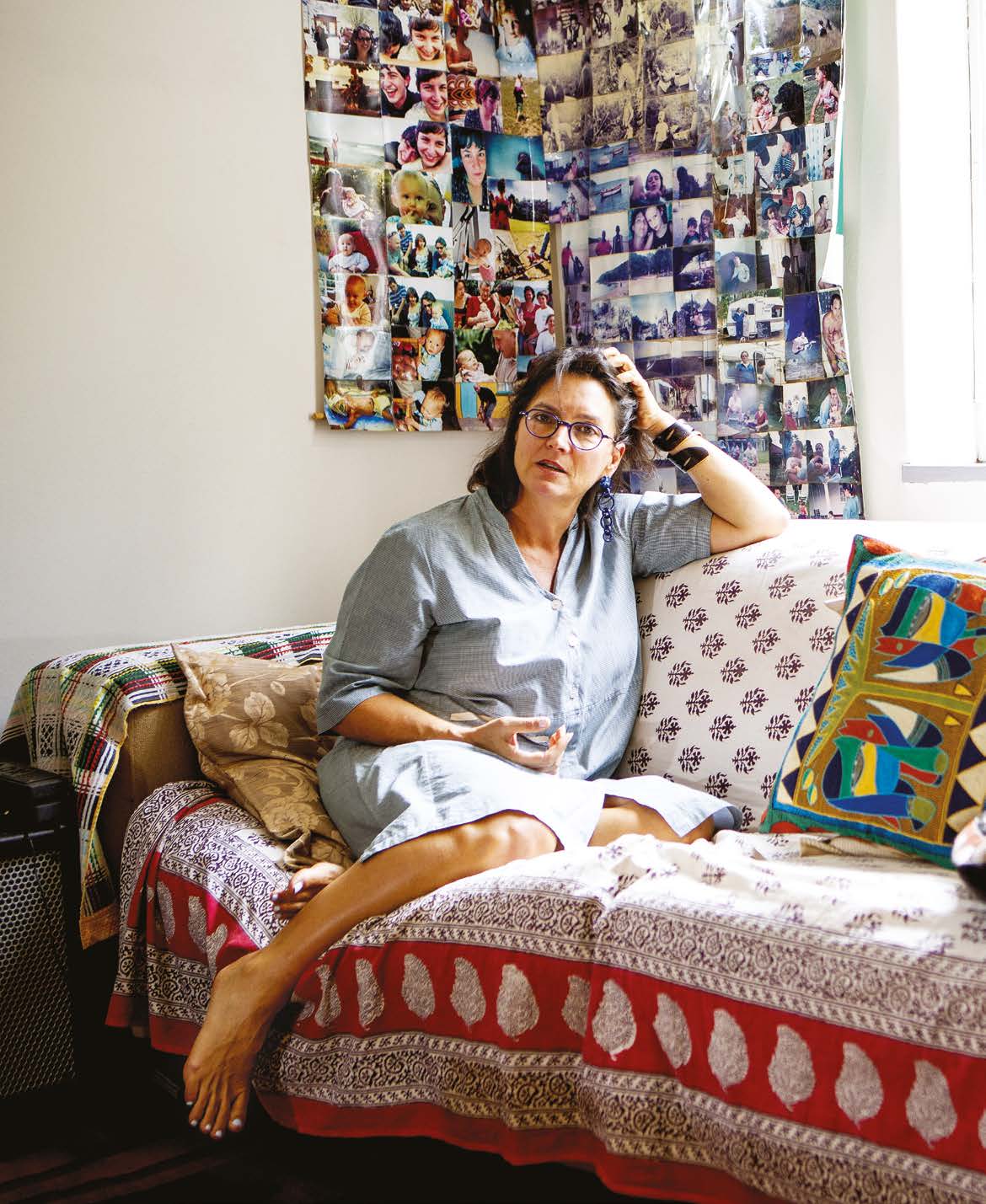