Not Just A Fleabag 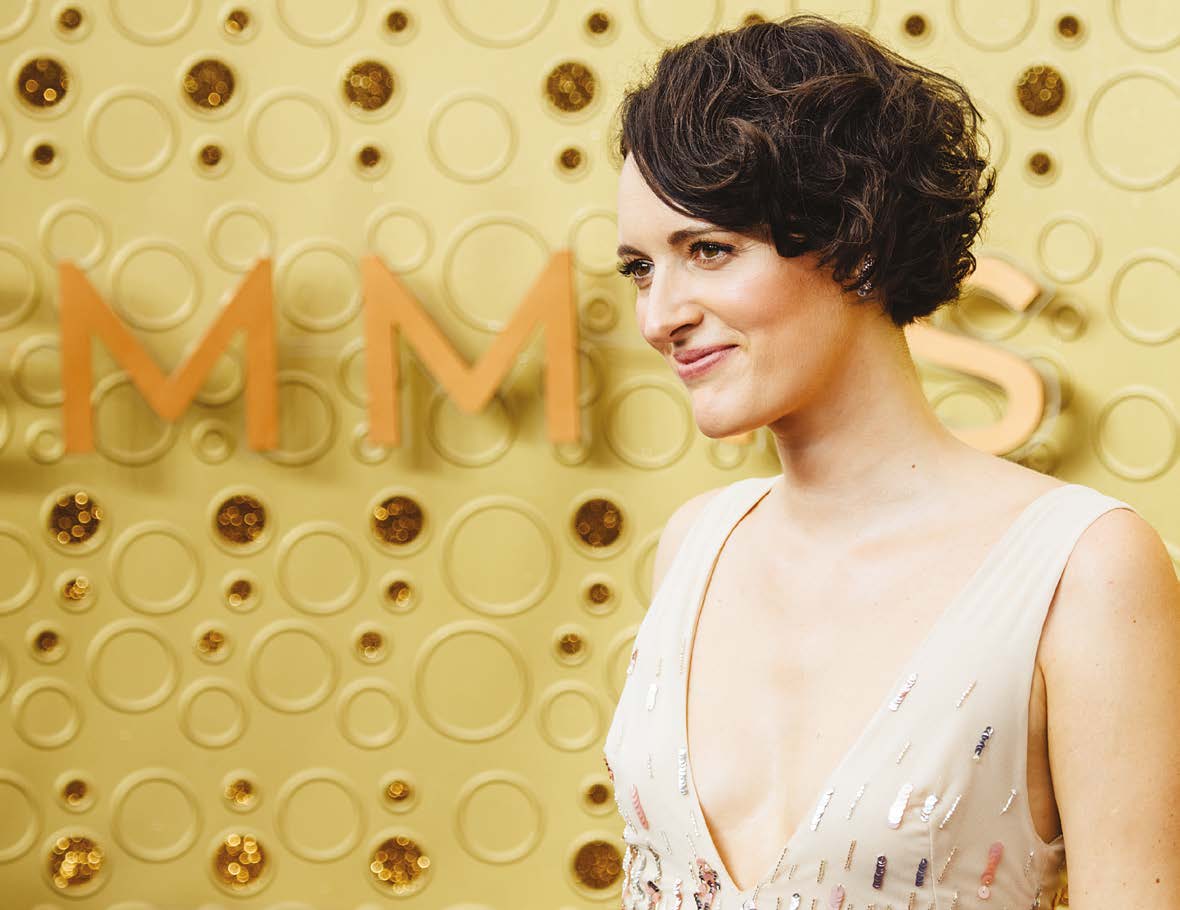 Whether in front of the camera, up on stage or behind the scenes writing and producing, Phoebe Waller-Bridge turns everything she touches to gold. We can’t get enough of TV’s most daring new darling.

It’s hard to describe Fleabag to someone who hasn’t seen it. The Guardian calls it ‘a hilarious sitcom about terrible people and broken lives’; the New York Times, ‘a sex comedy that is secretly a tragedy’. And in Late Show host Stephen Colbert’s opinion, it’s ‘the only perfect television show ever made’.

Phoebe Waller-Bridge writes about grief, sex and self-loathing, but somehow it’s really funny. You’re laughing and following along, then bam – right when you least expect it, she lands an emotional gut-punch. ‘You’re not braced for the impact, and it’s a killer,’ says Vicky Jones, the director of Fleabag (the stage version).

Through most of her 20s, Phoebe struggled to land a job. ‘I went to RADA [Royal Academy of Dramatic Art] thinking I was quite a good actor and came out thinking I was appalling,’ she says. Stuck and unemployed, she started writing her own scripts, with one goal in mind: to play a character she could really relate to. Inspired by the cynicism she felt in her 20s, a touch of female rage and her childhood nickname, her one-woman show, Fleabag, was born.

‘A fleabag motel is a bit rough around the edges and a bit of a mess,’ she says. ‘I called her that because I wanted her persona and her outside aesthetic to give the impression that she was completely in control of her life, when actually, underneath, she’s not.’

Despite speculation, Fleabag isn’t autobiographical, although there are similarities between Phoebe and her creation. During her Saturday Night Live monologue, she quipped: ‘People often assume that I’m like the character, Fleabag, simply because I wrote it: sexually depraved, foul-mouthed and dangerous. And I always have to say, “Yes, you’re absolutely right.”’

Fleabag started off as a one-woman play that was a massive hit during its debut run at the Edinburgh Fringe Festival. Once it was adapted into a fourth-wall-breaking TV show and picked up by BBC and Amazon in 2016, Phoebe couldn’t go anywhere without being recognized as the girl who ‘had a wank’ to Obama.

There aren’t many taboos Phoebe won’t tackle, but there is one thing she’s firmly said no to the third season of Fleabag. After two successful seasons, she’s decided to leave Fleabag to her own devices. ‘I quite like the idea of coming back to her when I’m 50 because I feel like she would have had more life then, and God knows what she would have gotten up to.’

While Fleabag is playful and personal, Phoebe’s other gem, Killing Eve, adds a morbidly humorous twist to the thriller series. Not only does she shake up the genre with an impressive female-led cast, but also enthralls audiences with the tense cat-and-mouse game between MI6 detective Eve and oddly endearing psychopathic murderer Villanelle. ‘They give each other life in a way that’s more complex than a romantic relationship,’ says Phoebe.