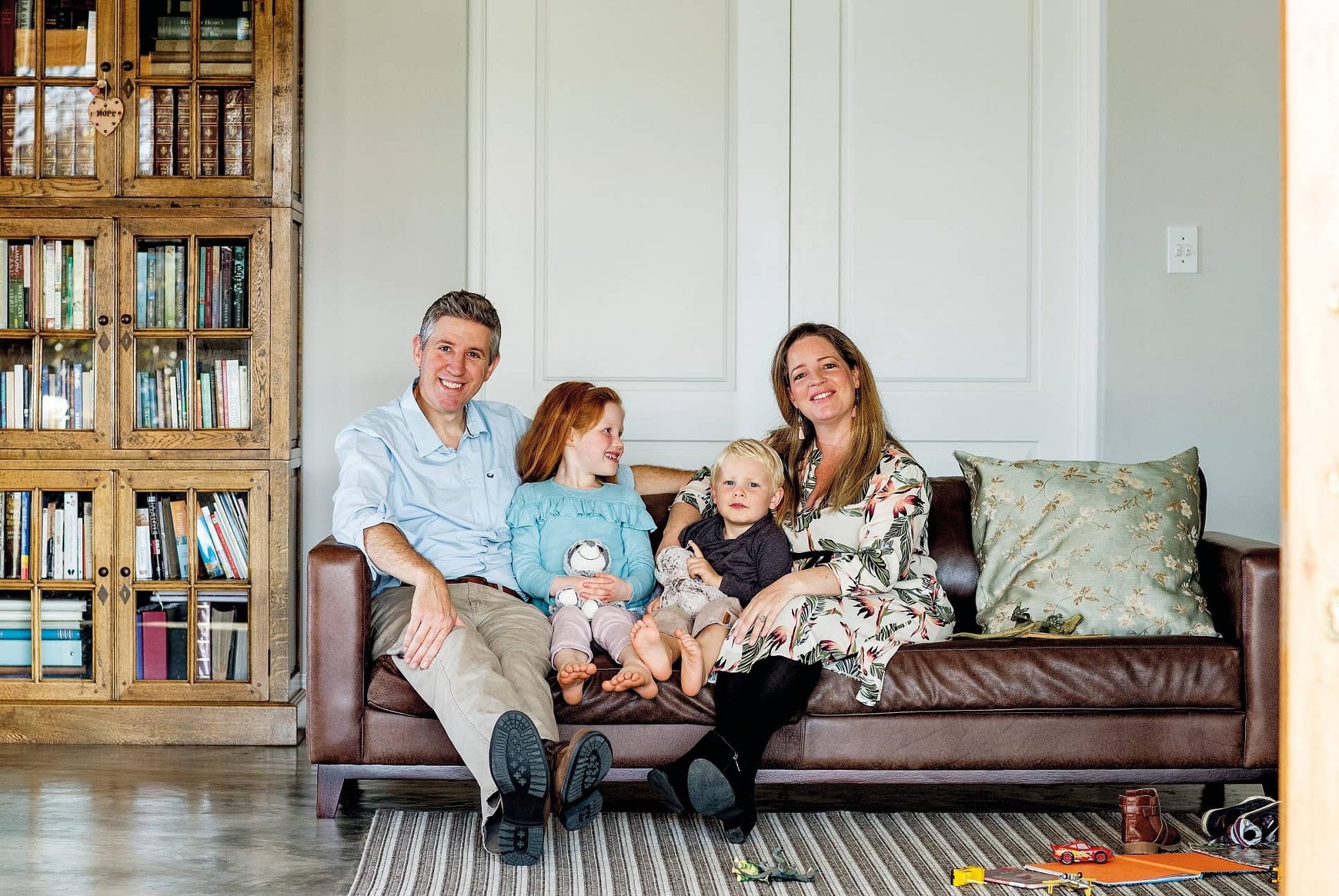 A late-night podcast about snowflake babies gave hope to Angie and Mike Hausner, who were facing a long wait for their second adopted child. Less than a year later, Angie was pregnant.
Robyn Wolfson Vorster

It’s the first day of the school holidays and three-year-old Jake is playing dinosaurs in the fort he’s made in the garden with his beloved big sister, Zoe, now six. He stops roaring for a moment; his face lighting up as his dad arrives to join the game. With blue eyes like both his dad and sister, it’s hard to believe he isn’t genetically related to either of them. Nor is he related to Angie, even though she gave birth to him. His parents joke that despite any family resemblance, his white-blonde hair shining in the early spring sunlight is a reminder that he started life as a ‘snowflake’ – an adopted embryo.

Over tea and baby pictures, Angie explains that she gave up on the possibility of falling pregnant three years into their marriage after Mike was diagnosed with non-obstructive azoospermia – the complete and permanent absence of sperm. The couple, who chose not to use a sperm donor, took time to grieve their loss, trying to process what their lives would be like without children. Their long wait was agony for friends and family, who were understandably keen to ‘fix things’. At the time, they could not explain their hesitancy to act. Looking back, they now say they realise they had been waiting for Zoe.

They met her in late 2012, less than a year after making the decision to adopt and beginning their screening process. Zoe was five days old when they brought her home. For both Mike and Angie, the love they felt for her was instant. Even though adoption came with the tedium of paperwork, assessments and an indeterminate wait for a baby, the couple believe they were destined to raise Zoe and are fervent adoption advocates. So, although they were content with one child, they decided to embark on their second adoption process when Zoe was 15 months old.

It was well into this second adoption that Angie happened to listen to a late-night podcast about embryo adoption. ‘My interest was piqued by the term “adoption” coupled with “snowflake”,’ she says. ‘I was astounded as I listened to story after story of people around the world who had grown their families in this way. I even nudged my sleeping husband awake to tell him about it.

‘A month later, out of the blue, a friend sent me a document about adopting embryos. From having known nothing about embryo adoption, I’d heard about it twice in one month. That felt like a sign to explore more.’