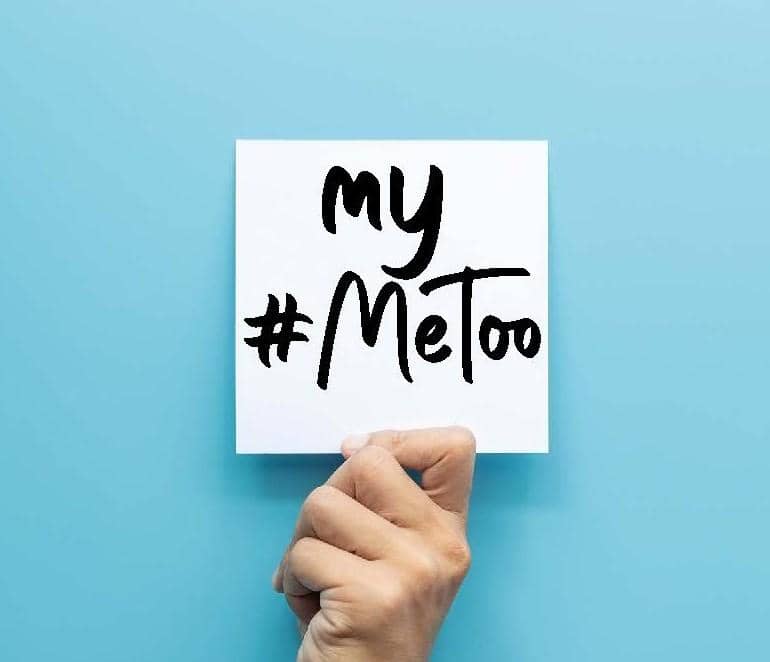 I grew up in what was a halcyon period for white South Africans. For some – perhaps many – girls and women, though, this wasn’t the whole story, and it took the rise of the #MeToo movement for me to recognise the extensive sexual abuse in my own life, stretching back to my childhood.

When I was six years old we visited my dad’s friend, a chef, who lived out in the country. While the adults – my mom and dad, and the chef and his wife – sat outside on the back patio, drinking wine and chatting, I went inside, into the chef’s study – it was lined with books, and I’d just discovered the life-changing world of reading.

While I was scanning the shelves, a movement outside caught my eye. I looked through the study window. My little sister, who was five years old at the time, stood some way from the house, about halfway up the small koppie in the back garden. She was looking at something or someone out of my line of sight, and shaking her head.

I crept down the passage to the kitchen, the back door of which led out to the patio where the adults had been sitting. Now, the chef was at the back door. He was standing side-on to me, so I could see he was gesturing to my sister. He was crooking his index finger repeatedly; it was saying, ‘Come here.’ I recalled my sister’s slowly shaking head. It was saying, ‘No.’ I realised then that what the chef was doing to me he was probably also doing to her.

When I was 10, my sister and I took some visitors of a similar age, daughters of a colleague of my father, down to the lake. We lugged a couple of big cardboard boxes with us, which we flattened out and used to toboggan down a steep grassy slope. While we were playing, a kombi pulled up nearby.

The man in the driver’s seat wound down the window. ‘I’ve got something for you,’ he called to us. ‘Come and look.’ My sister, her curiosity piqued, took a few steps towards the kombi, but an instinct warned me that all wasn’t well. ‘Don’t!’ I said.

My sister, probably showing off in front of the other girls, gave me a scornful look. ‘You can’t tell me what to do,’ she said, and ran over to the kombi. Then immediately she ran away again, screaming in part terror, part glee. ‘His thing! He showed me his thing!’

At age 15, I was a learner at an all-girls’ government school. In assembly one morning, the headmistress had an important message for the student body. ‘Girls, there’s a pale blue Ford Escort that sometimes parks outside the front gates around the time school ends. Don’t go near it.’ Some of the older girls shot each other knowing looks – they didn’t need an explanation; they knew why. I didn’t. What was wrong with the car that we couldn’t go near it?