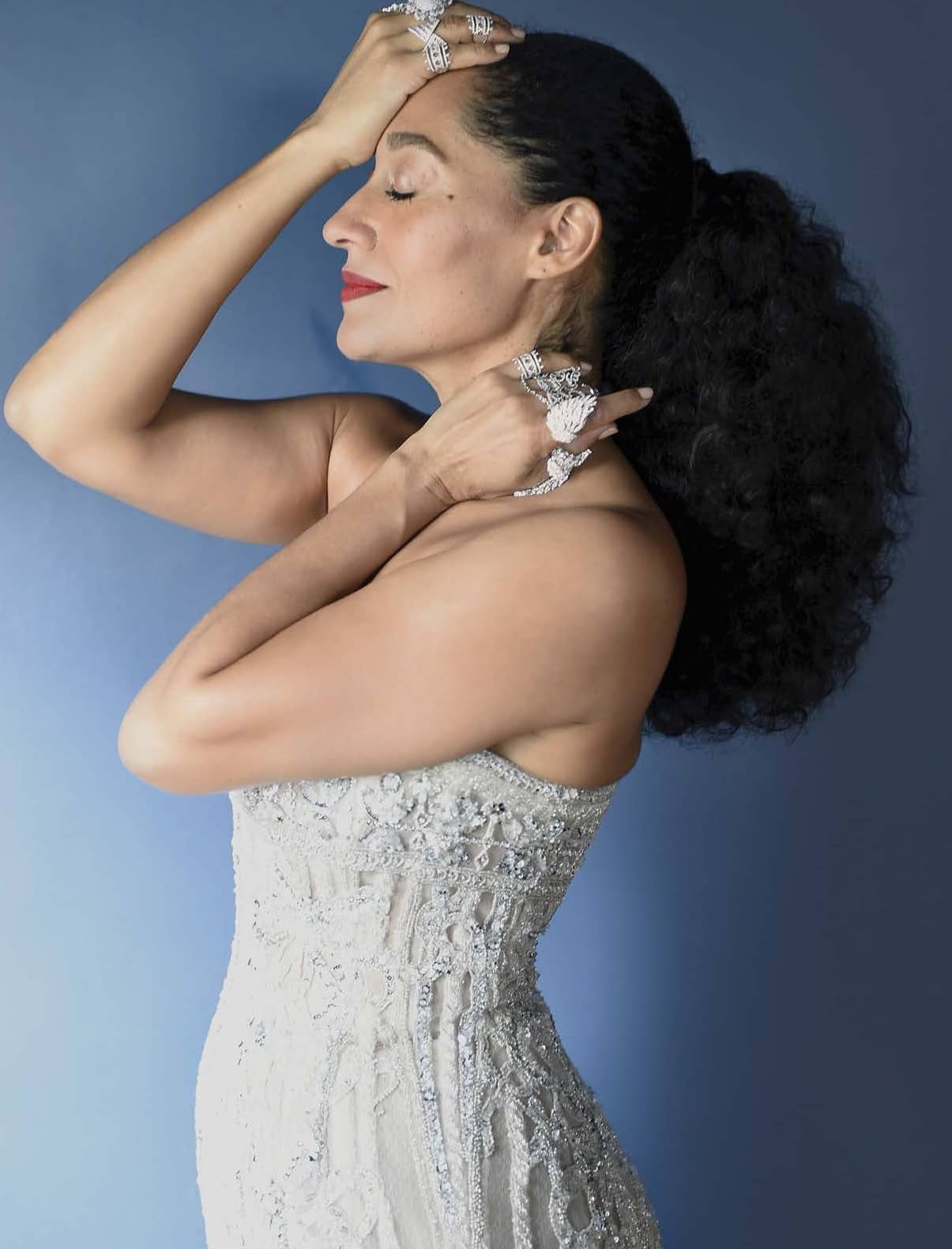 Instead of resting on her laurels as the daughter of Diana Ross, Tracee Ellis Ross has made a name for herself as an award-winning actress, director, activist and fashion icon.

With the legendary Diana Ross for a mother, you’d think Tracee Ellis Ross (47) had it made from the start – that’s showbiz royalty by blood, after all. Not so. ‘Being the “child of” meant you were sort of riding on the coat-tails of your parent,’ she says. ‘It would unlock the door, then people would sit on the other side… waiting for you. Like: “She’s no Diana Ross.”’

She does, however, admit to living a charmed life: Tracee attended elite schools in New York and Switzerland, and graduated from Brown University with a BA in Theatre Arts. After that, she worked briefly as a model and as fashion editor at Mirabella and New York magazines, before finally landing her debut lead role in the comedy television series Girlfriends.

The wildly successful show was something of a novelty in the early 2000s. It followed the lives of four young black women, a demographic until then largely ignored by the media. Despite the ground breaking source material, the show never achieved main stream recognition. ‘When I was on Girlfriends, I thought I would be able to get on David Letterman or Jay Leno or some talk show, yet it never happened! says Tracee. ‘After being the lead on a show for eight years that did incredibly well, I thought the seas might part and I would have my pick of the litter – that didn’t happen.’